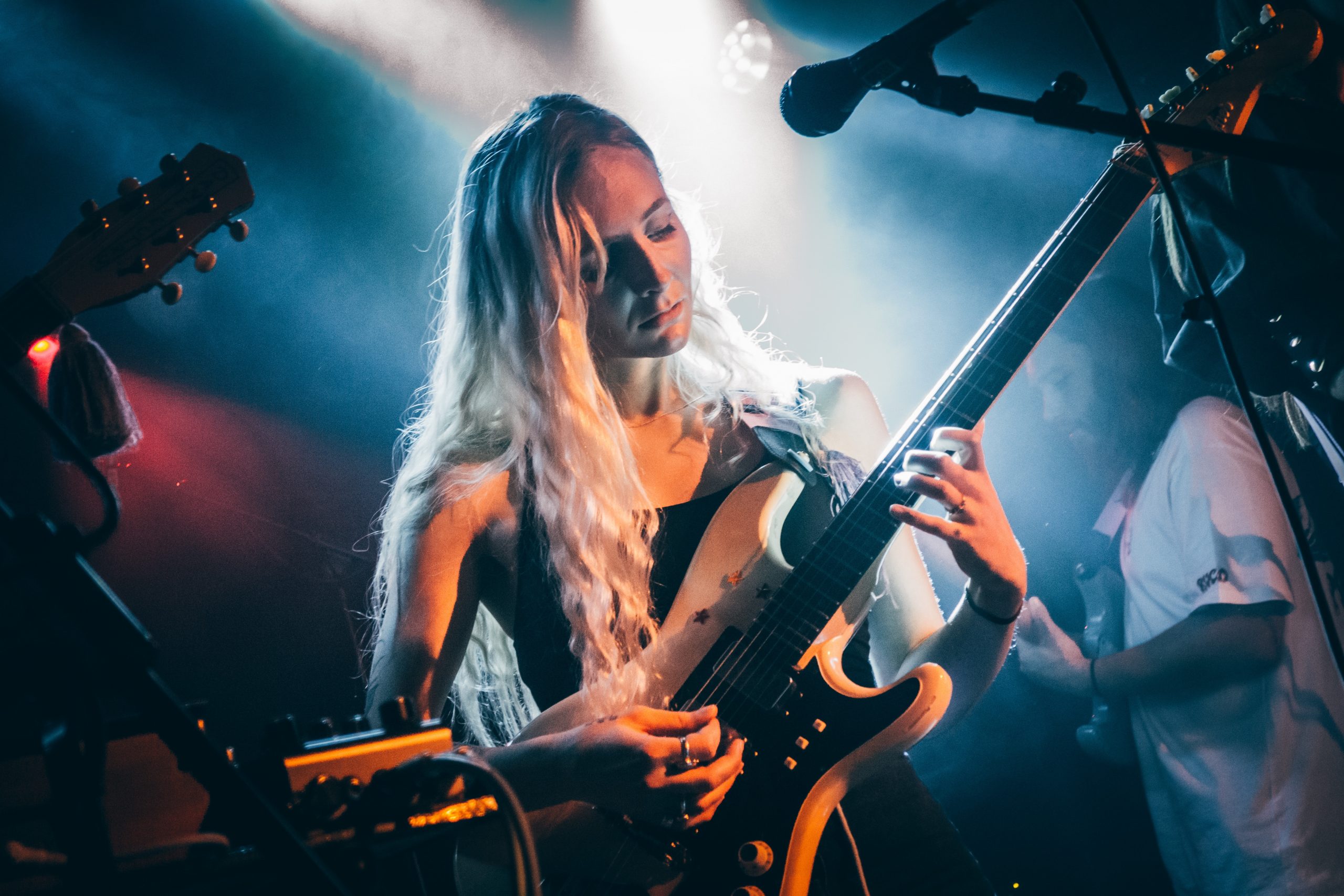 Every few years, a band just appears out of nowhere who appeals to Radio 1, 2 and 6 listeners. There’s always something odd about them. Either, something doesn’t ring true about their backgrounds, or no one remembers seeing them play live. Wet Leg are the latest band to come from nowhere with the indie hit of the summer, ‘Chaise Longue’. A truly superb piece of infectious indie pop. Signed to Domino Records, they seemingly had no live pedigree before the debut single. Part of me thinks I’m being hoodwinked. The other party of me is jumping up and down to ‘Chaise Longue’ not caring.

Tonight’s sellout gig at Omeara had a whiff of Industry about it. It also had a lot of people who had a ‘fear of missing out’ on something new and special. Already their next gig is at Koko. So it’s clear they are on a stratospheric rise. Like many, I wanted to see them before they played a big stage.

Opening the evening were Porij. Really not my type of music. Kind of like kids discovering their parents 90s dance music and creating a more sophisticated version that could be played live. It didn’t appeal to me back then. No reason for it to start to appeal now. Drummer though did are great job of pounding out the beats.

Wet Leg appeared on stage full of smiles. Clearly enjoying their first steps into unexpected fame and seeing their first (sell-out) headline London show as the slightly surreal event it is. There’s no denying playing a venue they could have sold out several times over, they are going to be big.

So are they worth the hype? In all honesty, it’s hard to say. The two songs they have out are absolute hits. They are catchy with a wry sense of humour. They don’t overstay their welcome and aren’t trying to do anything other than being fun songs. And the audience loved them. I’m certain with a less FOMO crowd, the place would have been absolutely bouncing for those songs. I can see when they play Koko, the place will explode when Chaise Longue is played.

Tonight playing a full set for about 45 minutes. The other songs didn’t have the same hookability. But we were also hearing them for the first time. Maybe after a few more listens they will have a similar impact and while Rhian was really enjoying the evening, Hester seemed to be ill. From where I was stood, she seemed to be struggling at times and looked to me like she had a cold. The other band members seemed to show her an occasional sympathetic and concerned face. Maybe I’m wrong, but she didn’t look comfortable tonight.

So I’m going to be a coward and reserve judgement. The building blocks of a good band are there. While I wasn’t left with a feeling like I’d seen something special. By next summer, a band who don’t take themselves too seriously and have catchy songs, almost certainly with a successful SXSW under their belt, will undoubtedly have festival on both sides of the Atlantic bouncing. That’s not a bad future to look forward to.