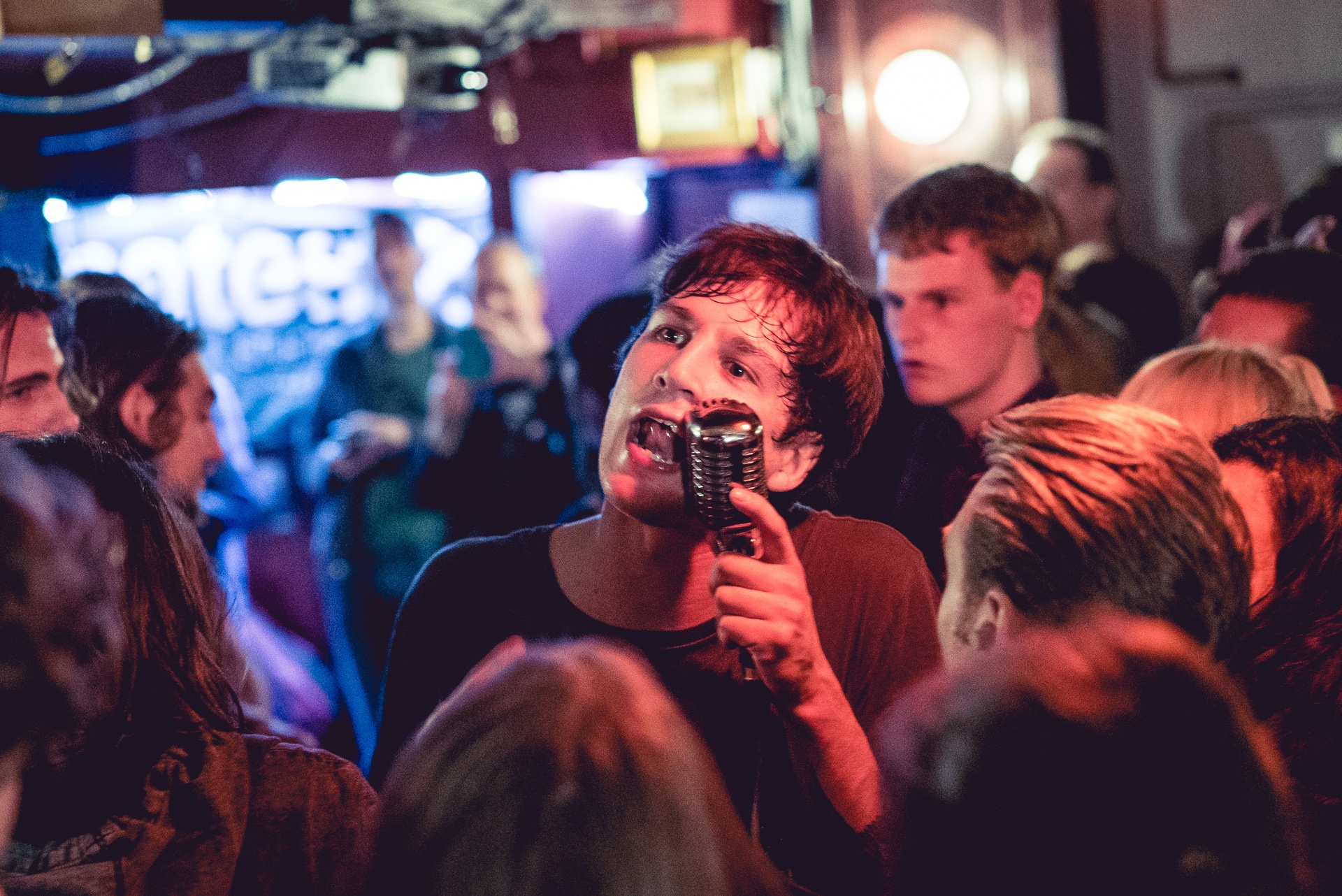 It’s finally happening….. and I’m not happy about it.

After 16 months, it’s finally happening. From Monday, music venues will once again hold normal gigs with no social distancing. It’s been a long journey and at times I thought I’d never see the day.

Initially, fans ploughed their money into the many crowdfunding pages set up by venues desperate for cash to help them survive. Later, sterling work by the Music Venue Trust pushed the government into providing financial support for grassroots venues. But despite the support, several venues unfortunately didn’t make it and I’m sure many will continue to struggle for the rest of the year.

Also, for me, one of the problems with the social distancing model was that several venues required you to buy tickets in pairs or sit with somebody you don’t know. And then, you were often given the crap seats and not ‘down at the front’. Not acceptable in the slightest to somebody who often goes to gigs on my own and feels disconnected when I’m not at the front.

Not in the slightest.

After 16 months. We understand so much about this virus.

It’s airborne and turns into an aerosol that becomes a risk the longer you spend in a space.

If you stand within 1m of a person who talks into your face, you can catch it within minutes.

Even at 2m, 15 minutes is pushing your chances. Some studies suggesting the risk is even shorter than 15 minutes and Delta appears to be even more contagious. The recent rise in infections amongst Scottish fans who’d been in close contact outdoors in Trafalgar Square illustrates the risk

We know in poorly ventilated rooms, If there is a single infected individual, COVID levels build up and you can end up with a superspreader event. I read yesterday of a pub where 12 people came down with COVID after watching the England vs Denmark match, some of whom were double jabbed.

Talking of superspreader events. There have been numerous breakouts traced to clubs and to events where people we signing. From choirs in America to mass breakouts in Korean clubs.

When the government set their roadmap for opening up. They based the final opening on low virus levels and high vaccination levels But even then, scientists were warning that July and August were going to be risky months. Young people were not going to be fully vaccinated and so there was an expectation there would be a spike and a risk of a vaccine resistant strain developing.

I won’t go into the stupidity of the UK government’s travel policies that led to Delta becoming prevalent in the UK. I won’t go into their completely inadequate response and then ignoring their own scientists advice and their own criteria to continue their opening plans. We can’t change their poor decisions. We are where we are. The money venues have been living off was designed to get them through to the original June opening. We’ve already delayed the opening for a month. So I’m sure without another round of government funding, for some venues cash is becoming scarce. Sadly, venues are not left with much choice. They have to open next week.

But we aren’t at the stage four point we are meant to be. At the time of writing there was 51870 new cases today. A rise in the last week of 35%. Deaths today stand at 49, with a 50% rise in the last week. Hospitalisation are up 43% with 717 people admitted to hospital today. The most conservative model forecast two more doubling of numbers approximately every 10 days. Another model, has suggested that there will be three doublings before hitting the peak. If the three doubling model is correct, then by the middle of August there will be 200000 cases per day. But even the doubling model, means we hit 100K. This will undoubtably lead to at least 2000 people being hospitalised every day. Some hospitals have already had to put COVID surge plans in place and started to cancel operations. This is not a good position to be in.

But we’re all vaccinated?

Well vaccines do not make us all immune. The very best estimates are that the vaccines are 94% effective. The reality will probably be much less than this. But lets say 6% is correct, we should expect the numbers catching COVID to be big if there’s 200K daily infections. Many won’t be hospitalised. But each infection could cause a mutation that bypasses vaccine effectiveness. This is why scientists are warning we’re entering possibly the most dangerous period of the last 16 months and that the current plans to continue with reopening plans are ‘immoral’ with the potential to put us back to square one.

So where does this leave venues?

From Monday, venues become the front line of the battle. Unvaccinated young people who are driving the increases, mixing with older gig goers in often poorly ventilated rooms, in very close contact, well within the 1m minimum recommended by scientists, mixing for several hours or having to navigate pinch points leaving the venues.

Regular gig goers to small venues know many of these spaces are basic. Many don’t have air conditioning that mixes in fresh air, just have recycling cooling units. We know many of the venues we go to aren’t always the cleanest spaces (especially toilets). We know many of them have pinch points as they’re upstairs in pubs that often are difficult to get out of or require you to push past people. We also know none of them can open windows or external doors because they’re surrounded by residential properties – and let’s face it, many residents will not be happy their local venue is reopening and looking for any excuse to complain. Basically, it’s difficult to make venues safe.

Let’s just take a second to process what ONS are saying today. In some areas, around 1 in 95 people have COVID. Think about that figure. How many gigs do you go to in small venues where there’s 100+ people. A lot right? Going to a gig next week, the ONS are saying expect one person in that hot, sweaty, packed, poorly ventilated room, will have COIVD. Knowing that, do you feel safe in that room?

I’ve been really disappointed and frankly feel betrayed this week at the response of music venues. Probably like many. I’ve ploughed hundreds of pounds into keeping venues alive. Venues I’ve ploughed money into have all said they will open without requiring masks, or COVID passports/tests. Instead they will leave it up to us to decide how we protect ourselves. Their argument, they don’t want to discriminate against people. Remember, this is from the same venues happy to discriminate for single ticket holders during the social distance period and venues who often state they have no to access to gig goers in wheelchairs due to being unable to alter their venues. I’m not sure what this says about how they consider people who are vulnerable or careful. It’s seemingly fine to discriminate against them. Just not young people.

Venues, rightly were supported because they enrich our community. We’ve backed them. The government (reluctantly) backed them. Now is the opportunity to pay society back by making sure they are safe and they aren’t contributing to the problem. Yes, it’s not their fault the numbers are high. But they are. Simply making the vaccine passport or testing a condition of entry, will not only help encourage young people to get vaccinated, but it is the single biggest way of keeping their venue relatively safe. While I acknowledge checking for passports will make it slight more difficult to manage an event, but it’s not really different to checking ID for younger attendees and by checking, they will keep us and their business safe.

I guess it’s going to take the NHS app pinging most of their staff, to force them to realise that checking is in their own business interests. But until then, I’m sticking with my original opening plan of waiting until September. The only issue now, is that I’m no longer confident September will be as safe as I was expecting it to be.