Rhythms of the World is an annual ‘World Music’ festival that takes place in Hitchin. It used to take place within the town centre. This gave the festival a unique charm with venues such as the local Church hosting Buddhist monks, to amplified music on the big stage in the Market Square. Each venue had it’s unique style.

Unfortunately, due to pressure for better policing of the event from local residents and businesses, the festival relocated to the grounds of Hitchin Priory, a conference and wedding venue. Previous years, the weather had been fine. So the Priory’s grounds were a great compromise location. However, this year the heavens opened.

It’s easy to say in hindsight that holding a festival in the beautiful grounds of a conference centre during a week of particularly heavy rain was a stupid thing to do. The grounds were bound to become mush and that’s exactly what happened. Except it didn’t require hindsight. It was obvious the whole week and most people were concerned it would have to be cancelled. So it didn’t have to go ahead. 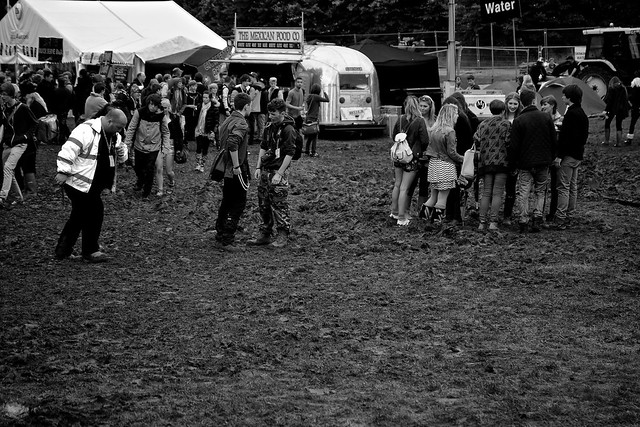 The scene not long after the festival opened.

Unfortunately, Hitchin Priory have understandably decided that they will no longer host the event. At the end of the day, people who’ve booked their dream wedding in the grounds don’t expect to turn up to a site that’s turned into a muddy bath. As I said it was easy to say this in hindsight. But even on the day, the opening of the event was delayed by over 2 hours because they were having difficulty moving equipment around the site. That should have been the sign to cancel the event before the rest of the grounds were ruined.

To be honest, I tend to find the whole weekend a disappointment. I look forward to it for weeks on end. One of the charms of the original festival was the amount of music that challenged your pre-concieved ideas. Stages such as the Church meant that the organisers were able to schedule say cello music alongside noisier music because the were thick walls and distance between stages. But in a field, the acoustic music has been largely replaced by electrified guitars.

Now I like my electrified guitar music as much as the next man, but that wasn’t the point of this festival. With the change in venue, the balance was altered away from acoustic to electric. So unfortunately, there’s now three stages that effectively play heavily amplified music, an ‘eclectic semi-acoustic’ stage and the ‘church’ stage for everything else.

The line up this year was arguably pretty strong. The Damned were playing, along with JuJu (Robert Plant’s backing band from the gig the previous thursday) and there was some interesting music played. Unfortuantely, there was also a lot of dross on the ‘Introducing’ stage (basically teenage skater rock drawn from the local colleges), and also a large number of bands who seem to play every year, many good, but most are not ‘World’. It’s one thing putting up with the weather to see top-top bands, but it’s another thing to trudge through muddy fields to see local pub bands.

Which brings me to the central problem. The ‘identity’ of Rhythms of the World. As the name suggests, it’s meant to be a showcase of world influences. But if a large proportion of the bands are drawn from middle-class Hertfordshire, it’s hardly going to be very ‘World’. Personally, I think it’s time they closed the introducing stage and opened up another acoustic stage. If they want to continue with an ‘Introducing’ stage, then they need to find a way of having decent up and coming indie bands, not local college kids.

Next year, with the change of venue, hopefully it will give them a chance to rebalance the festival. 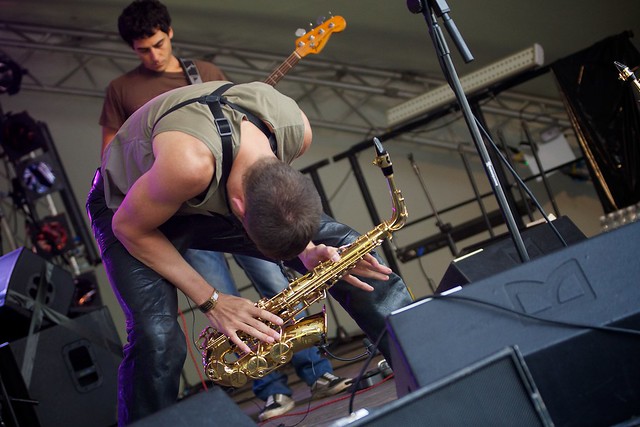 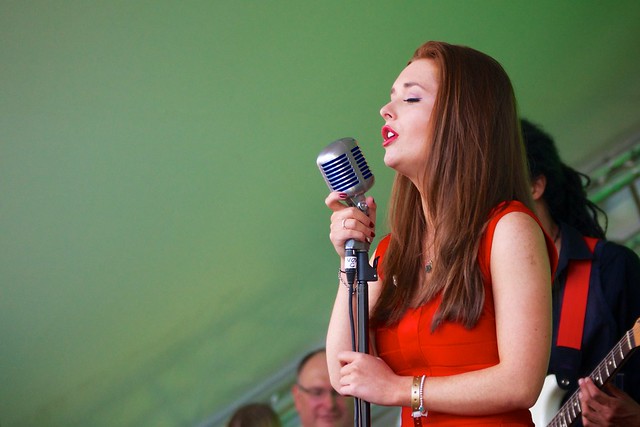 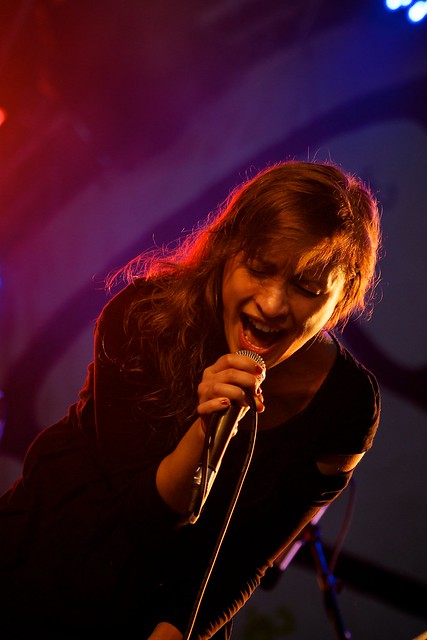 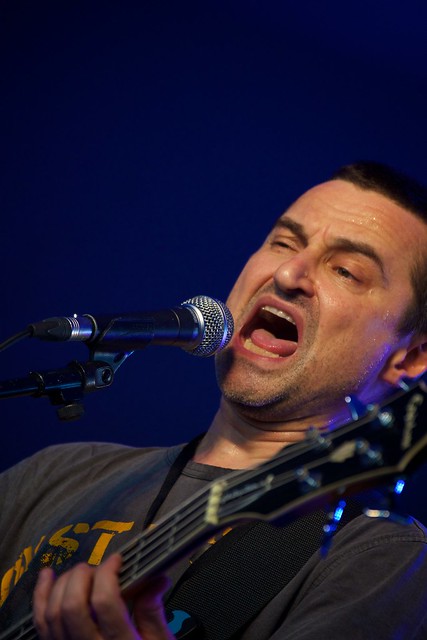 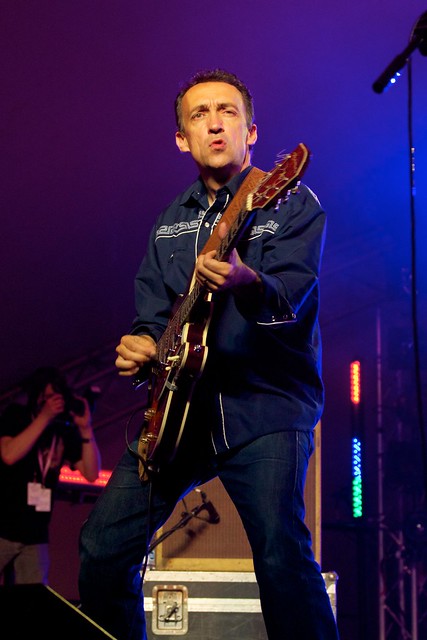 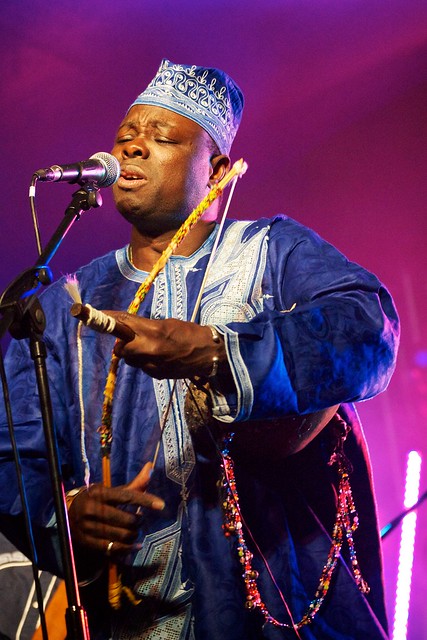 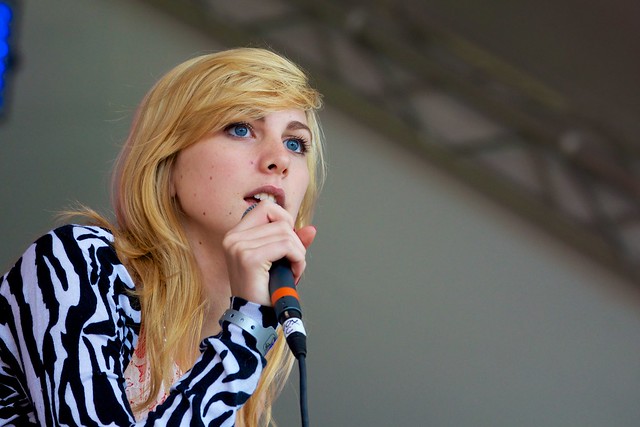