2017 was the year I stopped blogging! I got behind in January and never caught back up. As I had got to the point where I was only re-posting photos from my other social media accounts, it’s not a great loss. Sadly, I had decided I was going to use Storify as my main means of tracking my gigs in 2018. Sadly Storify is closing later in the year, so I’m on the look out for a similar application.

I’m already behind in 2018! This year, I’m going to use this blog to cover special gigs, festivals and monthly updates.

Two bands who just want to have fun. It was the perfect line up and a really enjoyable fun, energetic gig.

Band of the year: Aldous Harding

I’m giving the award again to Aldous Harding. This was the year she entered the mainstream. Touring constantly across the world. I was afraid that she wouldn’t be able to play large venues because they’d be too noisy. Amazingly, Aldous seems to be doing the impossible. Now playing large venues to completely silent audiences.

I’ve seen some great new bands this year. But one stood out from the rest and also releasing my favourite album of the year. Idles are the band we need for our current time. They’re a band with something to say. Truly excellent band.

I took so many photos this year. Choosing a favourite is difficult. But this one just captures the feeling that only music can generate. 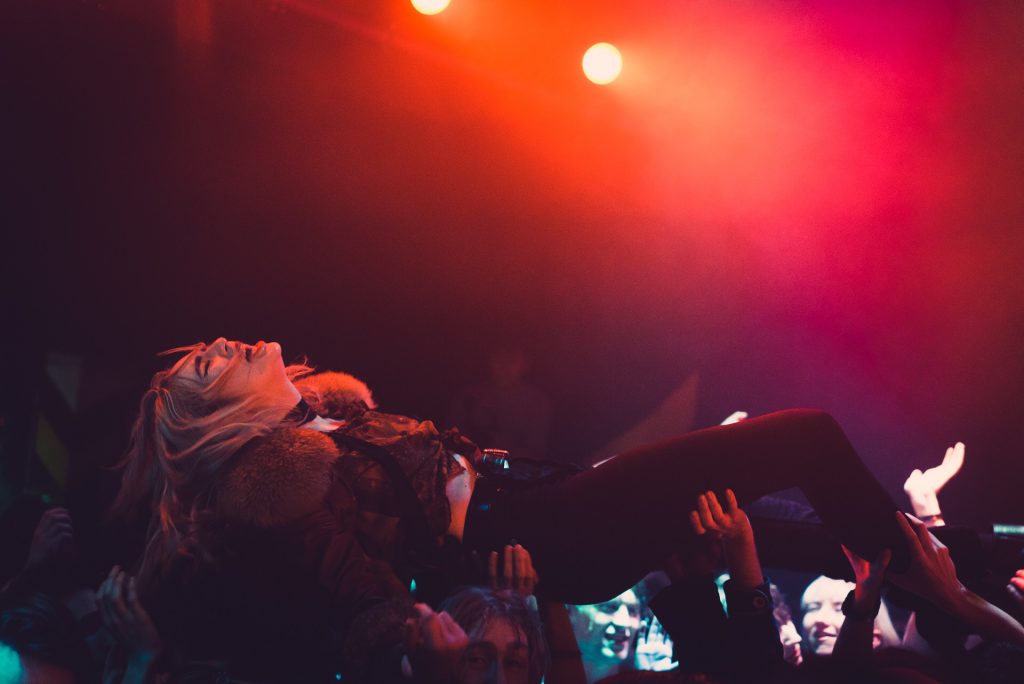 Album of the Year: Brutalism – Idles

A brilliant visceral album and an antidote to these messed up times. We need more bands making music like this.