You have to be a special band for me to be catching a train into London at 6am in the morning so that I leave myself enough time to get to your 8am gig. The Savages are such a band.

Celebrating the release of their new album, Adore Life, they had decided to play an 8am gig in the legendary 100 Club. With a lesser band, it’s something that could have gone horribly wrong. But powered by strong coffee the band and the audience were clearly up for this unique event. Jehn suggesting at one point that she’d ‘write a note for our bosses’.

Playing a balanced set of new material with some of the crowd pleasing favourites. I mentioned this before, but this band are the most complete band I’ve seen in a long time. The rhythm unit is probably unrivalled at the moment and the interesting drumming patterns with thundering bass are a major driving force on the excellent new album standing out on Sad Person, Surrender and T.I.W.Y.G. But it was actually Adore for me that shows how far the band has moved. Using a similar repeating phrase similar to the one they used so effectively on ‘Fuckers’. This is the light to ‘Fuckers’ darkness. Much slower than most of their songs but giving each member the a chance to excel.

For me, the Savages are the simply the best band at the moment. Simply awesome.

The only problem with such an excellent gig, so early in the morning. The rest of the day is a let down. 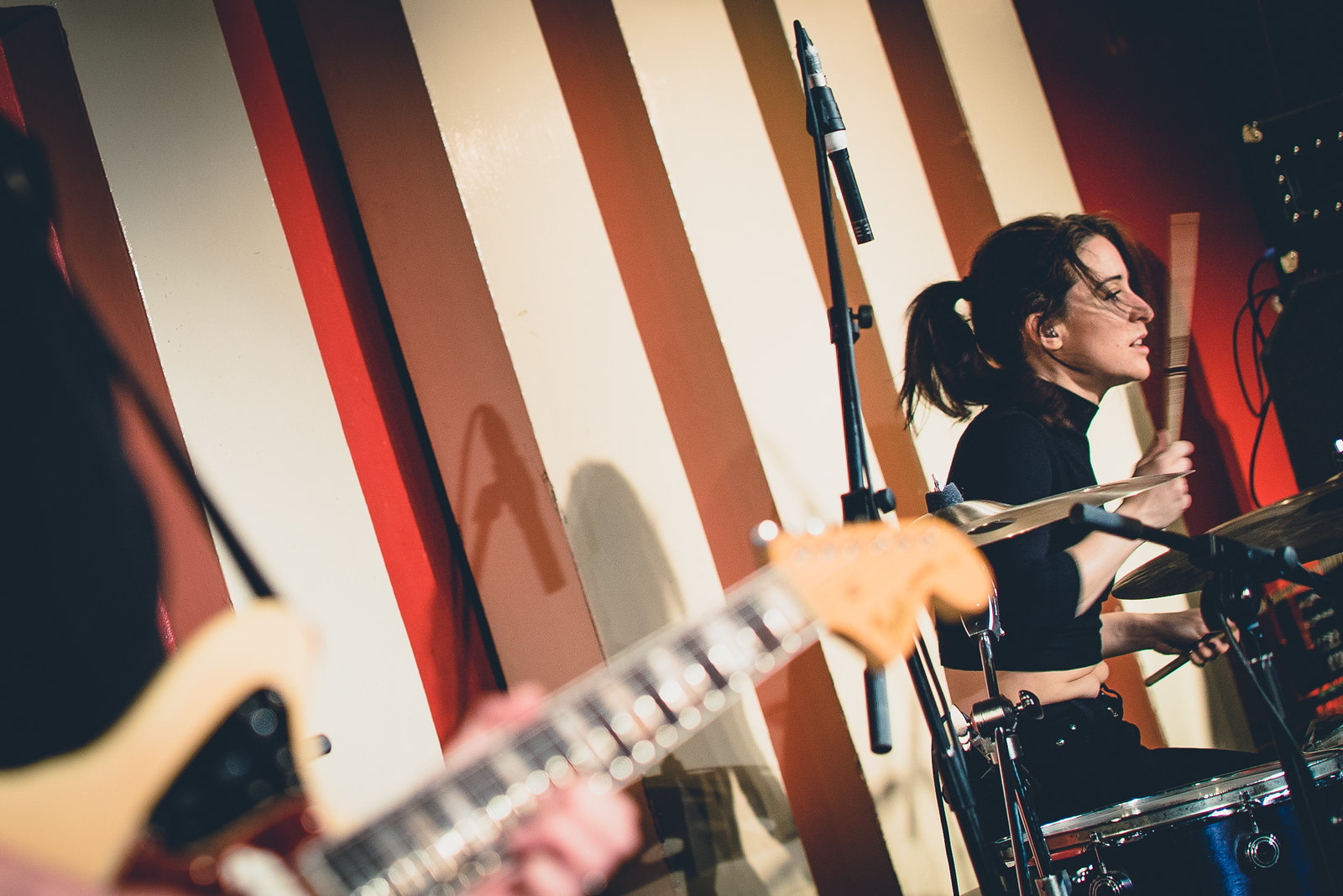 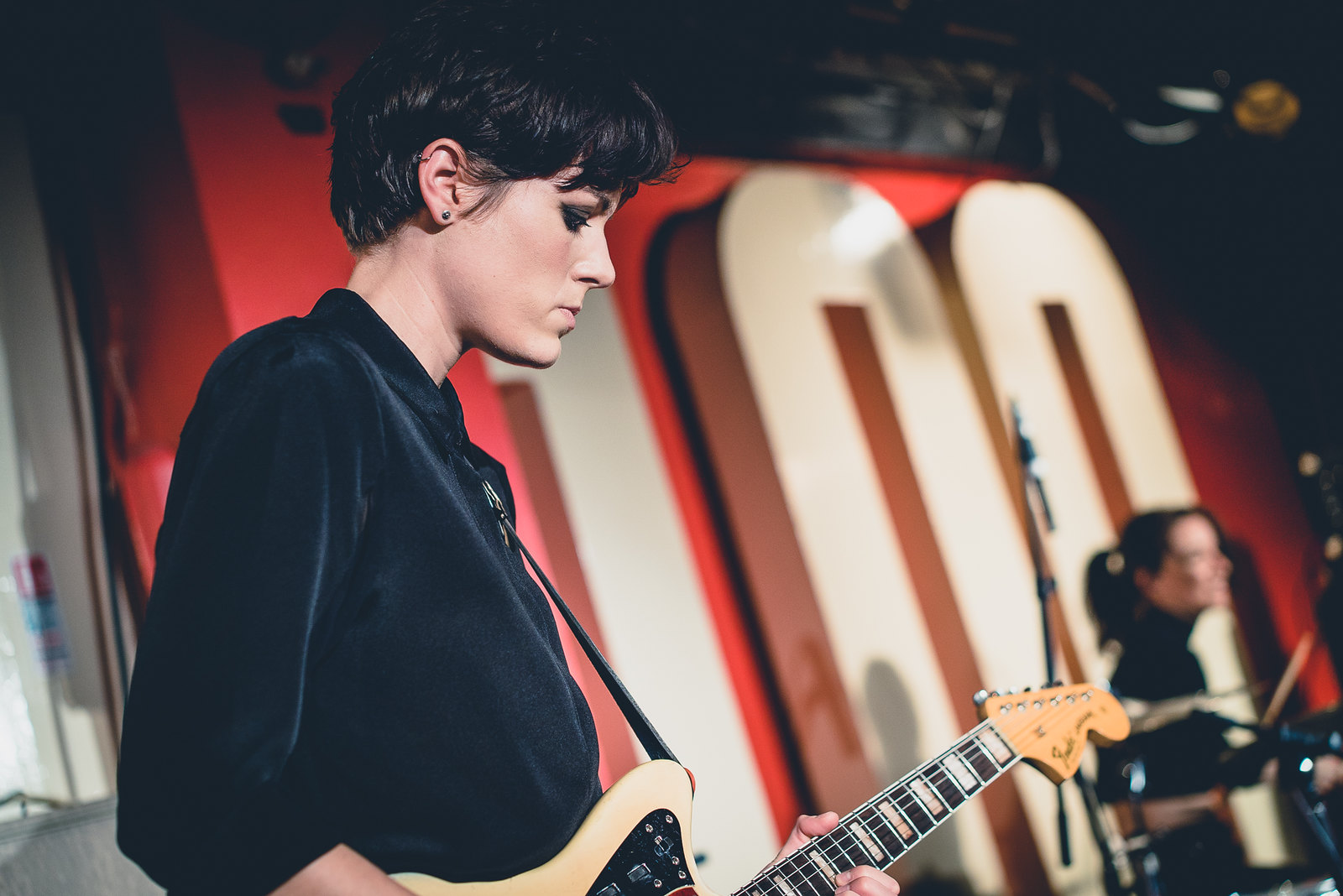 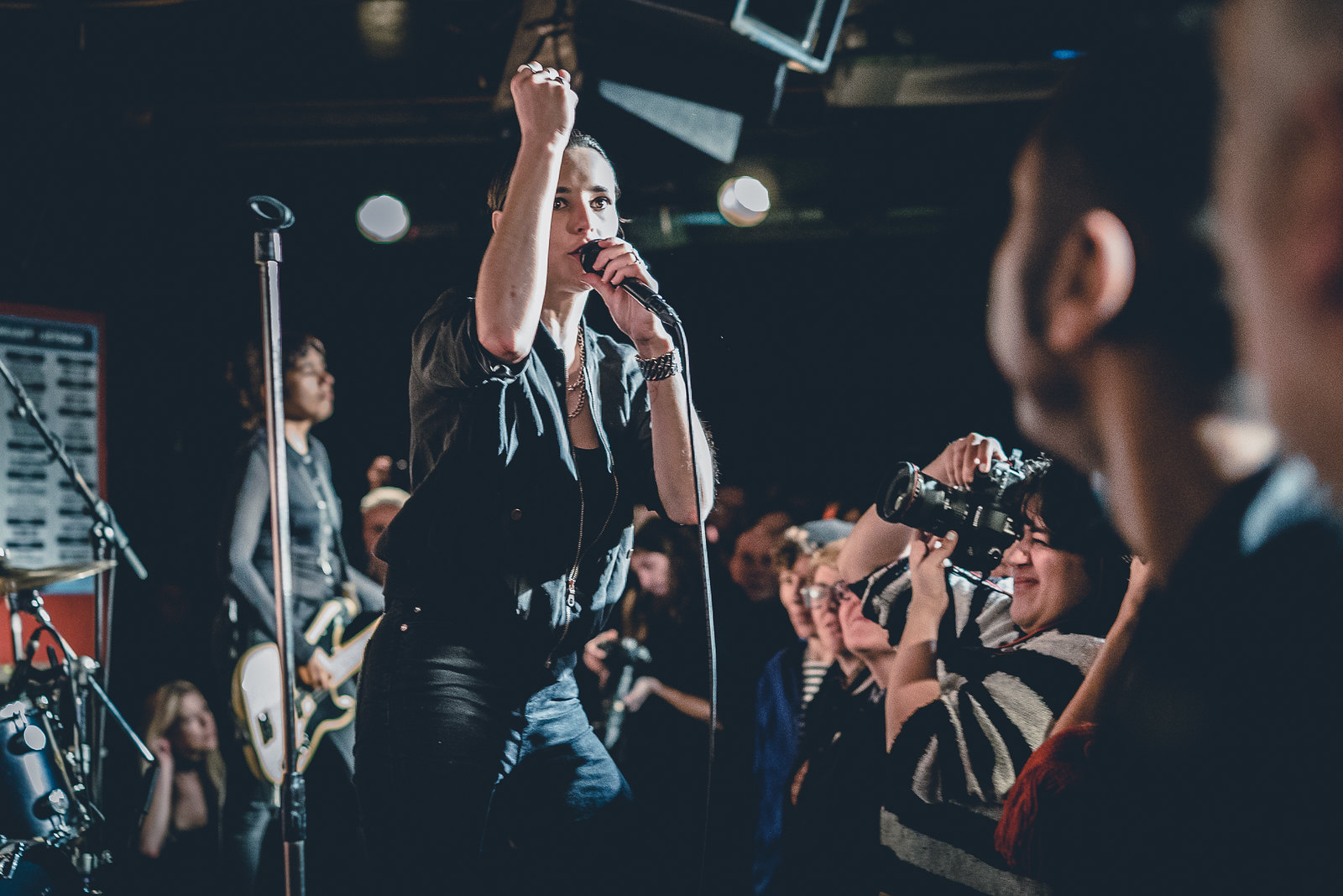 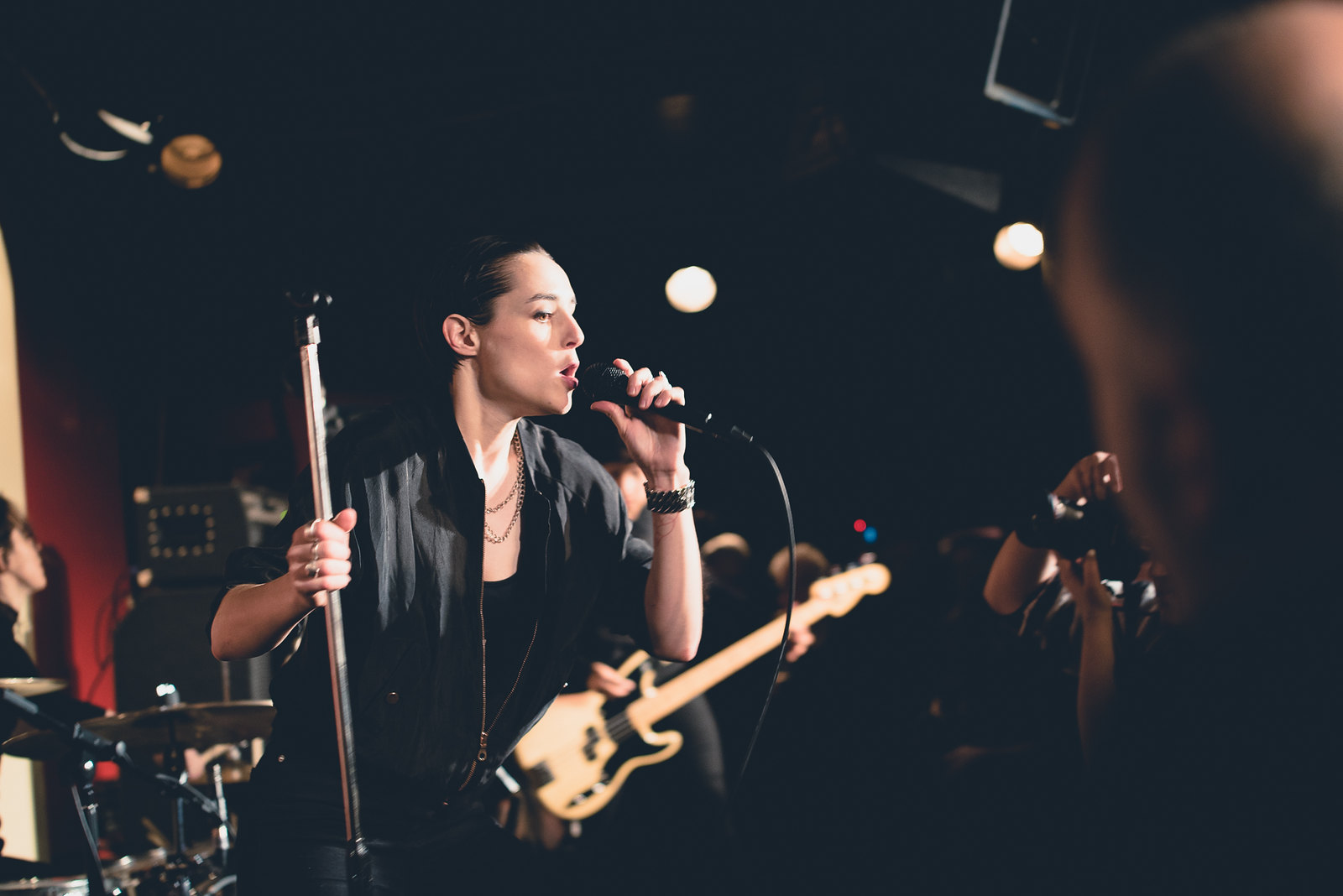 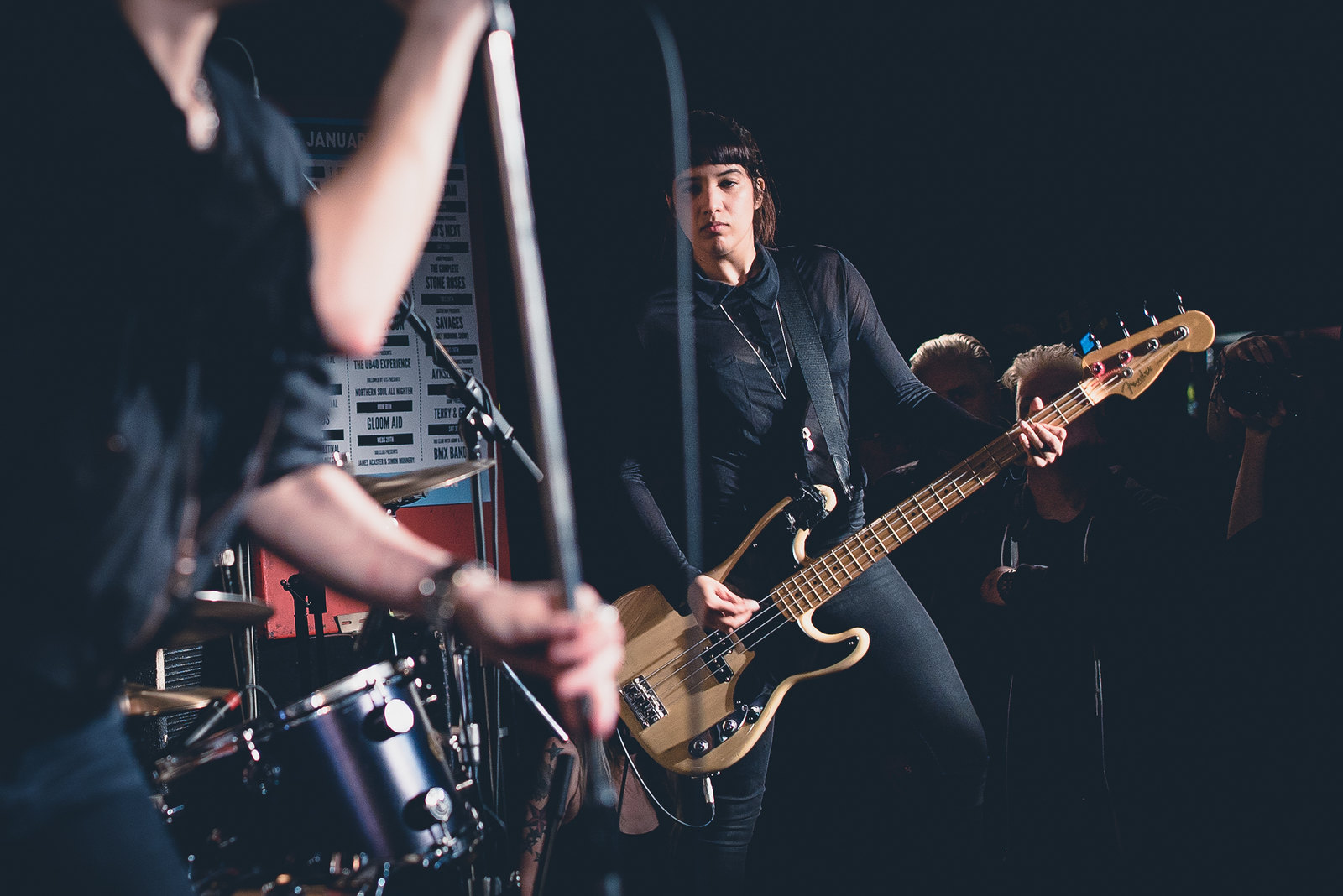 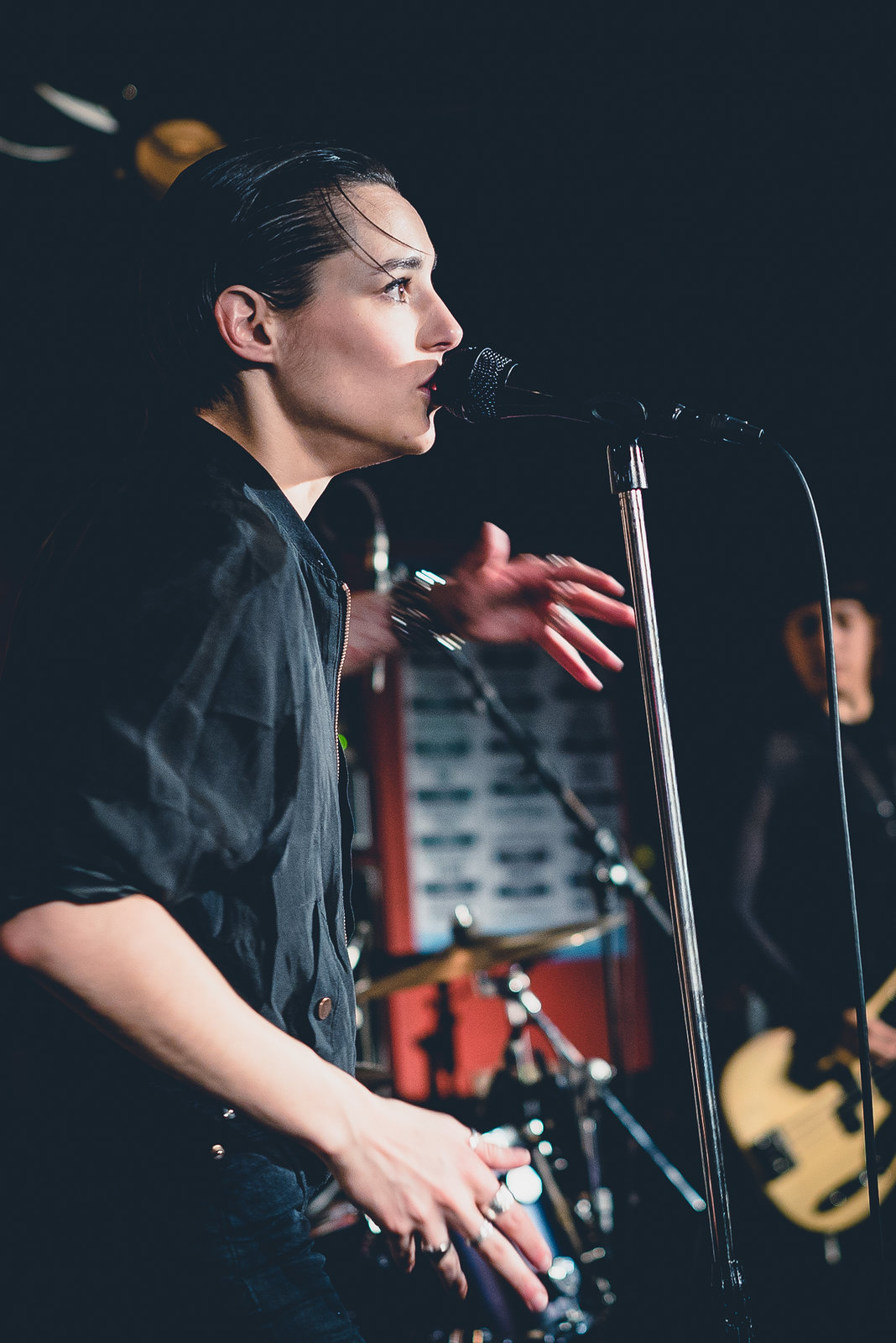 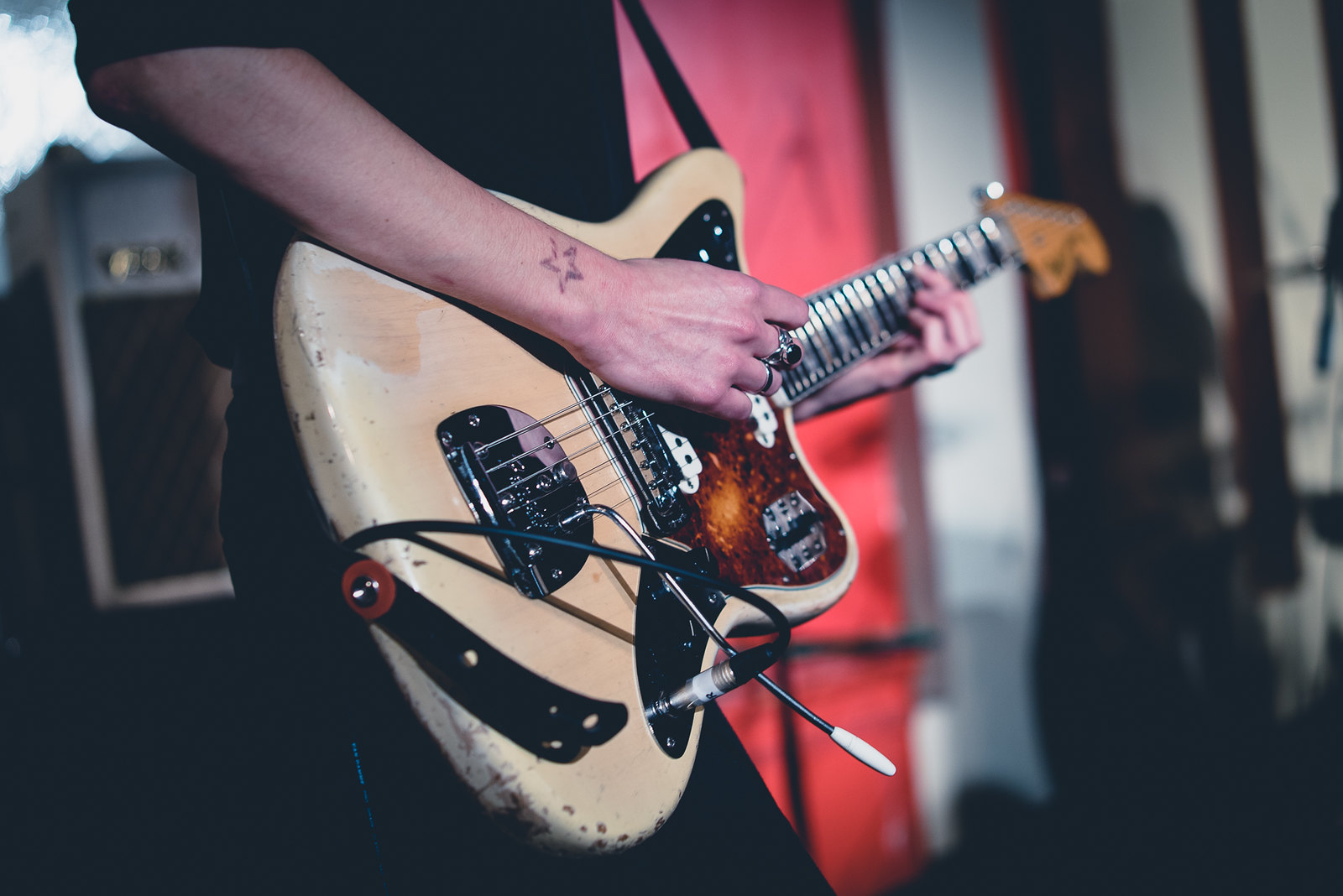 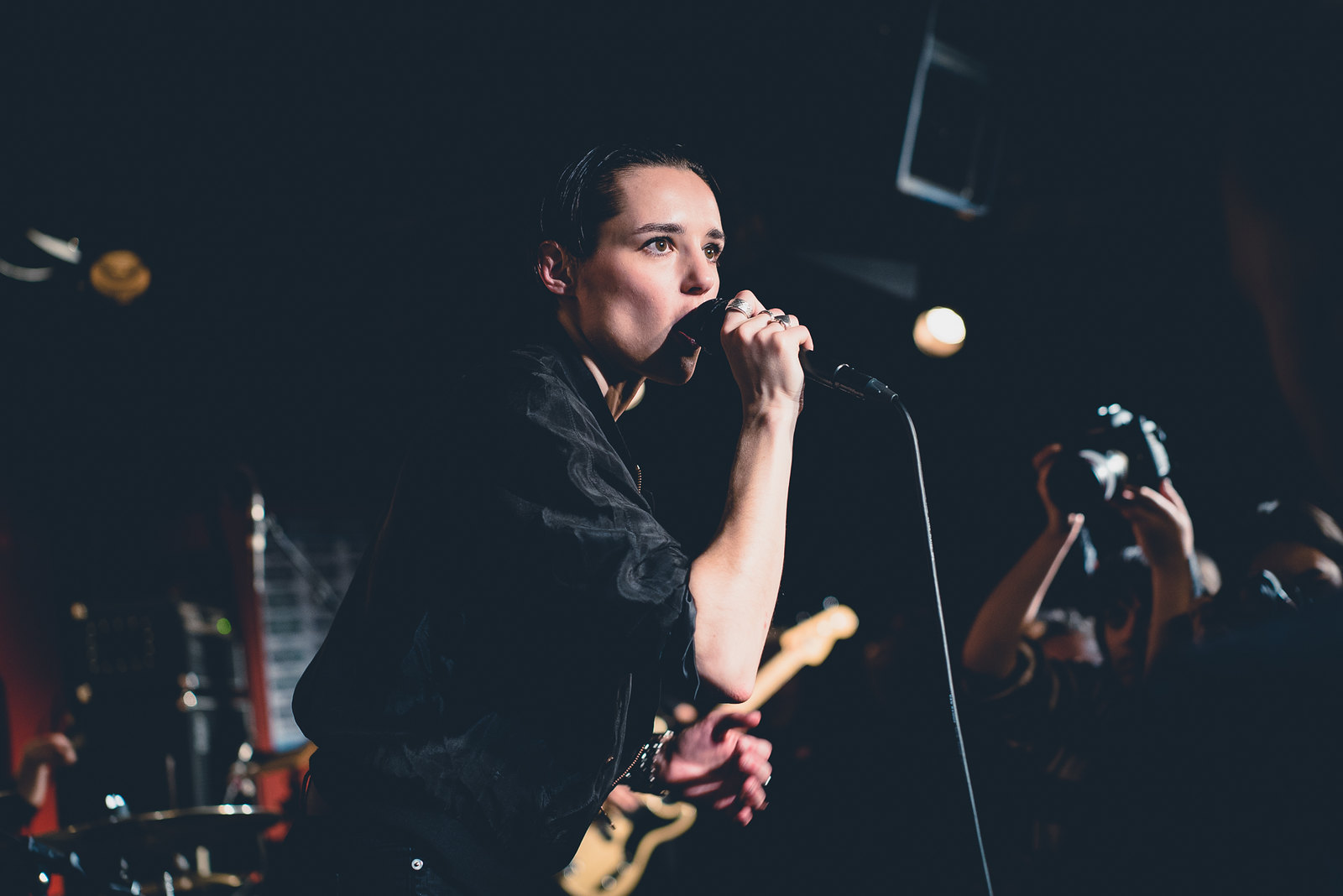 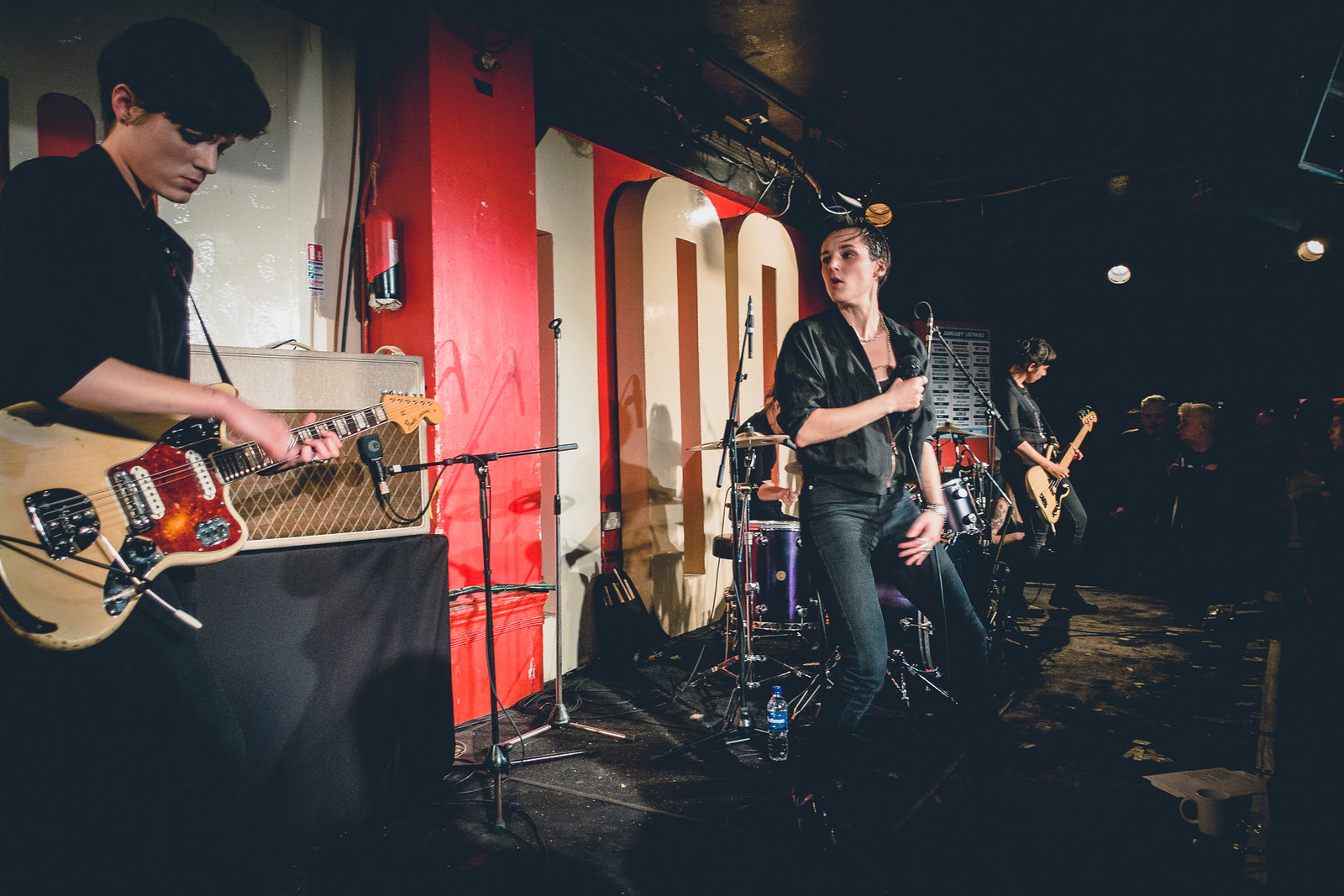 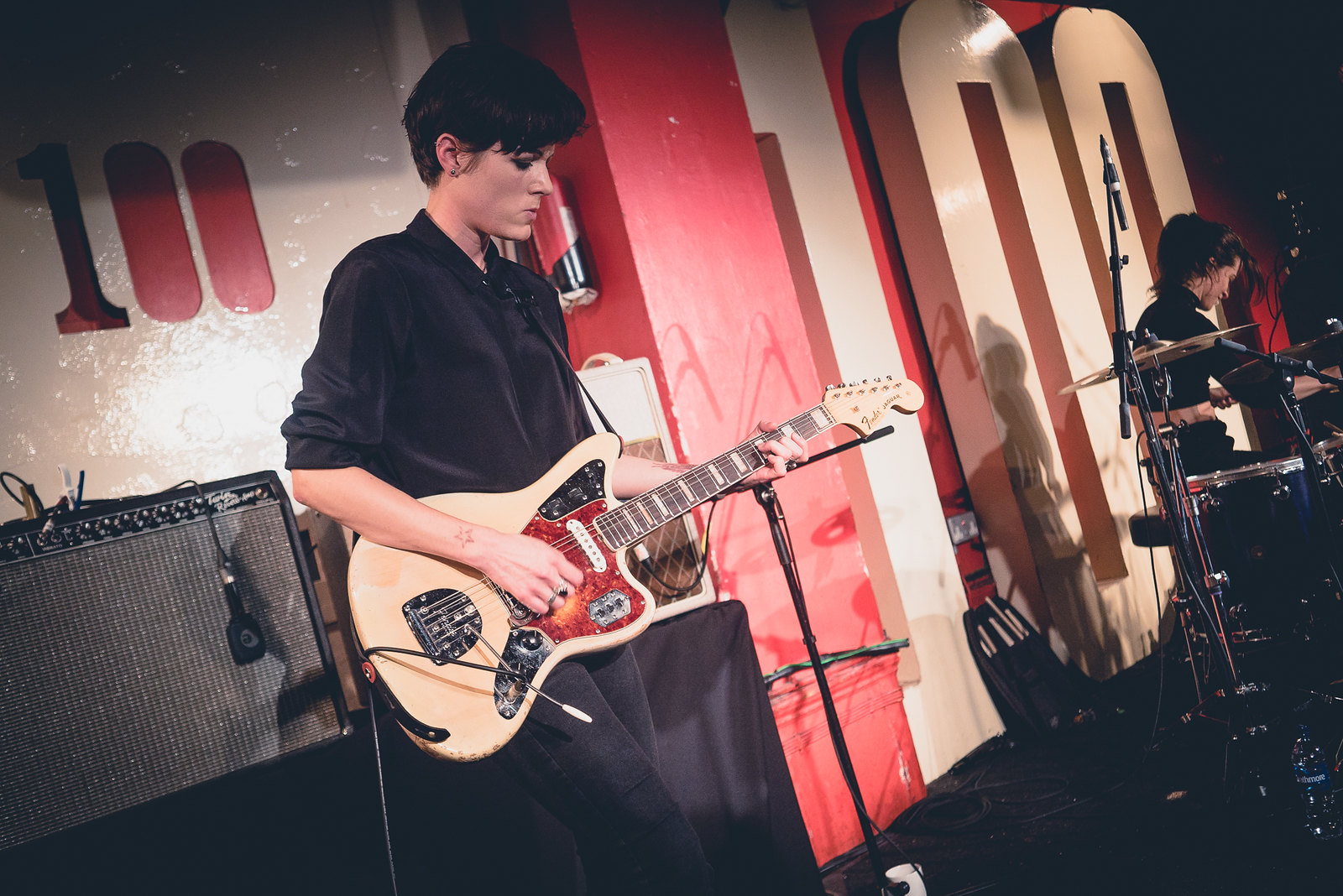 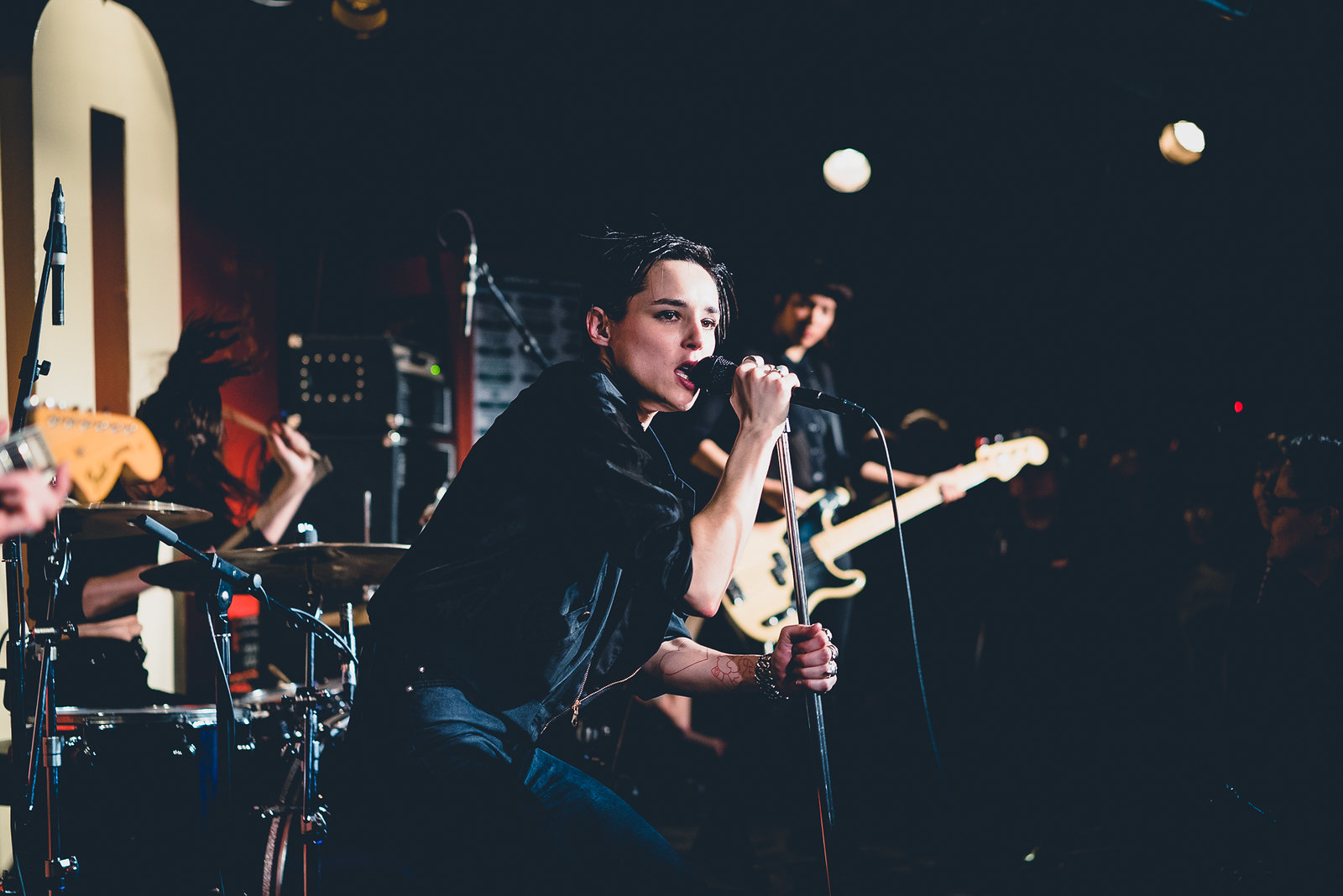 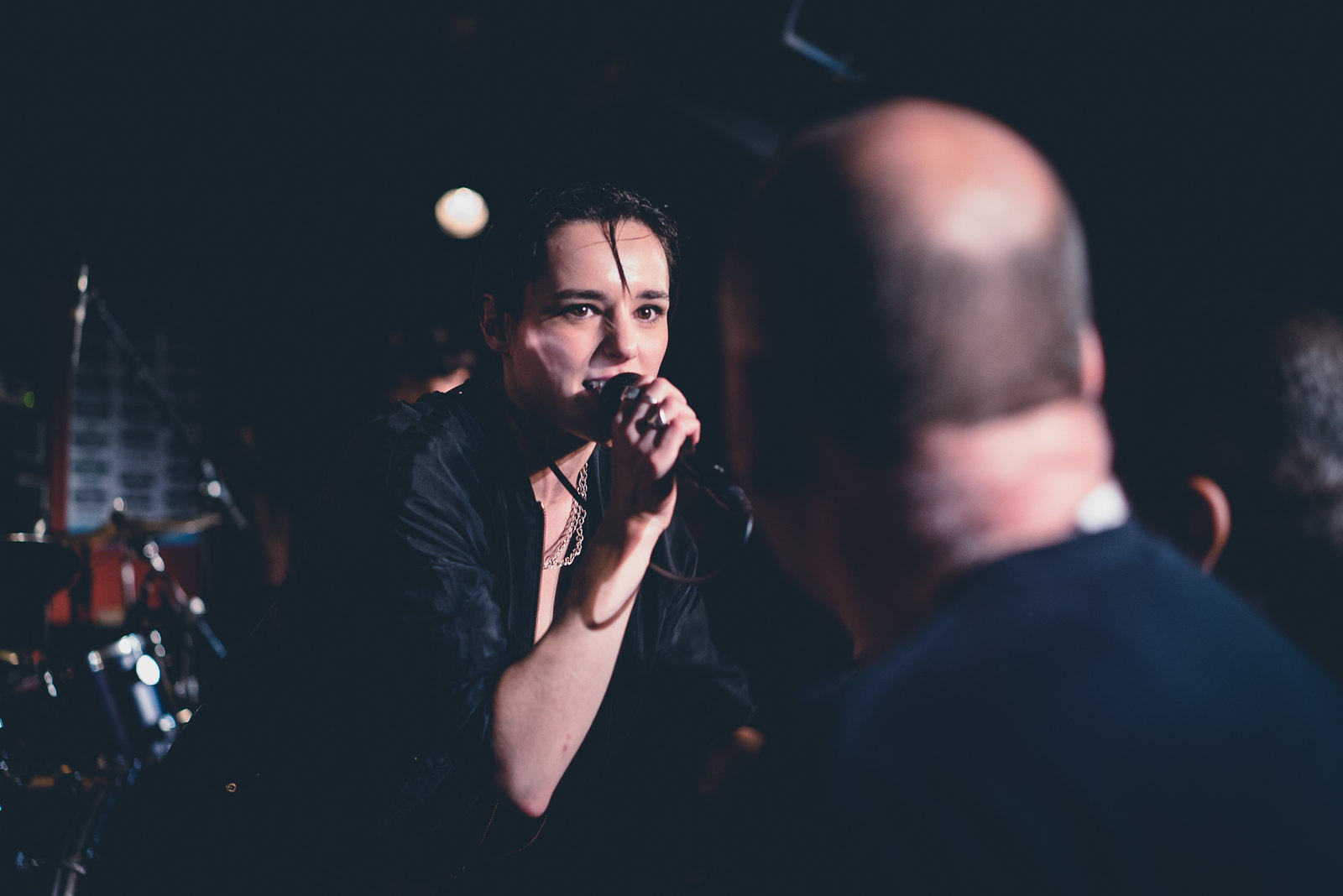 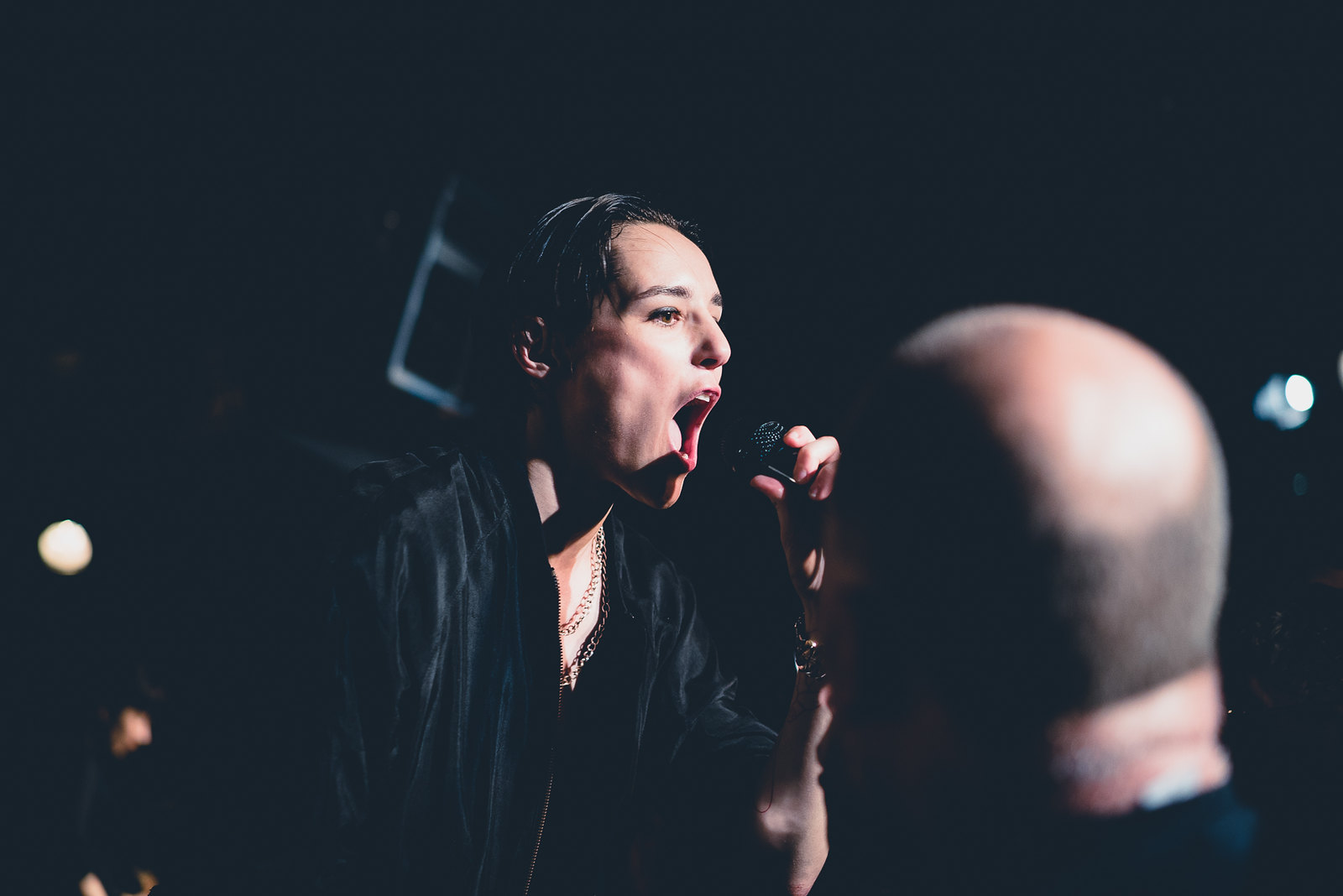 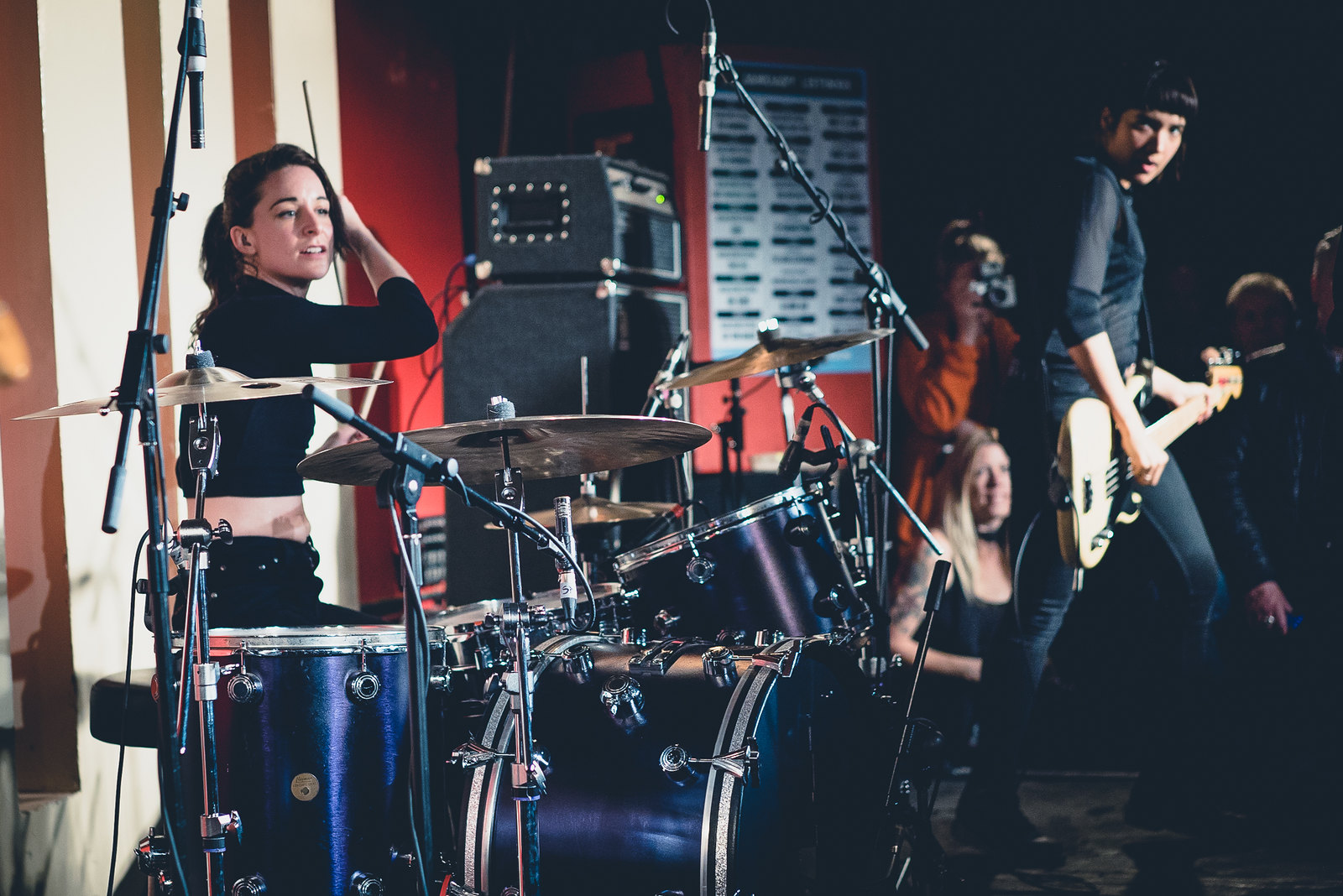 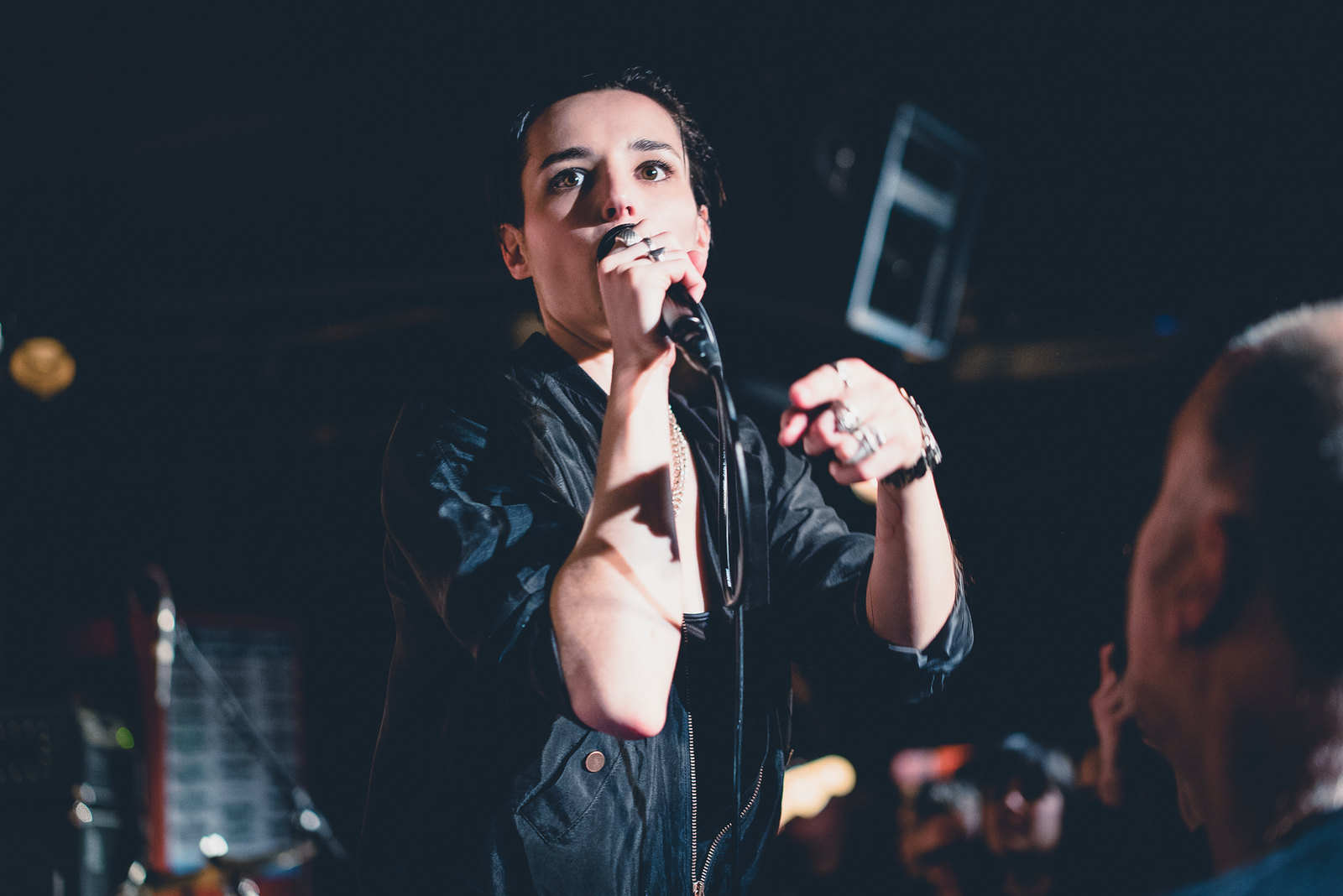 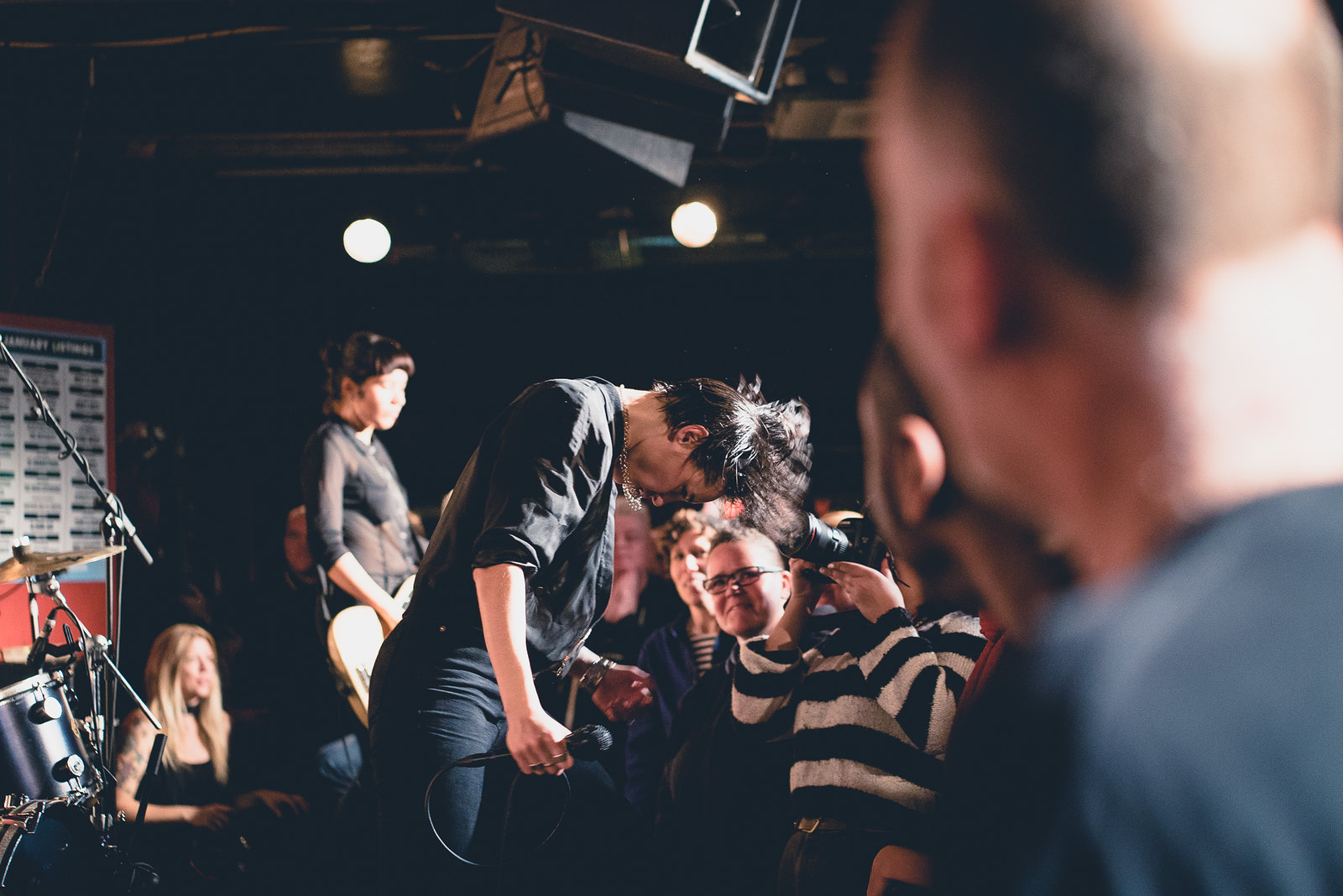 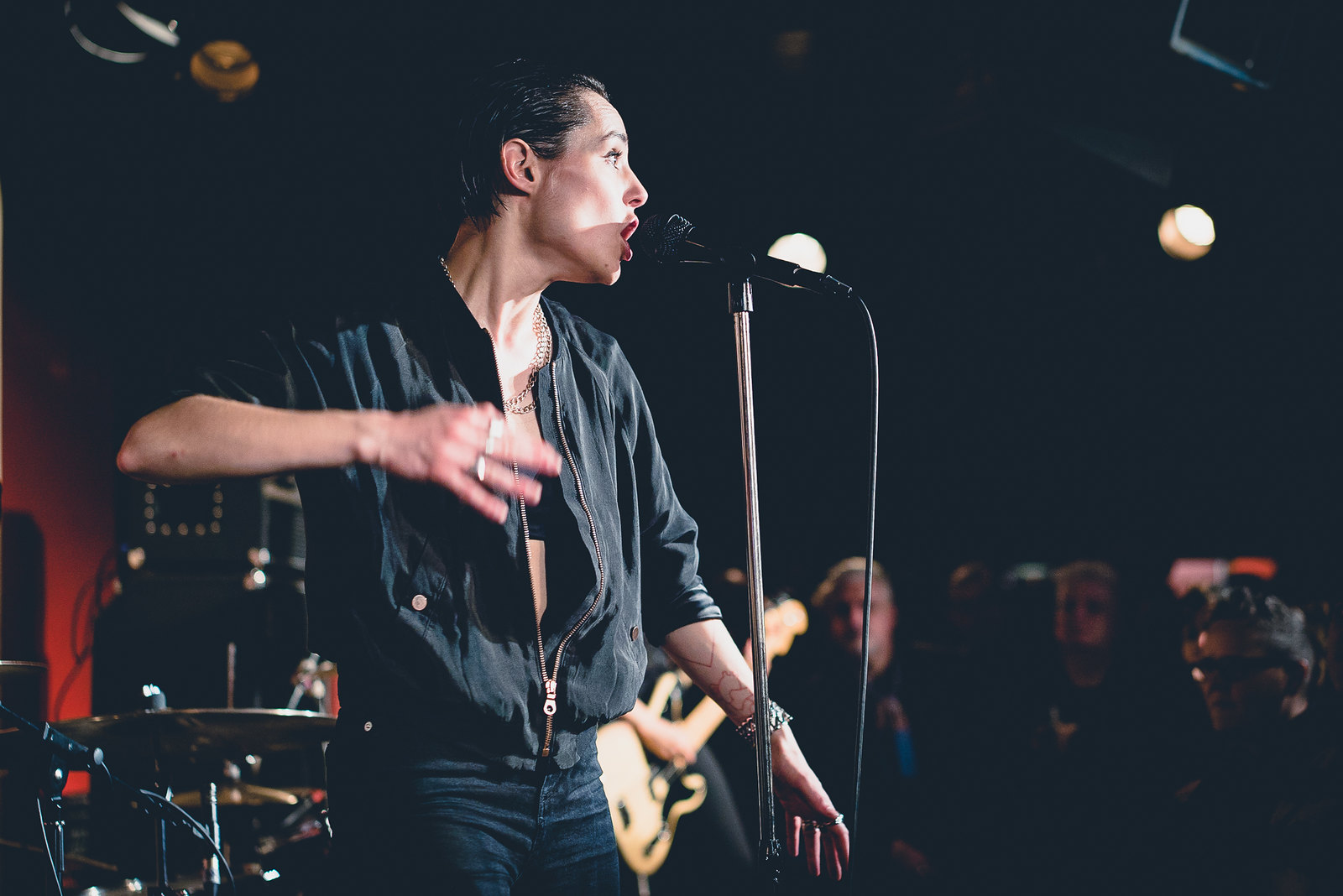 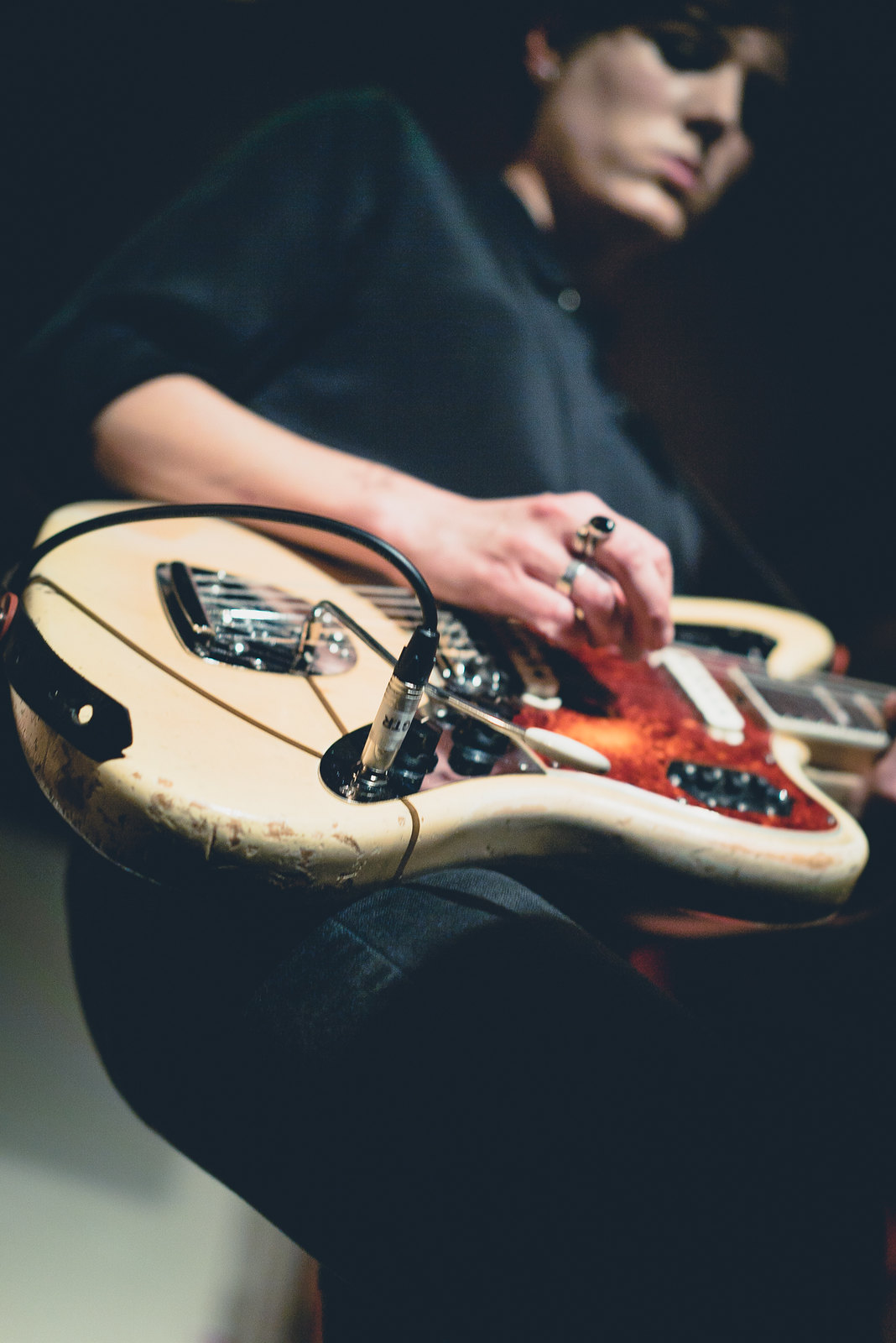 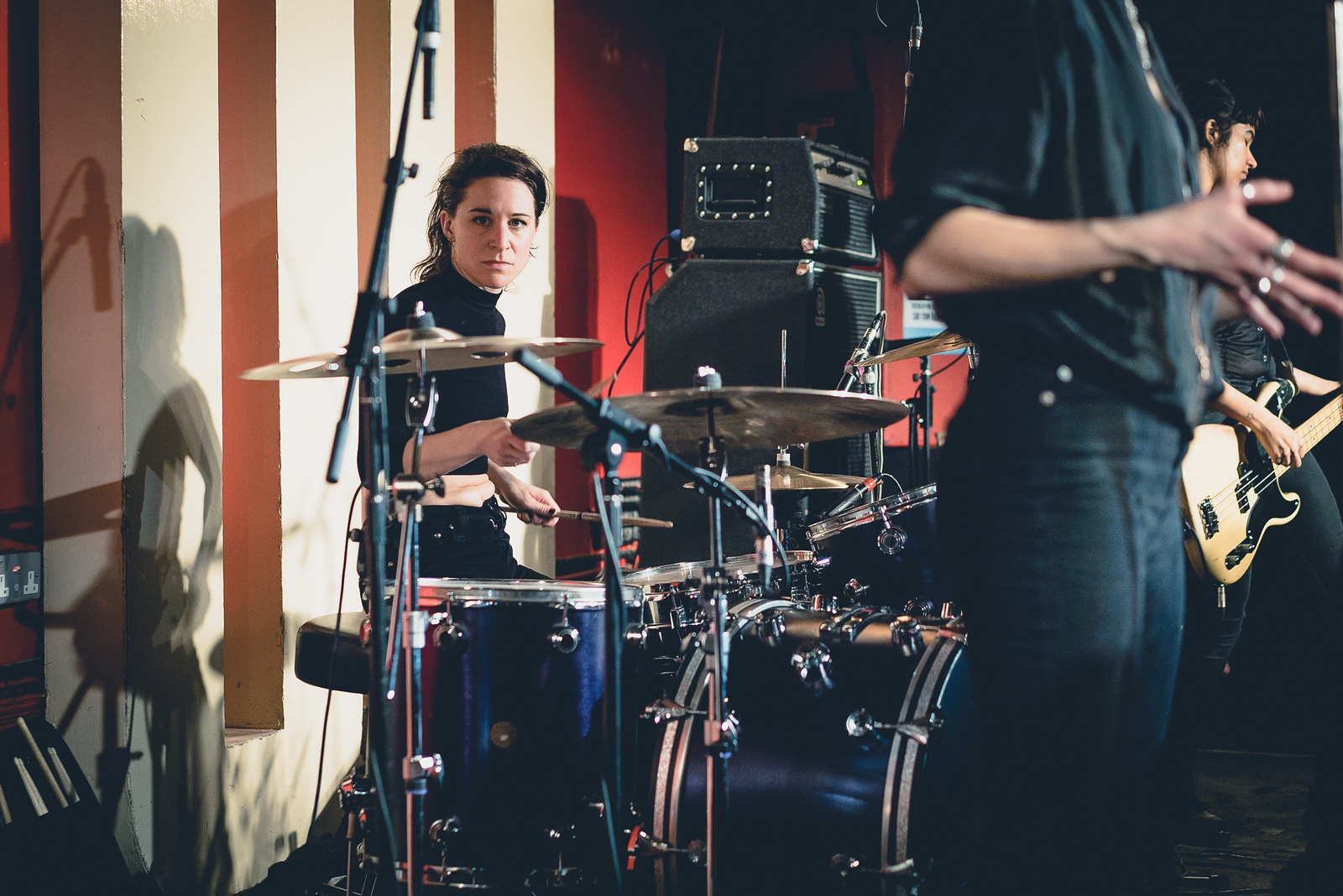 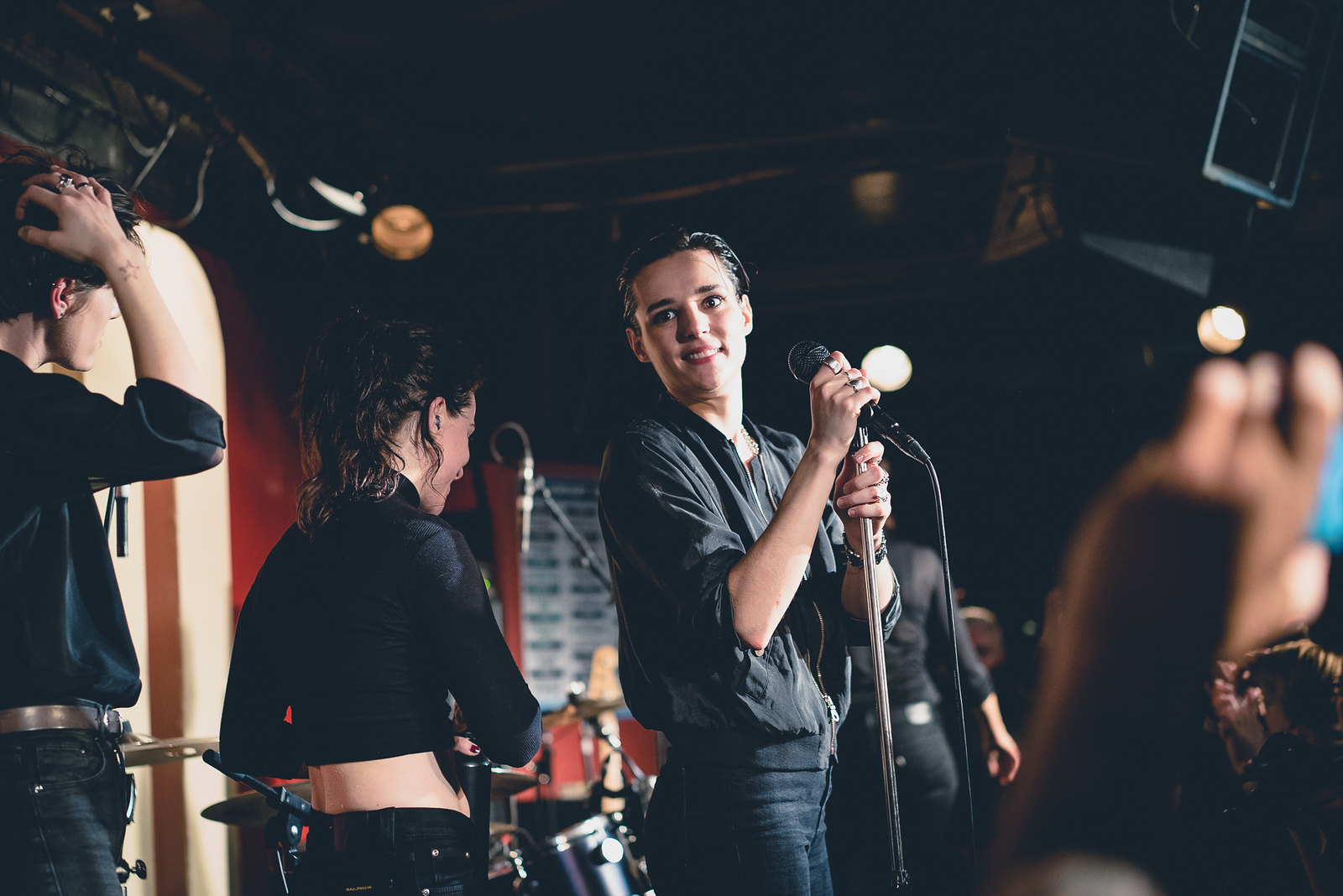 One thought on “Savages”