I didn’t expect to find myself in a cemetery in East London on a rainy Sunday evening. But such is the life following British Sea Power, you end up in the weirdest places. Tonight BSP were playing their soundtrack for “From the Sea to the Land Beyond’ as part of the Shuffle Festival. Due to the setup, the band played in a covered stage watching the film on their screens while the film was projected on big screen for the audience. It was okay. But I prefer previous setups were we sat around the band so could watch them play. But they played well and even though I’ve seen the film several times. I enjoyed this time the most. 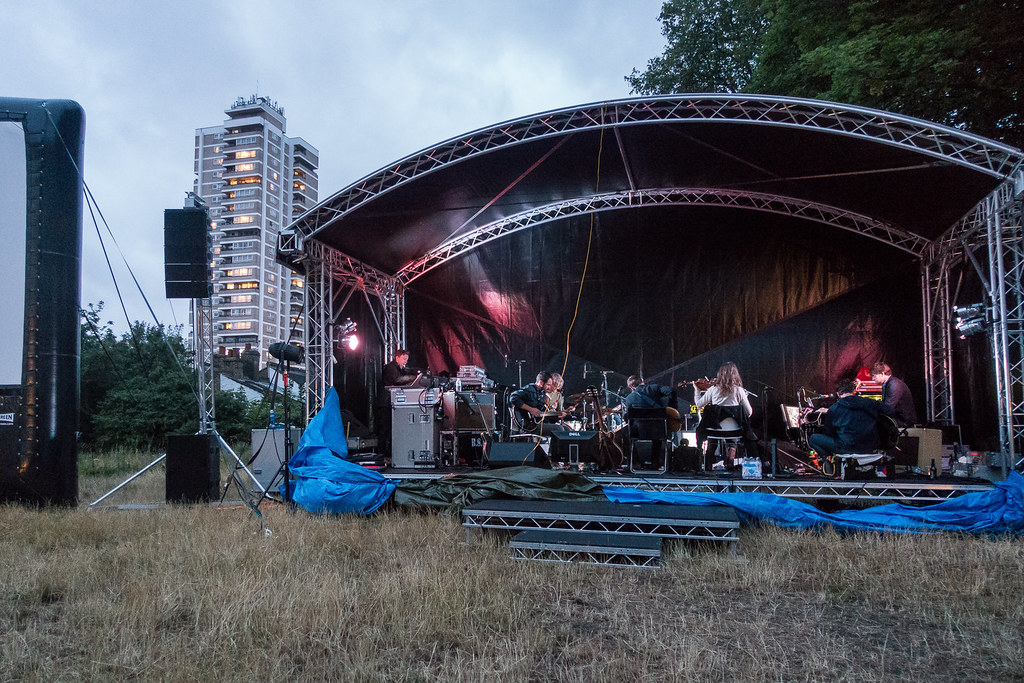