Drenge at the Electric Ballroom

I’ve seen Dredge several times. Each time I enjoy their gigs but I’m not blown away by them. However, tonight’s line-up looked pretty decent, with the excellent PINS and Big Deal. So I thought I’d give them another listen.

PINS are up first. I’ve seen PINS once before and thought they were excellent. They’ve got a great garage-pop sound. Live they add infectious energy and great stage presence. What’s not to like. They appear to have added a keyboard player since the last time I saw them. This means the lead guitarist is freed up from keyboard duty to add more energy to their performance. As expected. It was a good performance and seemed to go down well with a decent size crowd. 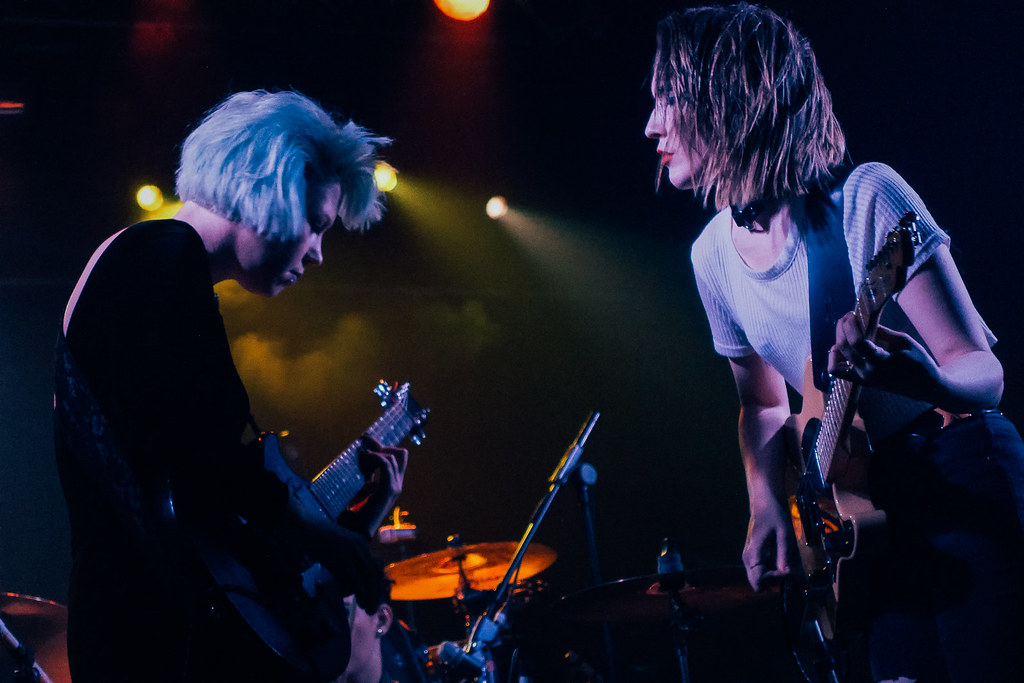 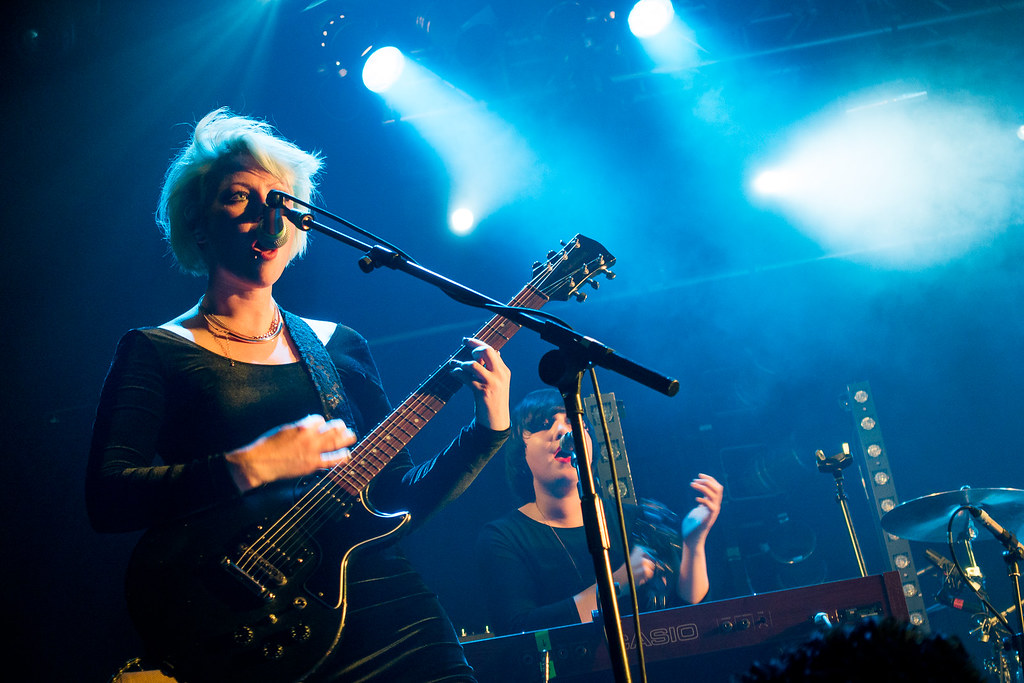 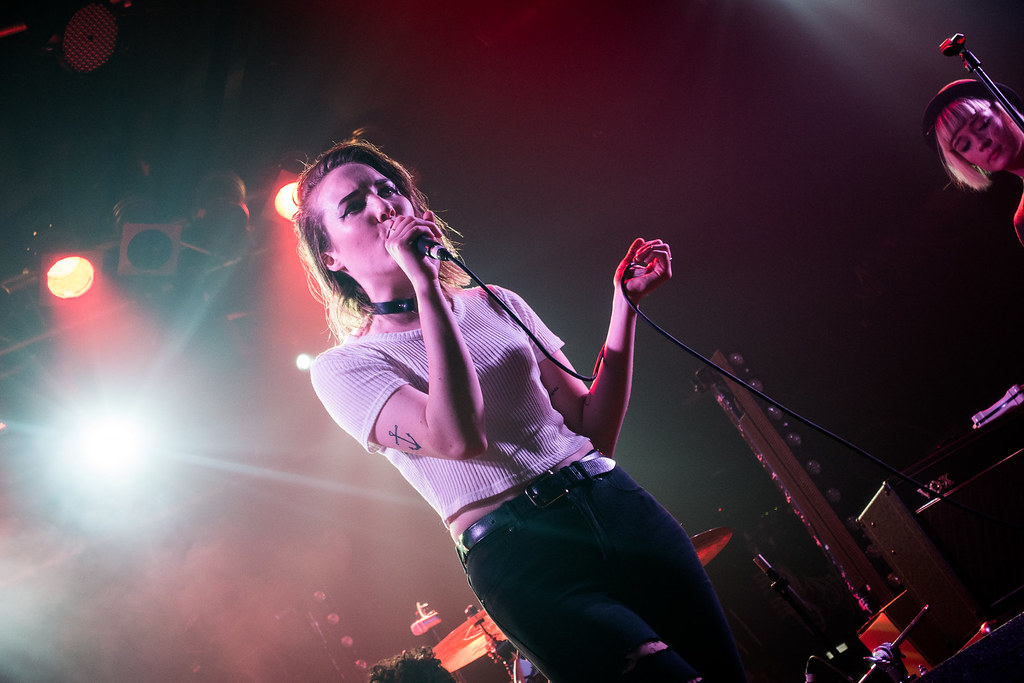 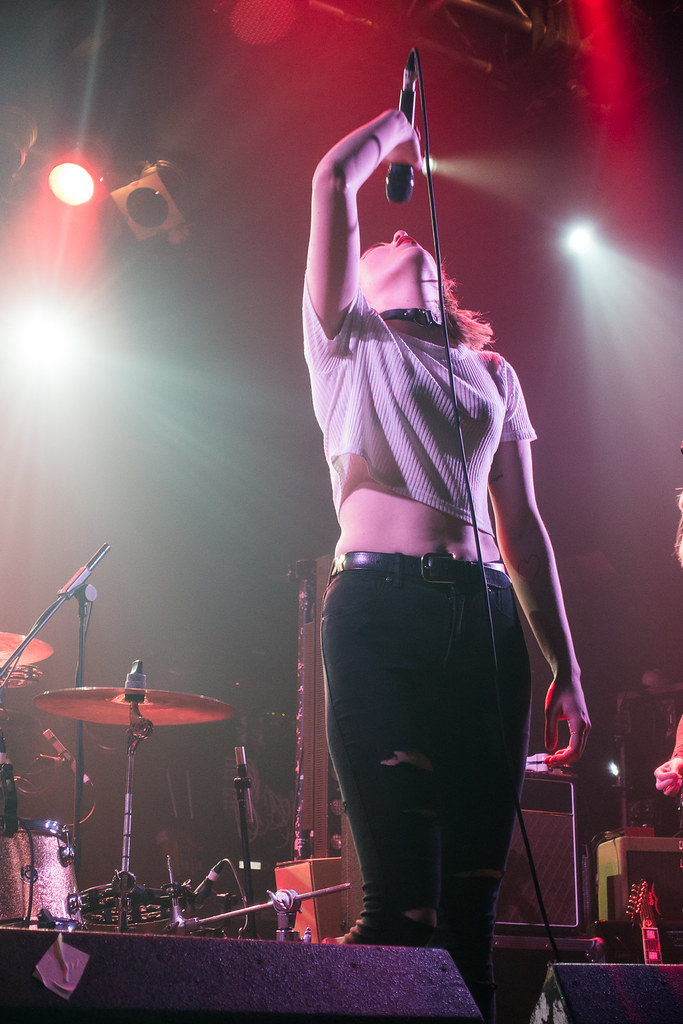 Next up were Big Deal. I have to admit I was disappointed with their performance. The vocals seemed too low in the mix and I could hardly make out any of the vocals and when they did come through, they were at times, out of tune. Maybe the monitors were off on stage. But it wasn’t a performance to write home about. 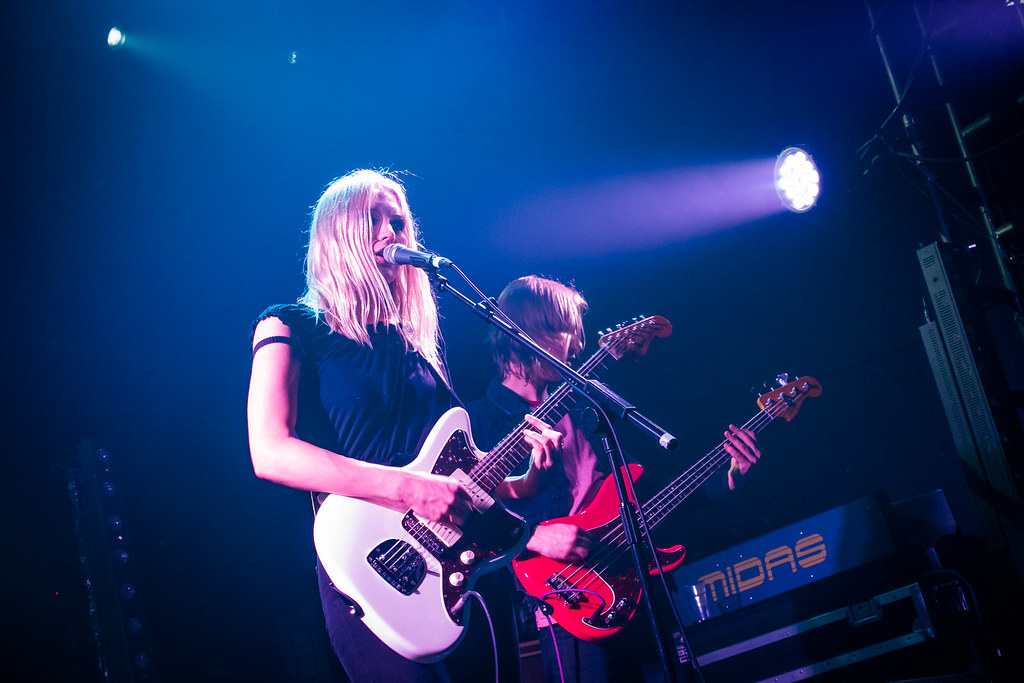 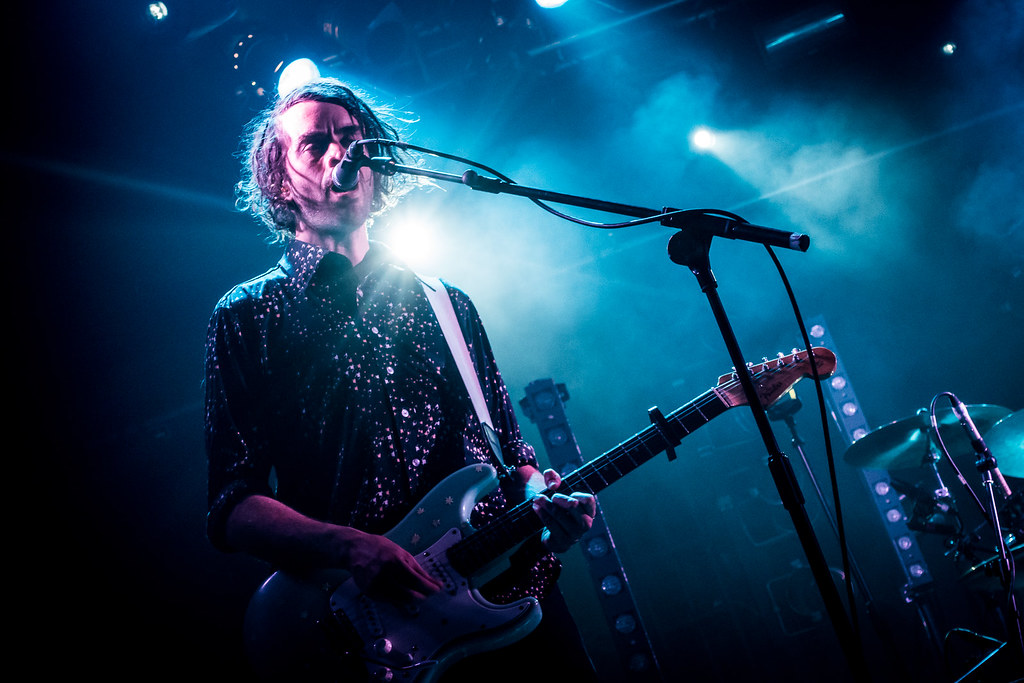 Drenge are an interesting band. Two pieces have to work hard to be noticed. They also have to be careful not to fall into just producing noise. When I’ve seen them in the past. I’ve enjoyed their performances but they’ve not been quite top-draw. (The Wytches have often supported them, and the Wytches performances were always another level to Drenge’s). I was also less than impressed with the dynamics of their latest album which sounds like it’s a tenth generation cassette copy (I’m showing my age!). So I wasn’t sure what to expect. I need not have worried.

Drenge the two piece are now a three piece with the addition of a bass played and I have to say, what a good move. The bass player added much needed extra dynamics to both the music and the performance. The sound was much ‘beefier’ but achieved it without hammering the dynamics by adding more layers of guitar feedback. In fact the new songs that sound so muddy on record, sounded much clearer live. Something that’s not usually the case. 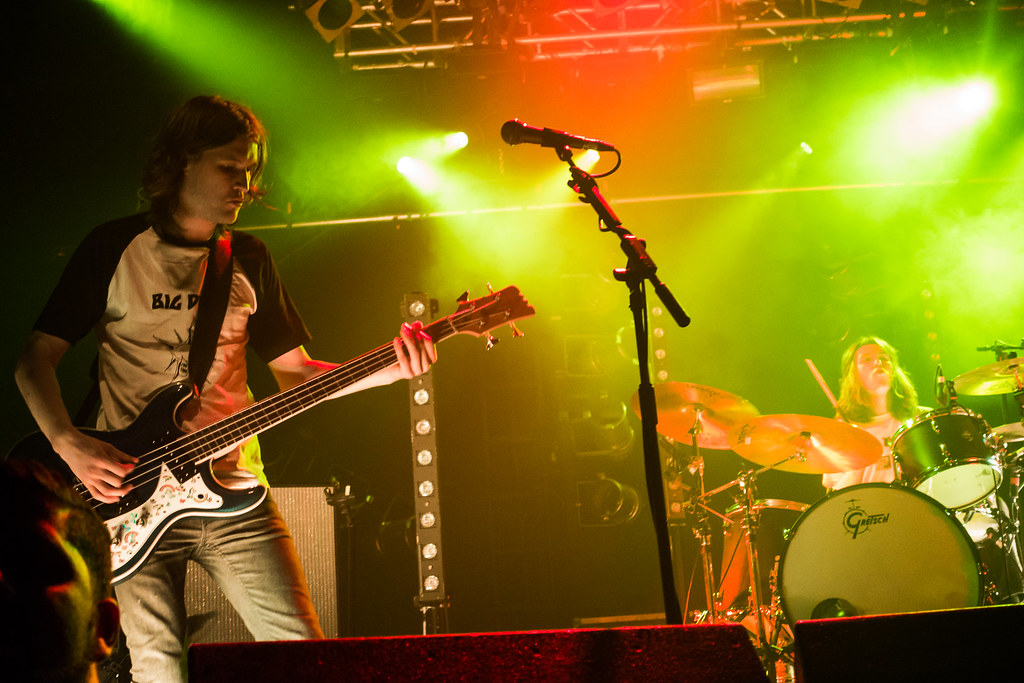 The crowd were also up for tonight’s performance. The great / bad things about bands who start to take off, is that you have to put up with pissed teenagers who just want to mosh. I’ve been there. I did the same when I was their age and at times I still do so. But I find when there’s a big mosh going on, I become a bit disconnected from the music as my brain starts to concentrate some of it’s efforts into staying on my feet. This happened a few times tonight and I zoned out of the music and into the collective movement of the mosh. I was happy when they finally played a quiet song and got a much needed break from the incessant crowd surfing.

Tonight’s new material slotted in remarkably well with the older material. I guess they’ve been playing it on tour for months because many of the songs seemed remarkably well bedded into the set and I have to say, tonight’s performance was on a higher performance level than any the previous times I’ve seen them play. In fact it’s worth my bruised ribs to see how far the band has come in such a short space of time. 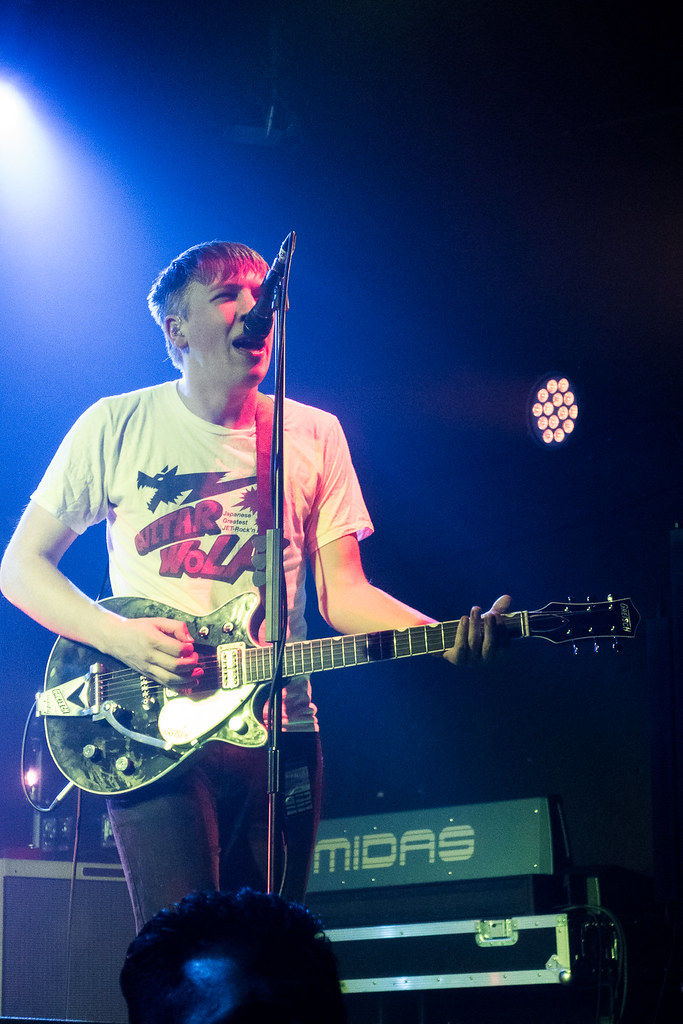