After spending most of the week at the Shacklewell, I’d been persuaded to head to Birthdays to check out a Spanish band, Mourn and it turned out to be a good call and a welcome break from the Shack.

First up were Prom. I liked them the last time I saw them. But felt the lead singer’s other band Parlour, were a better band. But it’s been several months since I’d seen them and have to say I was really impressed. In fact, based on tonight. I think I prefer them to Parlour. (Happily watch either band, both are good). But there was an intensity to the sound, maybe helped by the stark red backlighting, that I think works better. 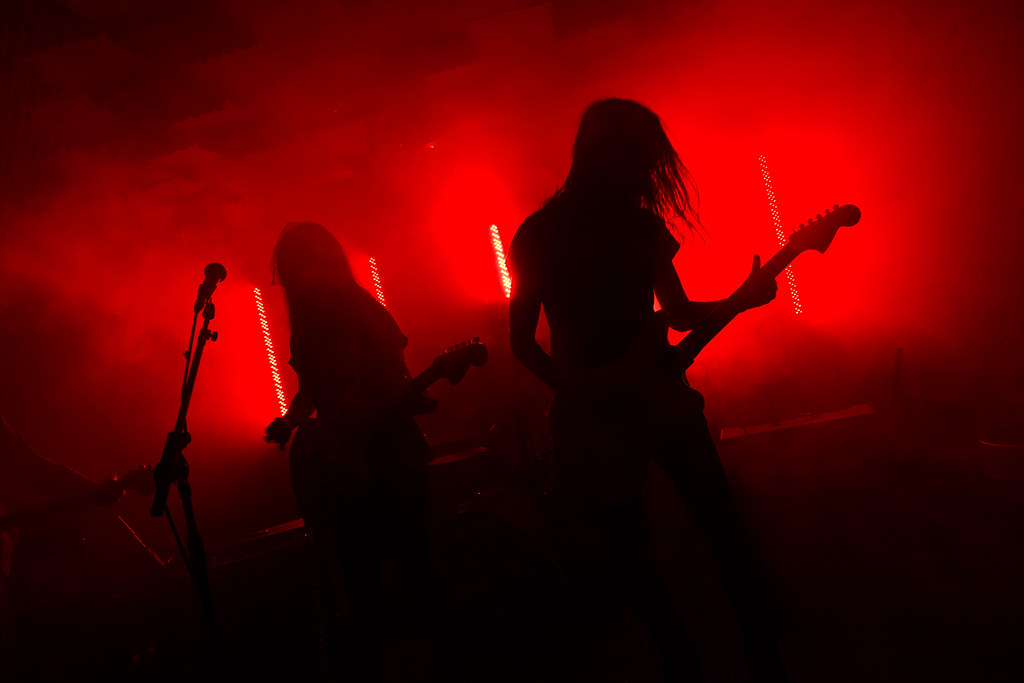 Mourn were up next. The first thing that strikes you is how young they are and I mean young. I think three of them are 18, but the bassist is 16 (I think). Surely a ‘school’ band aren’t ready for the international circuit? 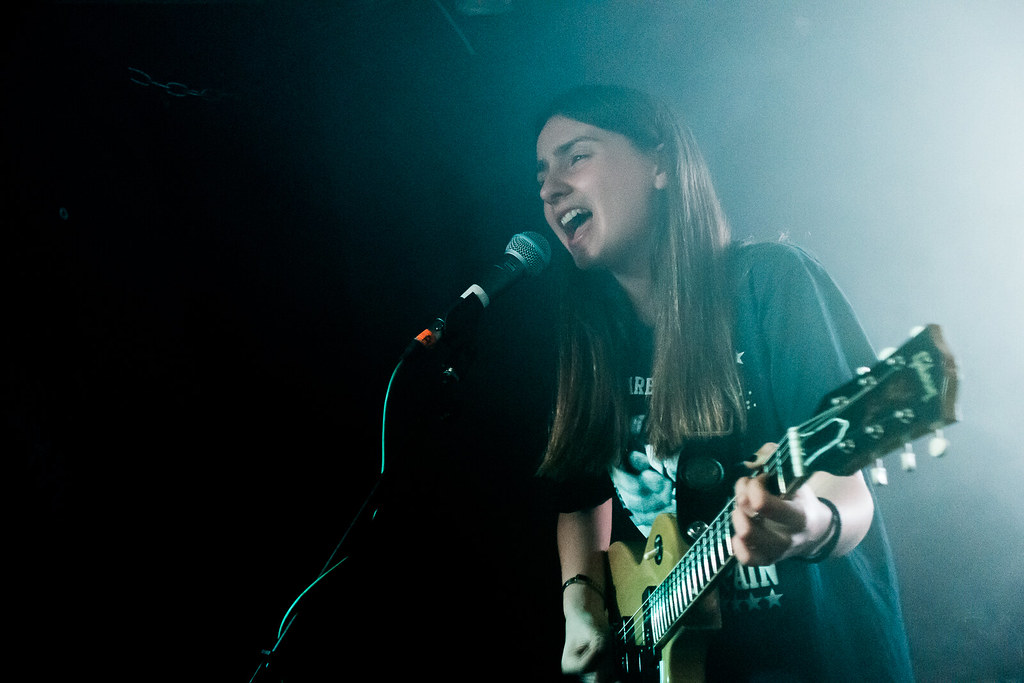 Well it turns out I was emphatically wrong. This band are already good, and surely are destined to only get better. 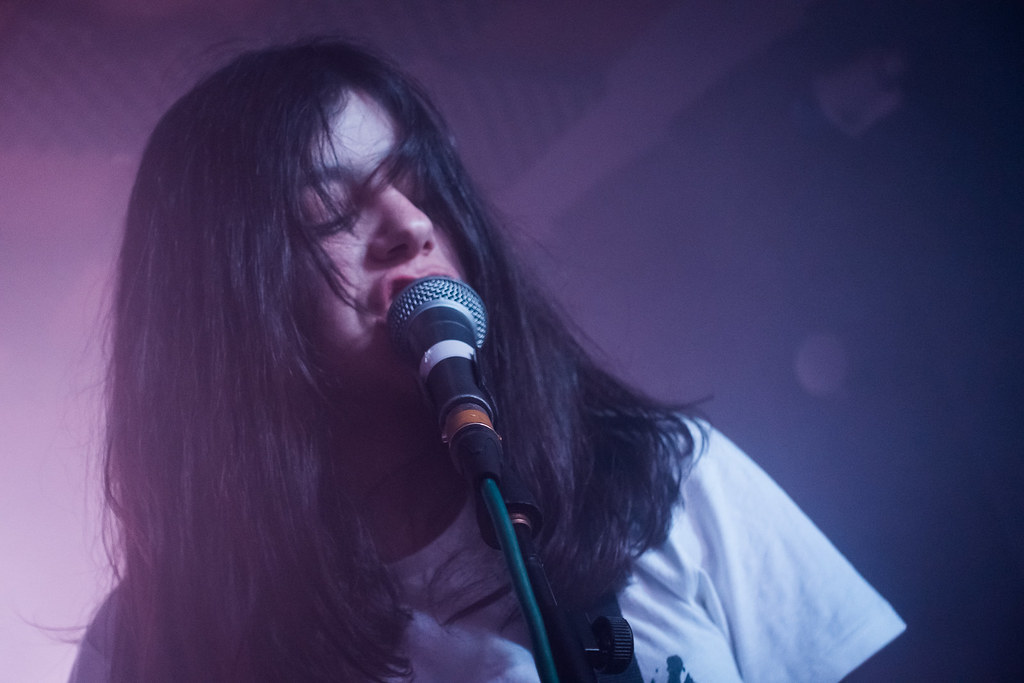 Playing 2 minute power punk songs. There is absolutely nothing new or complicated about what they do. They appear to be a group who’s grown up on a diet of likes of PJ Harvey and Ramones who’ve picked up guitars and expressed their adolescent angst through music. In an odd way, it all seems innocent, but in another, that’s what punk surely is. They’re not trying anything other than it they are, four teenagers shouting about the things that piss them off (mostly boys). But it’s done well. Even though they started with three false starts due to technical problems. It didn’t phase them. They just got on with it. In fact, the biggest compliment I can give them, is that I thought a curtain was going to fall and we’d see another much older band were really playing. This is a band, I will definitely watch. 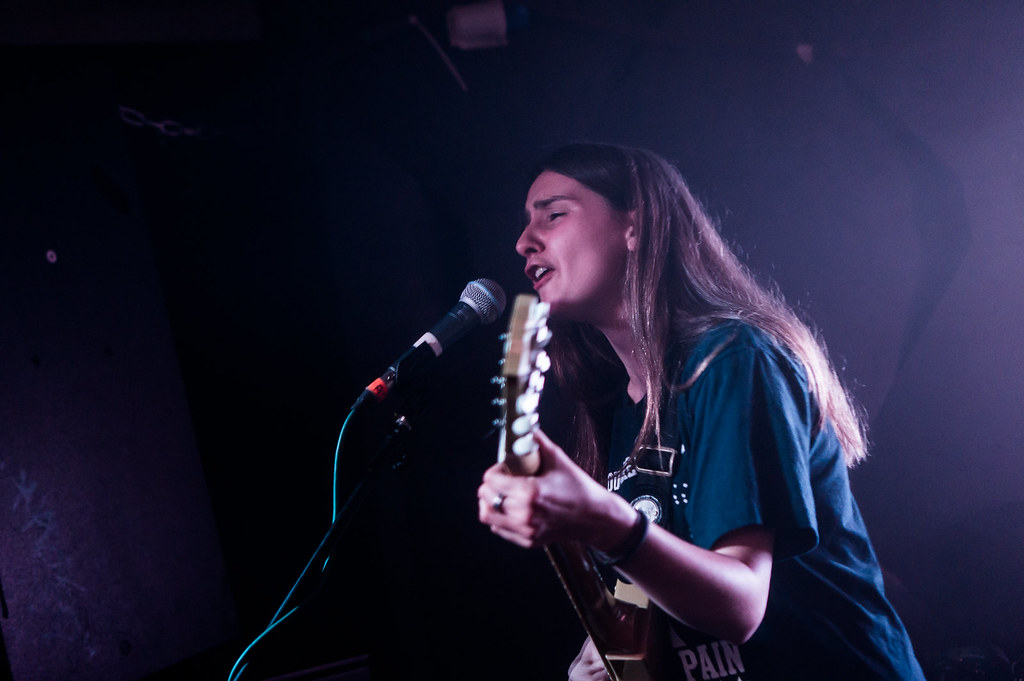