Two gigs tonight, starting the evening with another trip to Rough Trade for a performance by Peace.

I’d seen Peace at SXSW, just before the started to be successful and playing the bigger London venues. Having not seen them since this time, I was surprised to find they had a very big teenage girl audience. They hadn’t come across as a band that would appeal to that demographic. But fair play to them. They seemed relaxed with the adoration from certain members of the audience with a nice line of self deprecating banter. 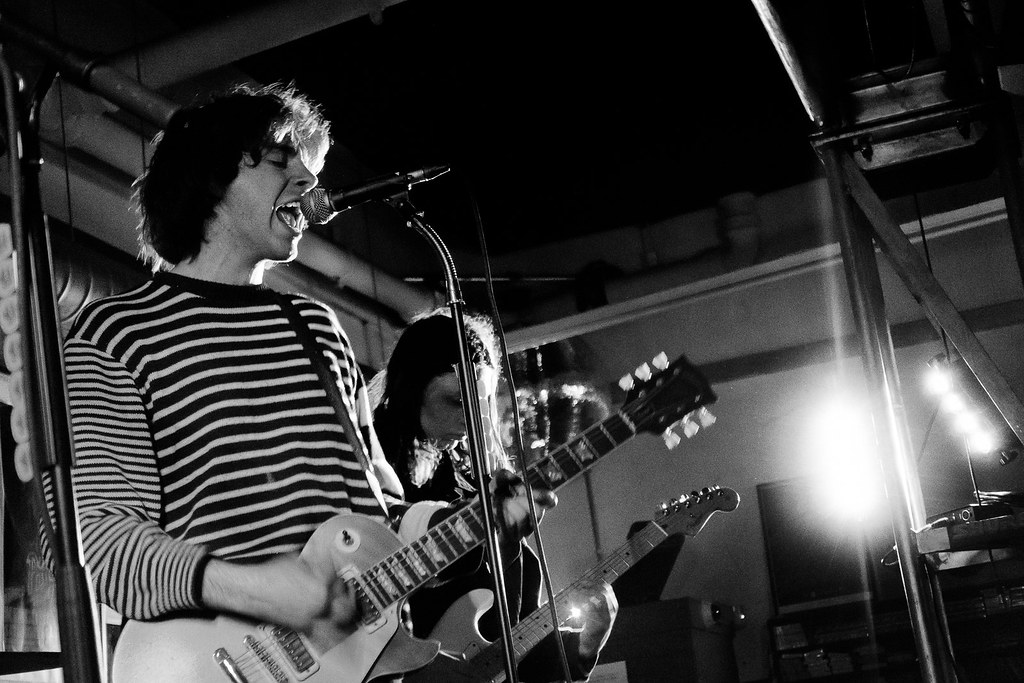 Playing a mixture of new and old. Their 40 minute set was a set of simplicity. They’re clearly a band comfortable with performing. I didn’t feel like they were trying too hard to play and it all seemed rather effortless and relaxed. The new material, while not outstanding, was good and well received. I’ll have to keep closer tabs on them and not leave it another two years before catching them again. 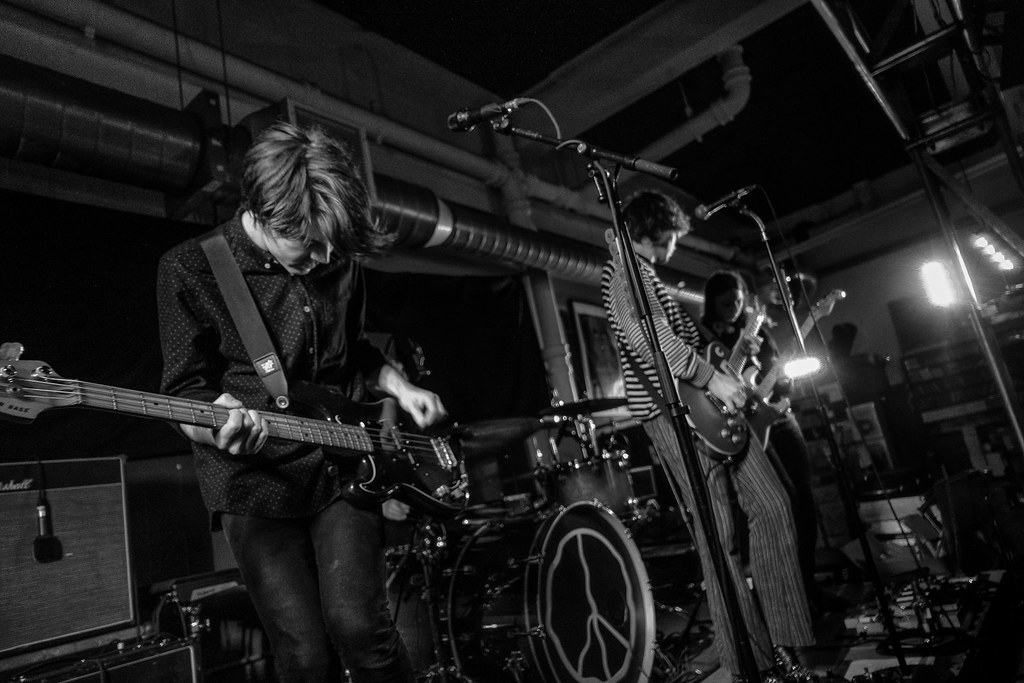 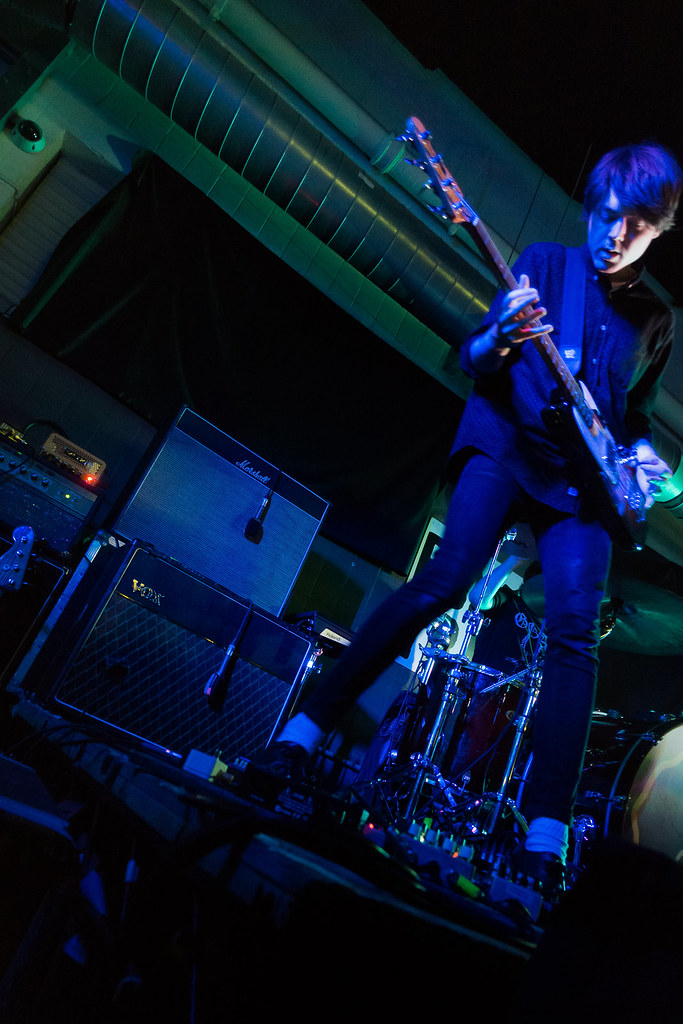 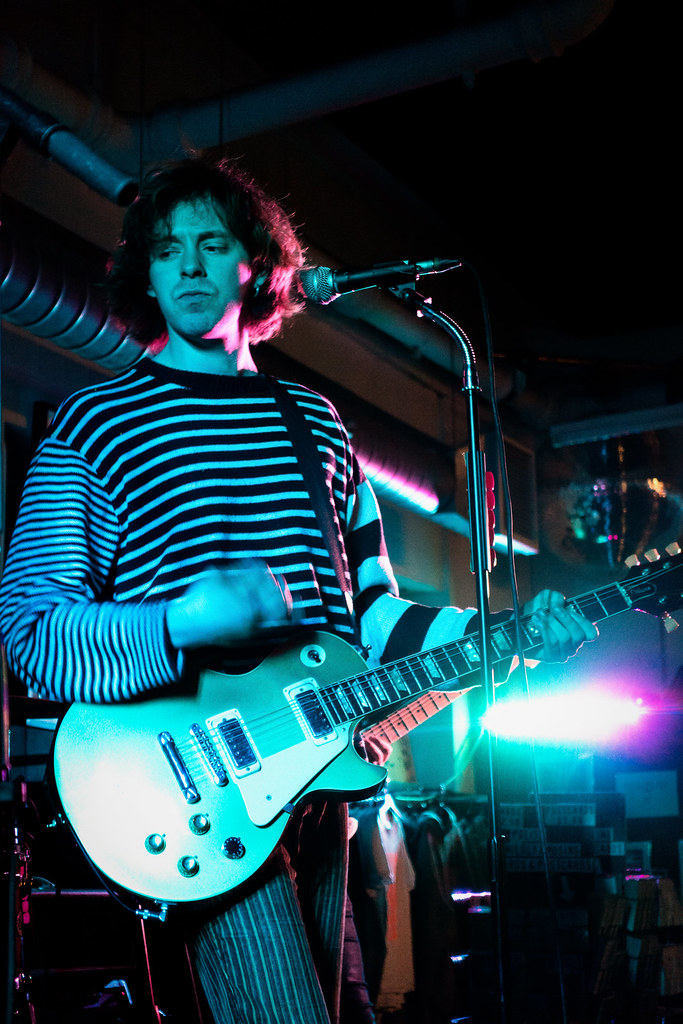 After Peace, I jumped on a bus to Dalston. Thurston Moore was playing a benefit gig for Resonance FM. The performance was billed as ‘improvised’. Having seen Thurston improvise with Sonic and his solo projects, I thought this would be a great evening. Unfortunately, this wasn’t the case.

Resonance FM is an Internet radio station specialising in the avant grade type music you hear on late night Radio 3. You know the type (or maybe you dont). Composers using items that weren’t intended for music to make sounds that really don’t sound like music and therefore the music ‘challenges’ the listener. Short hand for ‘if you don’t think it’s music, it’s your fault not ours’. But invariably, much of the stuff isn’t art, it’s just shit. (I’m saying this as somebody who goes to ‘contemporary classical’ music evenings at the Proms, so I’m not completely biased against such music). Maybe I should have had an inkling that tonight wasn’t for me.

First up was the Langham Research Centre who were using old Radiophonic Workshop equipment such as oscillators, tape machines and the like. However, they weren’t the Radiophonic Workshop. The piece they played wasn’t music. Just a whole bunch of phrases played from a tape that anyone with GarageBand could knock out with a little effort. Yes, it’s quiet clever and interesting watch these guys use this old equipment, but there still has to be some substance. That’s why the Radiophonic Workshop’s held in so high regard. They did create some interesting music as well using these experimental electronic sounds. However, maybe I’m being unfair on these guys. I’m sure they’ve got other interesting pieces. Unfortunately for me, tonight’s set wasn’t. 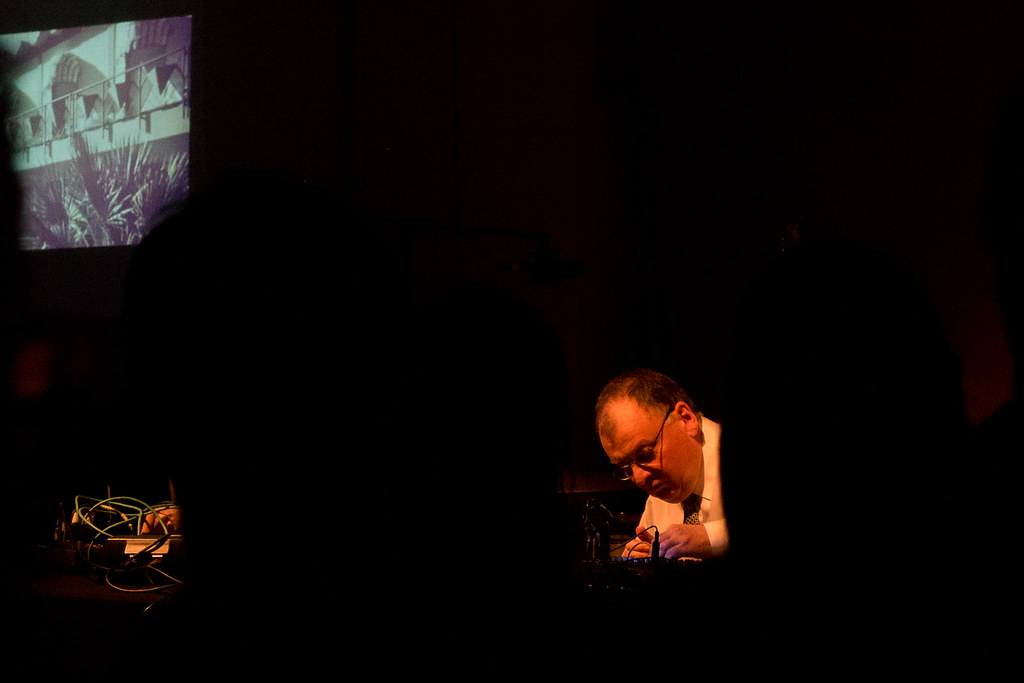 Next up was Jennifer Walshe, another contemporary composer. Her piece consisted of her strumming an instrument occasionally. Pretending to be strangled to death. Making the sound of wind (for far too long) and saying lots of phrases as if you were tuning a radio. I’d be lying if I said it wasn’t interesting at times. There was definitely some interesting ideas. But they didn’t add up to music. So sorry, just because I’ve been told something is music, does not make it music. 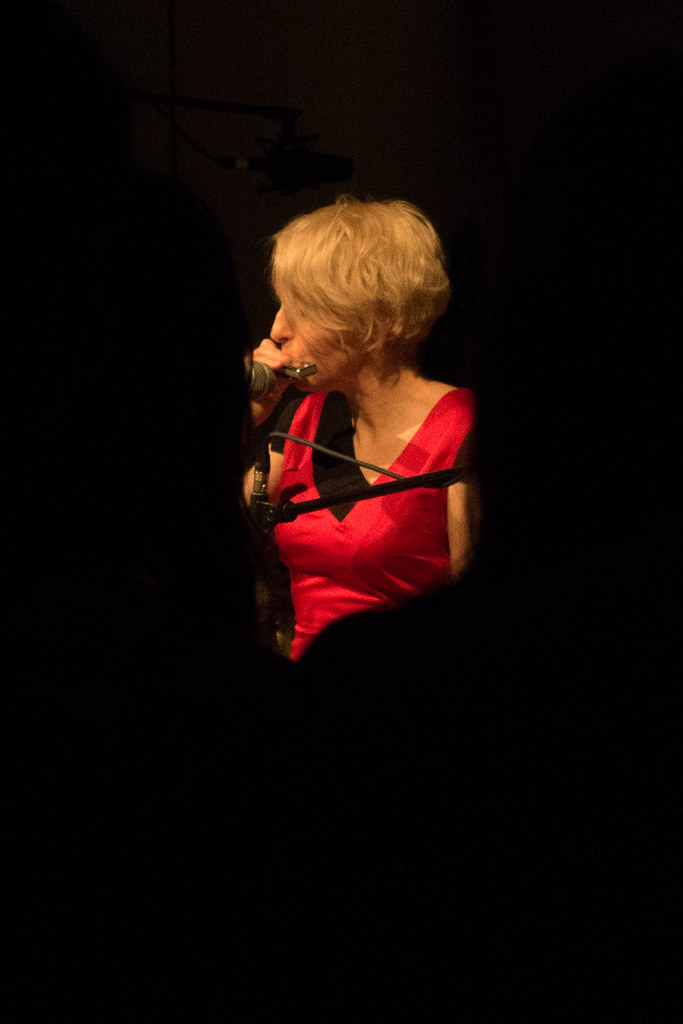 Okay, so scene set. Thurston to save the evening? Sadly no. I hate writing this as I’m a big fan of his. Unfortunately tonight’s piece didn’t have the trademark Thurston sound. Instead it was a more a case of Thurston creating a wall of ‘guitar white noise’ over a drummer who really was central stage. As I’m not a big fan of drum solos, it wasn’t for me. At a few points melody crept in and I thought it was going to head in a more ‘accessible’ direction. But unfortunately not. The first encore was a little better. I think there might have been a second encore, but I’d had to head home to catch my train. 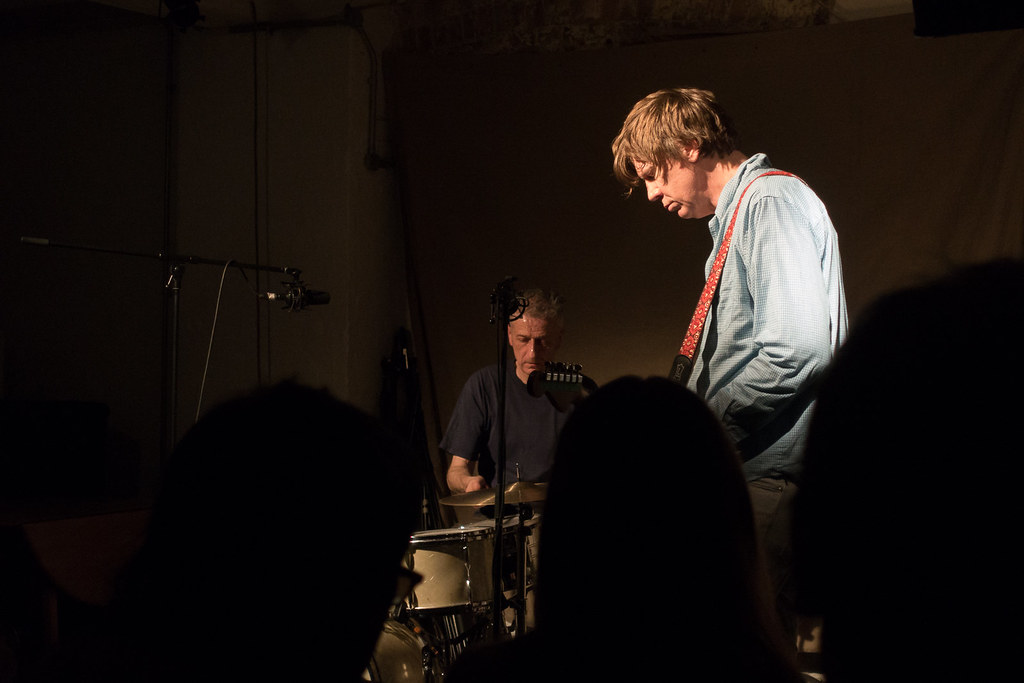 So a bit of an ‘up and down’ evening. Oh well. You can’t win them all.