The Pixies at Troxy

The Pixies didn’t ‘do anything’ for me when I first heard them. At some point around 2000 I gave them a proper listen and discovered that I had been missing out on an excellent band. So I was happy to see them reform to give me a chance to see them live. Last year I saw the Pixies at Brixton Academy. Although the gig was very enjoyable, it wasn’t the longest set.

Tonight’s gig came out of the blue when a mysterious email arrived claiming to be from the Pixies offering tickets to a gig at Troxy, a venue I’d never heard of. The gig was organised by the Pixies as a ‘thank you’ to fans the set list was built-up from email suggestions from fans. So the set list was varied and very good, managing to cover most of my favourites.

Unlike last year’s short gig. There was no short changing this time and the excellent set list meant there were no weak links. In fact the band seemed to enjoying themselves much more than at Brixton (I saw them on the fifth and final night at Brixton) which I think only added to the crowds enjoyment. A great gig. 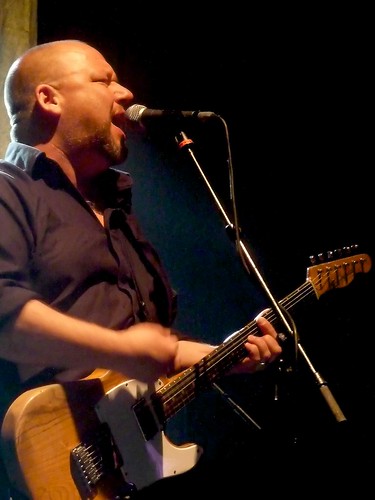