Mr B The Gentleman Rhymer at the Royal Albert Hall

Mr B selling out the Royal Albert Hall? Well yes and no. Tonight Mr B played the Elgar Room in the Royal Albert Hall, a much smaller venue. Unfortunately, I had a really bad cough and stupidly sat in front of the stage. Hopefully, I didn’t affect his performance too much. I apologise if I did.

As always, it was an entertaining evening from Mr B and friends. But I wish he’d play more of his earlier tracks. It’s not to say that his new stuff isn’t enjoyable, it is. It’s just that some of his earlier stuff is based on songs we all know and therefore I think they’re better for getting the crowd involved. But still it was an entertaining evening. Even if at times I felt like I was going to cough my guts up. 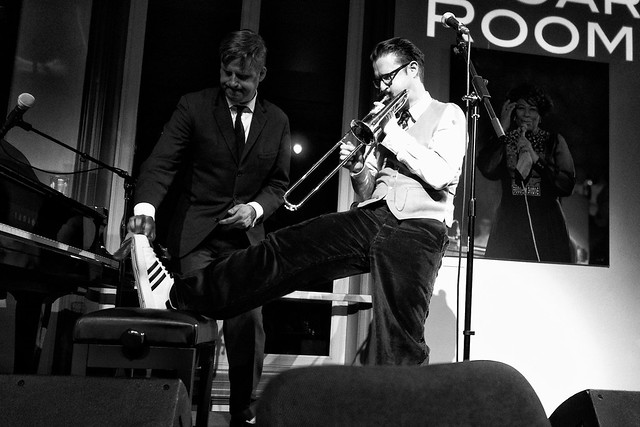