When looking for gigs for Moksha Medicine I came across the Hanwell Hootie, a free mini festival taking place in Hanwell in west London. The event was held to honour Jim Marshall, the creator of the Marshall amp. I have to admit, it’s not an area of London I’ve ever been to. But even though I caught Moksha earlier in the week, I thought I might as well give the festival a try. 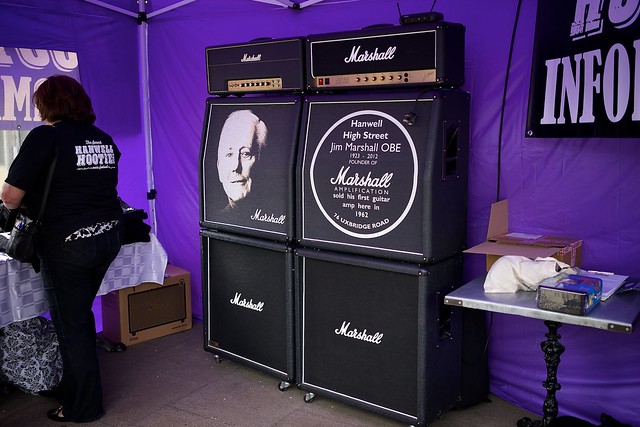 Although there were a few up and coming bands such as Moksha. There were also ‘local bands’. You know the type, the cover / wedding band. Great to watch in your local pub, especially if your friends are playing in them, but add nothing to the musical lexicon.

Then there’s usually some ‘speech’ about how great the event is going to be for the area. Often with some local politician sticking their oar in to make sure they are attached and so they appear to be doing things for the locals. But forgetting that the event might have actually done what it was meant to do and attract none locals who listen to the speech and just see a politician doing some local schmoozing. 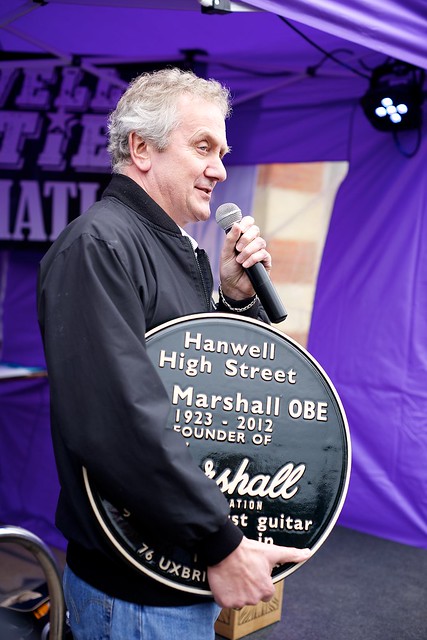 Award of a blue plaque for Jim Marshall, the creator of the Marshall Amps

Then there’s the venues. The local pubs, clubs and cafes, that for the rest of the year don’t have any form of live music on and so have completely inappropriate spaces when things get busy.

Sadly all of this was true and as a music festival for the general music concert goer there was slim pickings. But taking us outsiders out of the picture and what you’re left with was a fantastic example of the local community getting together to do something really positive.

So good luck Hanwell with future Hooties. Sadly there’s just not enough in it for me. 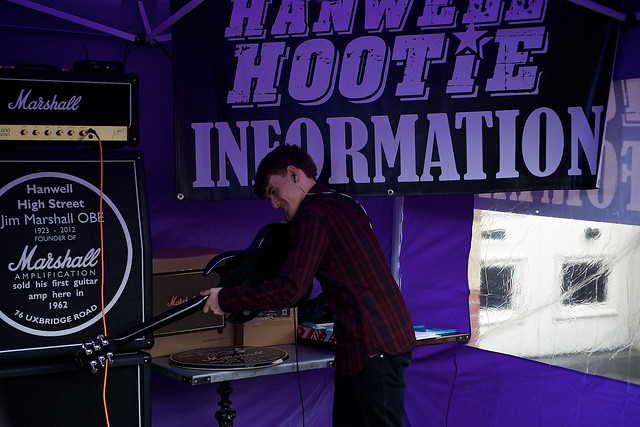 ‘A minute of noise’ opened the event. 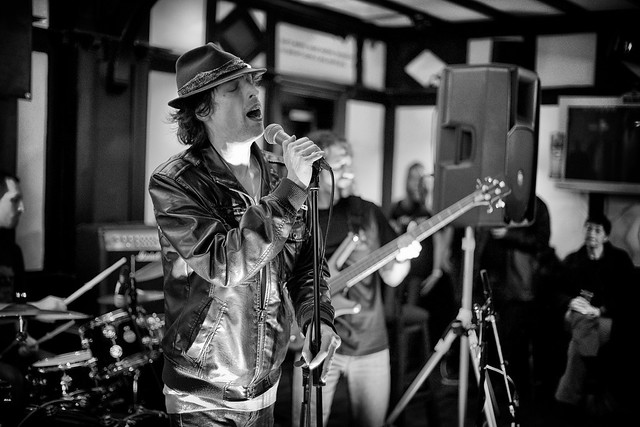 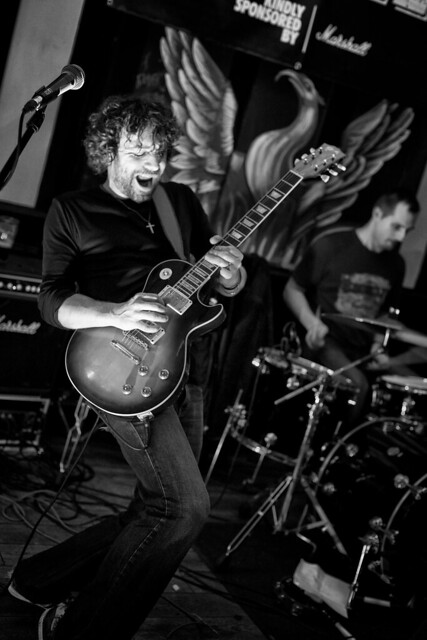 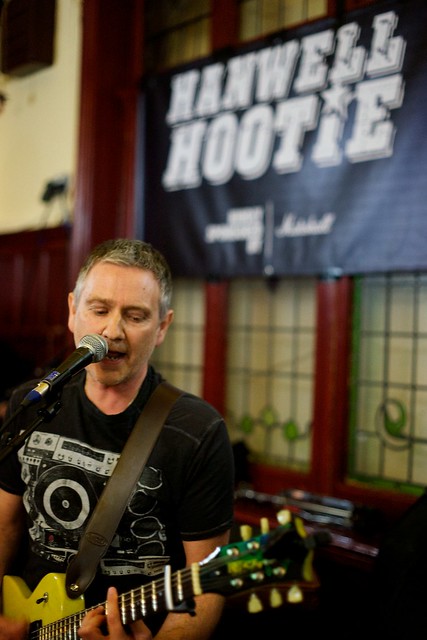 House of Jack – a not very convincing covers band 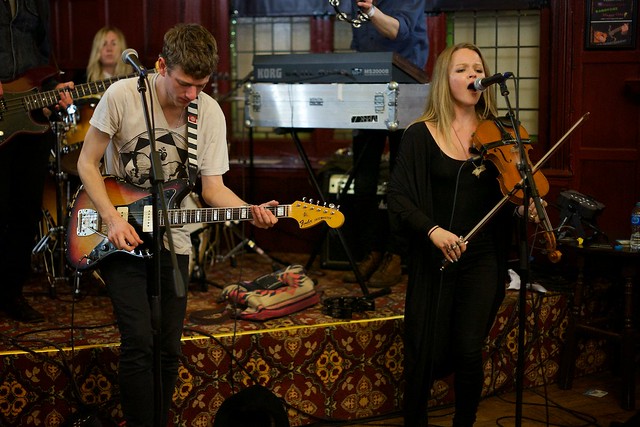 Moksha Medicine playing in a completely inappropriate venue competing with the live sports with a criminally small (though appreciative) crowd. 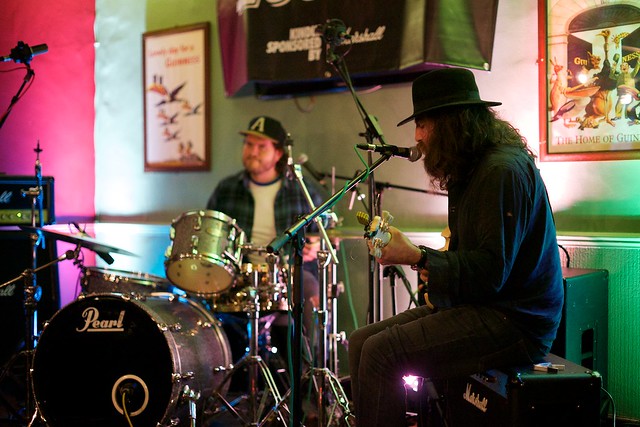 Pat Dan Smyth – far too ‘country’ for my liking. For the it would work better if the drummer didn’t sing 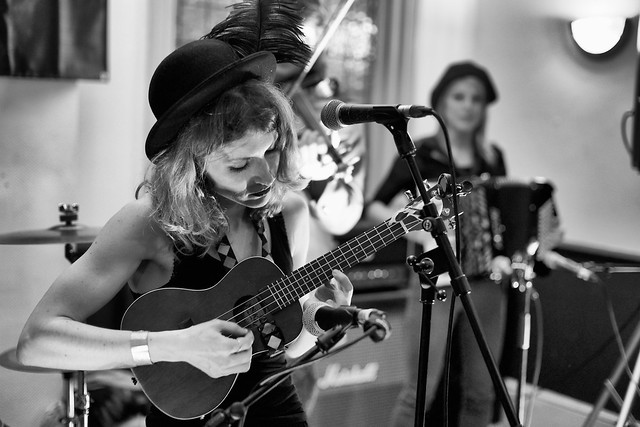 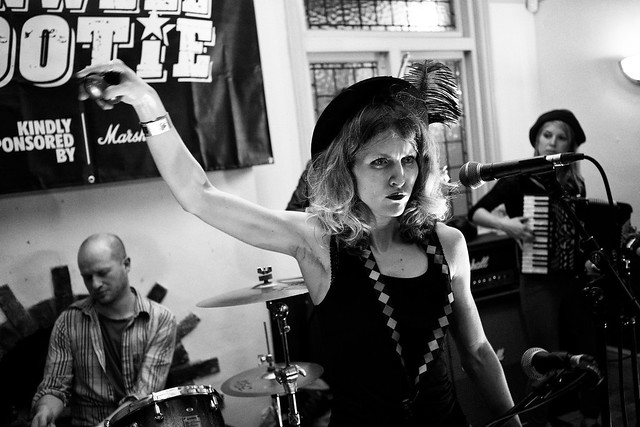 Ella and the Blisters