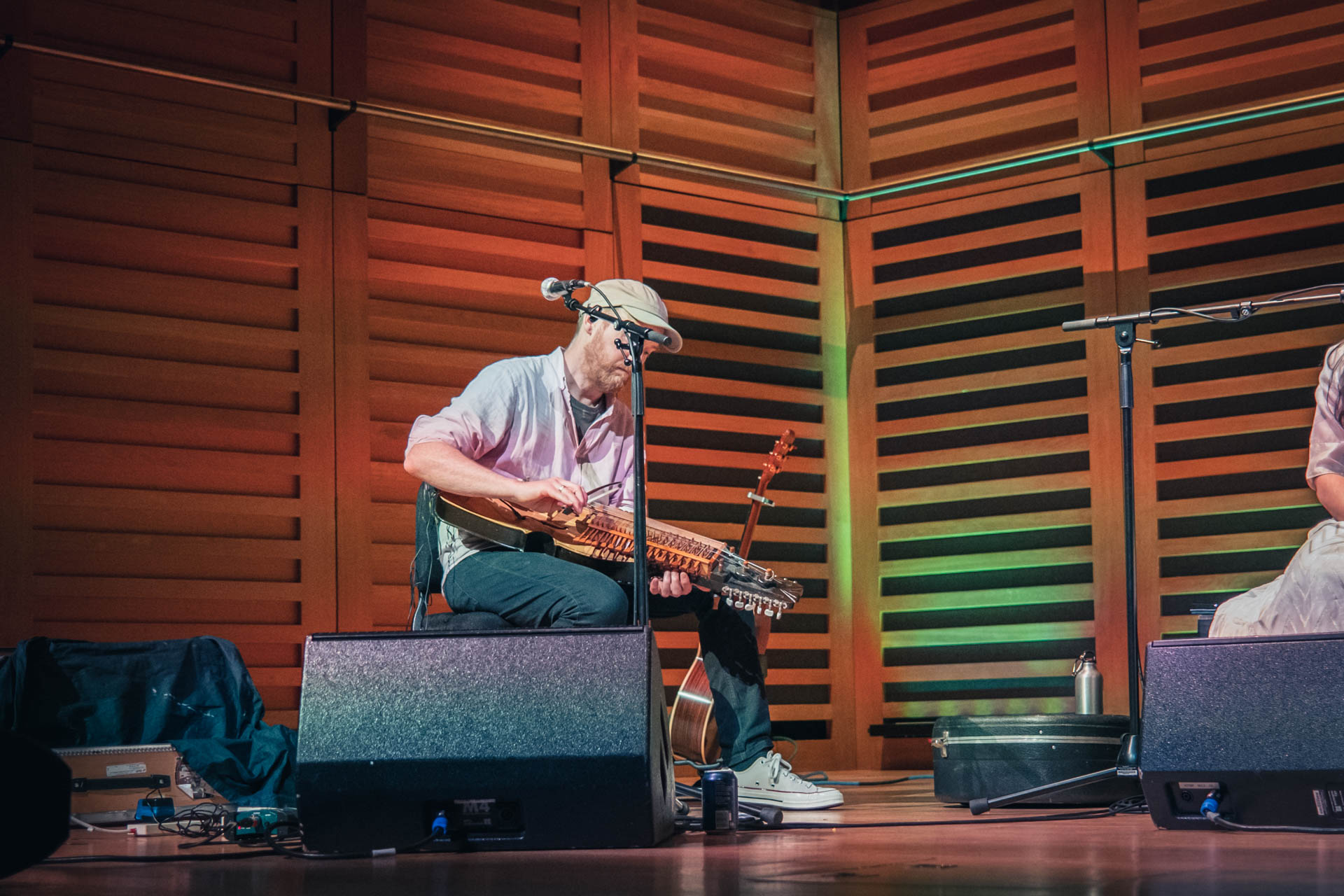 An evening that was both disappointing and brilliant. Originally billed as Yorkston / Thorne / Khan, tonight’s gig was meant to be in support of their album released during lockdown. Unfortunately, Khan wasn’t granted a visa. Thankfully, instead of cancelling again, singer and compose Ranjana Ghatak was added to the bill. This meant the music was reworked quickly for tonight’s gig.

This wasn’t the sublime fusion of Scottish folk and Indian music styles the album was. instead the necessity of putting this together very quickly meant the mix featured clearer transitions between styles and Ranjana’s singing. But that wasn’t a bad thing. Ranjana’s vocals were simply stunning. Singing in Indian classical style, her pitch was so clear. It was simply stunning.

This was a really nice gig. The interplay between Yorkston and Thorne was like two bickering old friends and Yorkskon’s Scottish folk music felt intimate in the King’s Place. A nice evening.