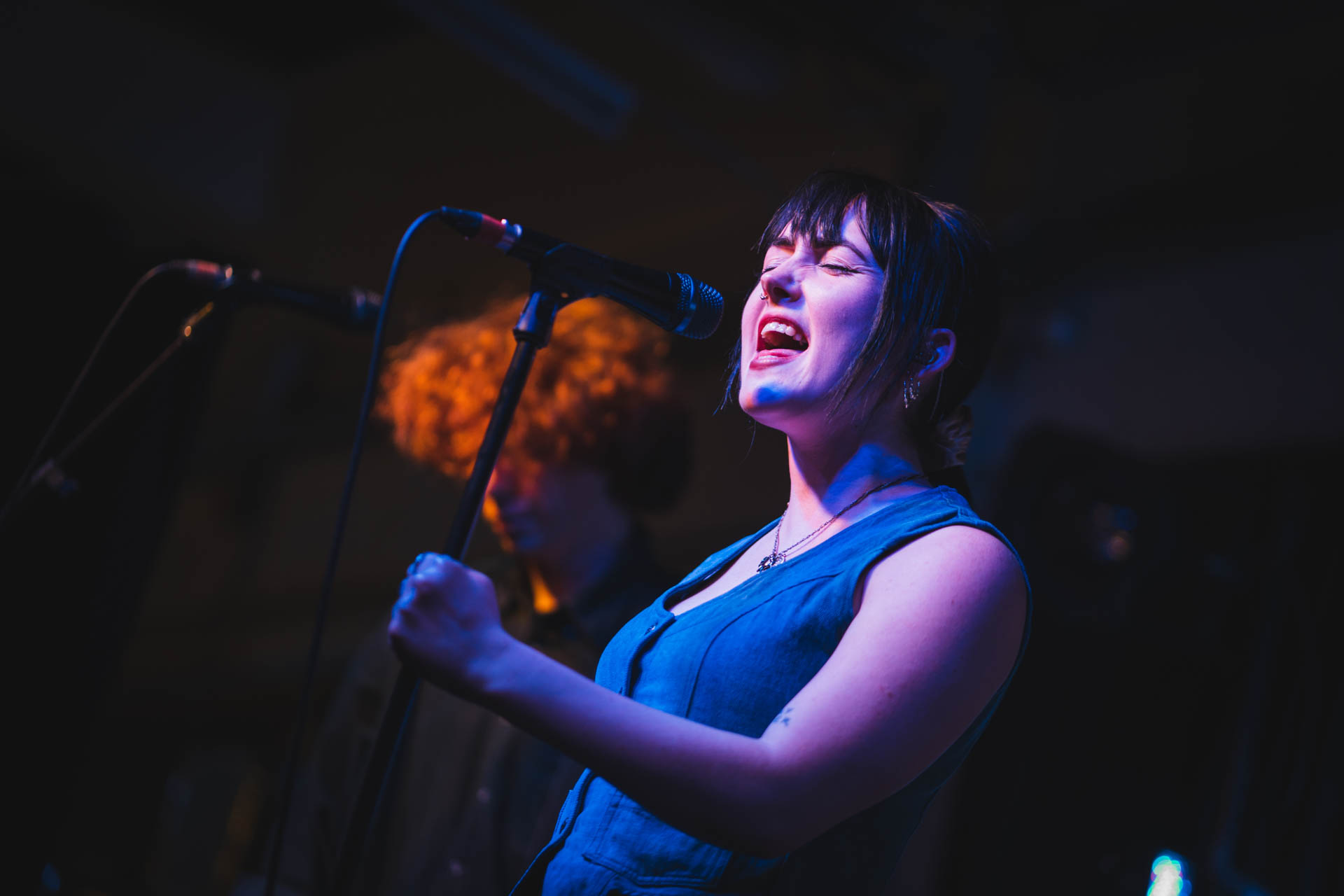 Another evening, another album launch at Rough Trade. Today it was the turn of Irish band, Just Mustard. For some unknown reason, a band I have not seen before.

I guess the way to describe them is if Gilla Band did shoegaze. Harsh feedback driven screaming guitars create a noise scape over which the singer Katie Bell lays ethereal vocals. I guess it is industrial shoegaze. Behind the sticks Shane Maguire is occasionally let loose to really push the dynamics. A really fascinating sound and one I really liked. In some ways it shouldn’t work. But the contrast between the pure vocals and the harsh guitars creates a discordant beauty.

However, saying that, in some ways the band suffers from the same problem I find most shoegaze bands suffer from. Their live shows just don’t work for me. Even the mighty Mazy Star, bored me silly when I caught their live show. So I have previous with shoegazing bands. Despite screaming guitars, when you would expect guitars to be flung around, there wasn’t much movement from the band. Katie rooted to the spot as she sang her often soaring vocals. It was only when the handbrake came off with ‘Stills’ the energy in the songs were matched with an equal performance and had me dancing along.

But this has always been the shoegaze way. While very enjoyable and the music thoroughly captivating. Like other shoegazing bands I am not going to rush out to catch them again. I did enjoy the performance, even if I felt a little detached. I know I am being unfair. I already think the album will be amongst my favourites so far this year. From an objective point of view, the performance was good. It had to be to control the noise they produce. It is just the kind of performance that doesn’t grab me, but please make up your own mind. Musically, they are excellent and their live performance might work better for you.