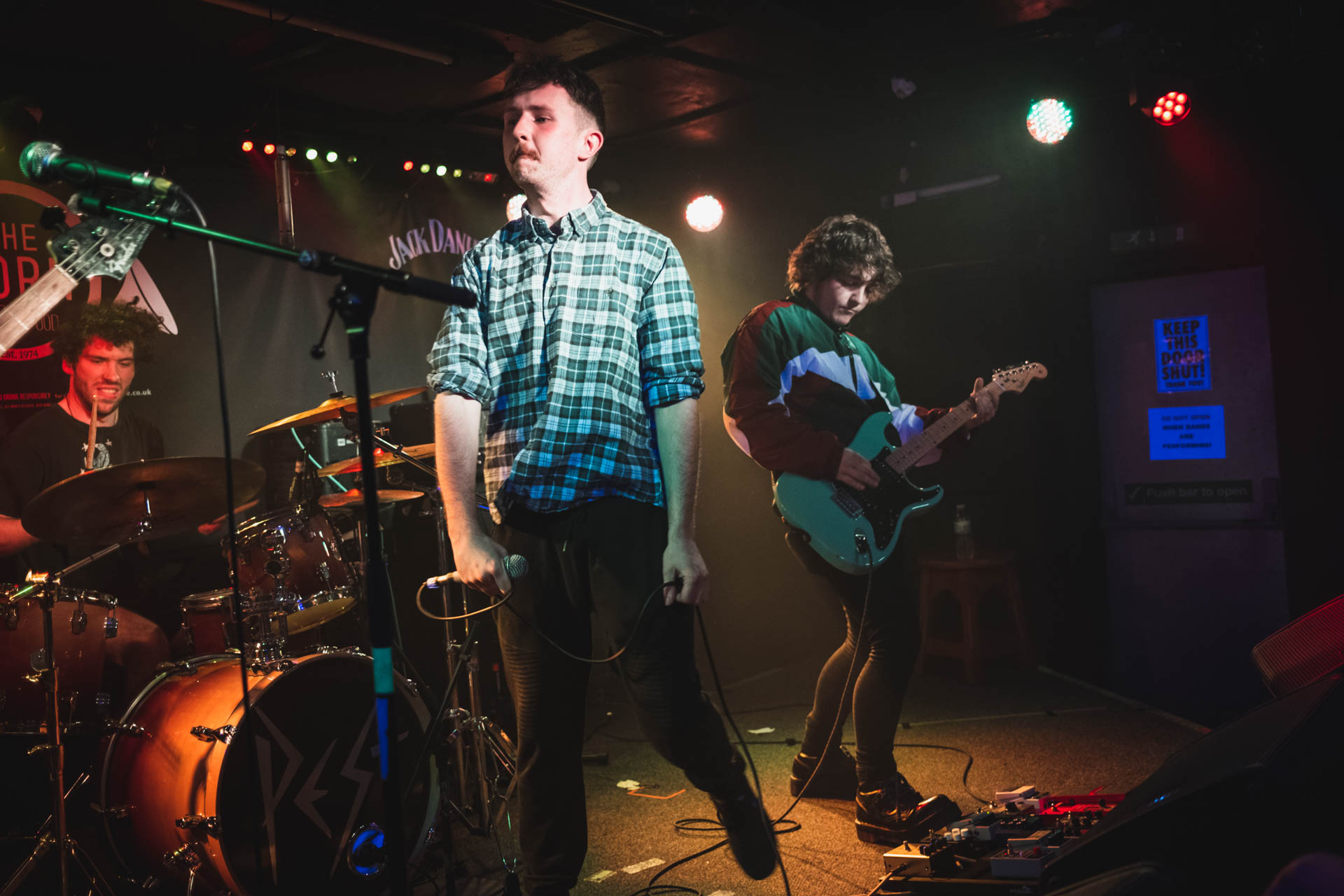 Okay. This review is going to be hard to write. Every time I write ‘Enola Gay’ it kicks off OMD’s song in my head! (See what I mean)

Enola Gay are a Belfast band with something to say. They cite Girl Band (Gilla Band) as a big influence and they are named after OMD’s anti-war song. They are part of the new generation of bands using the directness of post-punk to get across their anger at the world. Like Gilla Band, they go for the noise end of post-punk, with feedback and echoey guitars and shouted lyrics.

This was the first of two nights in Hertfordshire before heading off to their first Great Escape. As witnessed by Cameron citing the Smiths, many who listen to indie aren’t necessarily left leaning. I always think of St Albans as quite liberal. But it has returned a Tory MP for the majority of the last 150 years. With anti-establishment songs, anti-Union lyrics mixed into pro-BLM songs, places like the Horn and Corn Exchange Hertford could be a difficult audience. (Hertford has only ever been Tory).

There was no sign of antagonism amongst the older ‘6Music listeners’ and the youngsters who were there in the main to see the support band PEST (who were excellent – think garage metal). Everyone seemed to love their focused energy. I was hard not to. But they also have some excellent songs. My favourite was SALT with the queen of evil Thatcher’s words mangled Cassetteboy-style saying into exactly what she did, bring discord to the country. As Enola Gay say, why St Albans are you ‘Brainwashed by the Tory cult’. There’s a lot to like about this band. But like their heroes, Gilla Band, their sound is harsh. It will be an acquired taste. But very much to my taste.