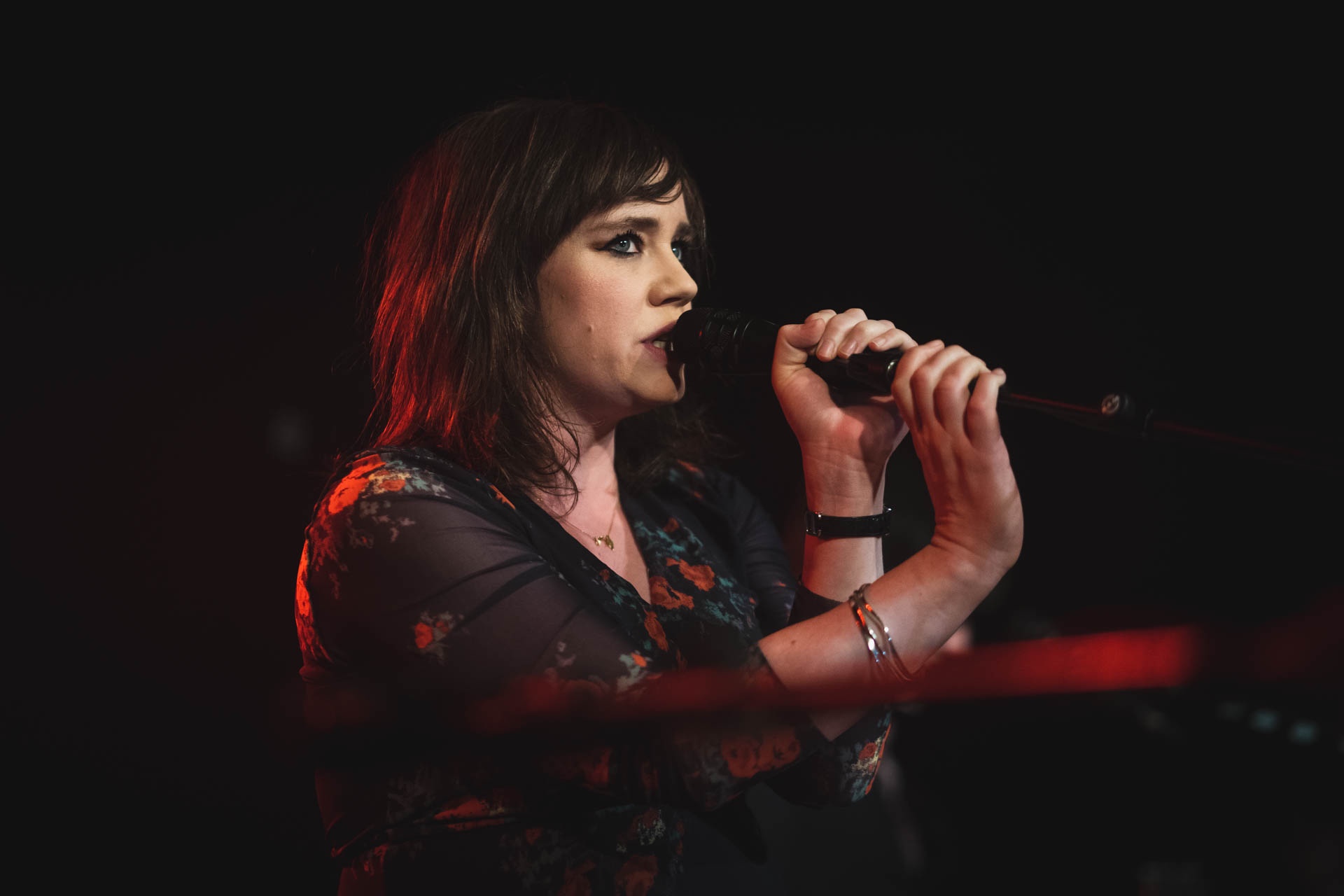 I have seen Rose Elinor Dougall many times after she supported (British) Sea Power. She always manages to create dreamy indie pop tunes and the more I saw her, the more her beautiful vocals took hold and I always try and catch her latest projects. The WAEVE is her new band. Okay, there might be somebody else called Graham Coxon who might be influencing the band just a little bit. But this band is still very much a Rose band.

Many will go to see this band for Graham. In fact there was already a mini queue of Graham fans when I arrived at The Lexington, who stole my customary right-side of stage position as they knew Graham was standing that side of the stage.

I headed for the other side near to Rose. Maybe because of this, the music felt more Rose’s than Graham’s

The was a lot of similarities with this music and her previous output. Lots of space for soaring dreamy indie pop vocals, with laid back drums, bass and violin interspersed with more direct vocals accompanied by frantic tambourine tapping . Where the music headed into a different direction was when Graham added angular guitars and saxophones, which at times were almost psychy. But Rose’s laid-back dreamy indie pop sensibilities still underpinned each song. This felt more of a ‘Rose band’ than a ‘Coxon band’.

It will be interesting to see if this project leads anywhere. There is an album coming soon and I assume there might be a few more gigs and possibly some in-stores. But Graham has many other projects and Rose was clearly several months pregnant. I guess it might be a while before she is ready to tour this album. Hopefully there are other outings because I enjoyed what I heard.