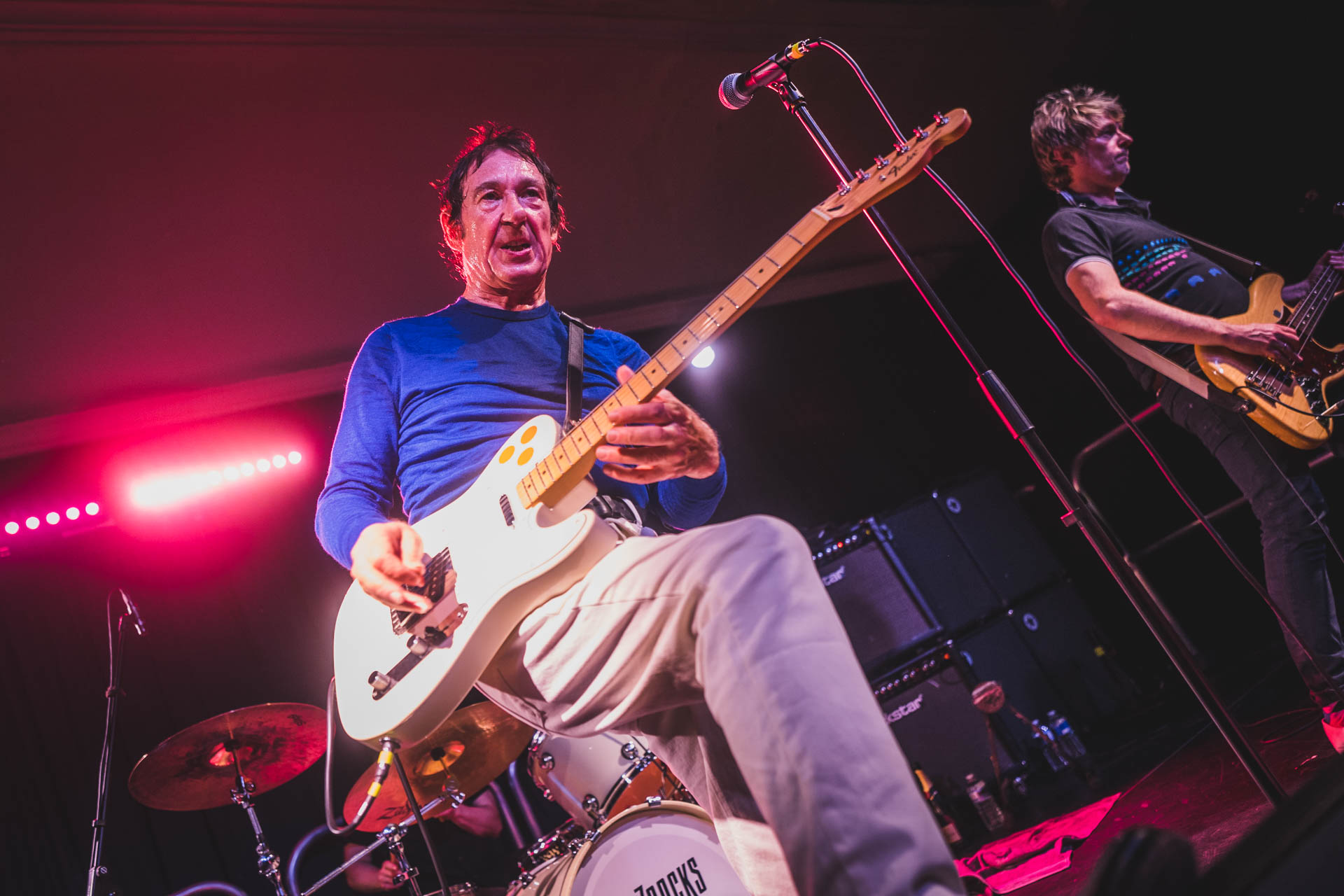 Headed off to the new Corn Exchange Hertford to catch one of their first big bookings, the legendary Buzzcocks (and to tick off one the classic bands off my list). It was great to see the new venue packed out on a Friday night. As expected, it was a fairly old audience. But hopefully, many will think about returning for other gigs.

Support was from Sheafs. I thought I had seen them. But it turned out I hadn’t. There was a lot of intense serious staring over post-punk angular guitars. Lawerence the lead singer was confident and not phased to be playing for an indifferent audience who seemed to enjoy their performance. I know I did.

Everyone has a Buzzcocks album – even if it’s just the ‘best of’. The Buzzcocks managed to marry the nervous twitchy energy of punk with a genius ability of crafting three minutes of punk for the pop audience. Sadly, the current version of the Buzzcocks only consists of Steve Diggle after Pete Shelley died in 2018. When I see a band that only consists of one member of the original band, I do wonder if I am really watching a covers band?

In all honesty, a covers band would probably have been a better. While the was an element of the Buzzcocks there. That nervous energy just isn’t there when the lead singer is now a pensioner. (and possibly had maybe drunk a few too many). While we all sung along to their greatest hits, the newer material didn’t get much of a reaction and that’s the difficulty these heritage bands have. They have to play to the audience, something Steve did well. While he still has a lot of energy for his age. The twitchiness, the nervous ecstatic energy that came from 20 somethings whacking out 3 minutes songs, isn’t there. The difficulty for the band is the audience constrains how far they are allowed to continue to grow with their new lineups. Buzzcocks are stuck in a middle ground. Clearly wanting to move on as a band, but the audience (including me) wanting to hear the classics. This makes reviewing them difficult. Judging the current lineup against their support. The authenticity and energy is just missing. But I guess I didn’t go to see an authentic band. I went to tick off a band on the ‘would loved to have seen list’. And from that perspective. This was a decent heritage performance.