At the beginning of 2013 I set myself a number of New Year’s Resolutions. Rather than just one, I figured if I set myself a number of targets, from the ‘give up variety’ to the ‘do’ variety, I stood a better chance of achieving something. One of ‘do’ challenges was to go to two gigs a week. It was very much a task that wasn’t one of those I thought I’d achieve. With January and February, notoriously bad for gigs, and many of those that I do plan to attend, missed due to ailments or poor weather and this year with March taken up with SXSW which would only count as one gig, it meant that really I was looking at trying to achieve about 100 gigs in 9 months. Quiet a tall order when I live outside of London and most gigs involve me travelling in after work. But last night, I managed to hit the magic target of 104. I’ll analyse these gigs in my end of year round up. So what was the magic 104?

For a few weeks it looked like the British Sea Power gig at the Cutty Sark was going to be 104. This would have been an appropriately magnificent unusual gig for this magic number. Unfortunately, due to some laziness on my part, I missed two gigs in November and so it at 102. Instead, gig/concert 104 turned out to be Mazes at Birthdays.

Birthdays was a new venue for me. Upstairs it’s the usual Shoreditch, Dalston hipster type place. I don’t dislike hipsters per say. I’m not far from being an old one. I’ve been working with the web for nearly 20 years. But I’ve never been fashionable or cool in anyway whatsoever and to be frank, I’ve never been bothered by this fact. I’ve always worn ‘scruffy clothes’ and occasionally I’ll go a week or two without shaving. But I’ve never set out to adopt the look because it’s the ‘hipster uniform’ – and I’ve definitely never worn trowser that are either too short or too long and rolled-up. So yes, I’m a scruffy web developer. But that’s my natural way, it’s not a uniform I’ve adopted because I work in Shoreditch. Birthdays is one of the venues that’s filled with these beardy hipster types. Crap selection of beers on tap, expensive ‘homemade burgers’ and a selection of ‘craft beers’ – but all from bottles. It’s also designed to look like a dive. You know the type of places, Shoreditch is full of them. Downstairs things are on safer ground with a pretty decent little basement gig space.

The first band tonight was the Cheatahs. This is the third time I’ve seen them and the second time in as many weeks as they supported Metz in November. They have a grunge sound right out of the 90s. Reminding me of bands like Dinosaur Jr that were around when I was at Uni. But because of this I just feel I’ve heard better. I’m afraid I don’t hear anything original in their work. They’re not unpleasant to listen to. Quiet the opposite. They just don’t excite me. 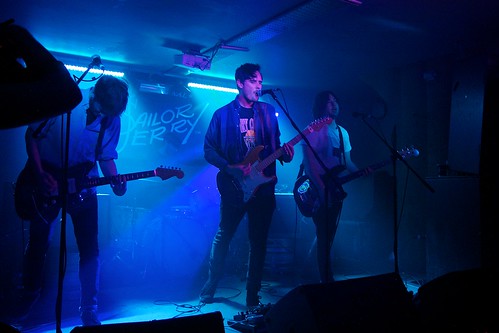 Next up was Fair Ohs. I’d never heard of them before and I’m not going to go out of my way to listen to them again. Although at times they made some interesting music, the lead singer came across as arrogant. I’m sure it’s all part of the show. I just didn’t find the lead singer’s ‘character’ somebody I wanted to watch. 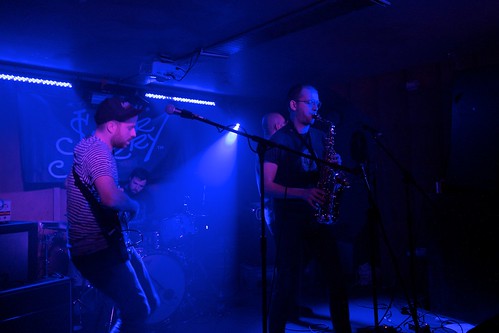 Finally on to Mazes, a band I’d been looking forward to seeing. I’d really enjoyed their ‘Ores & Minerals’ album from earlier in 2013. I thought it had four of five really good tracks. I’d meant to see them support Parquet Courts in November but missed the gig. So it was good to finally see them. 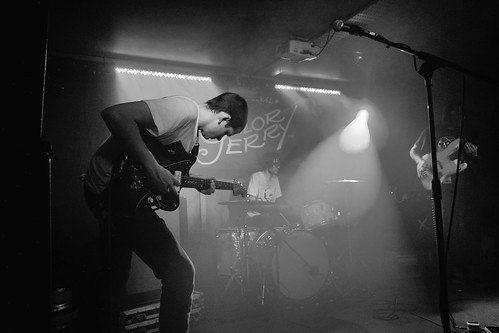 Unusually, they started with one of their strongest, probably strongest track, the excellent Bodies. I think this was a blinding choice to start with. They then mixed new and old material in an enjoyable set finished with Skulking.