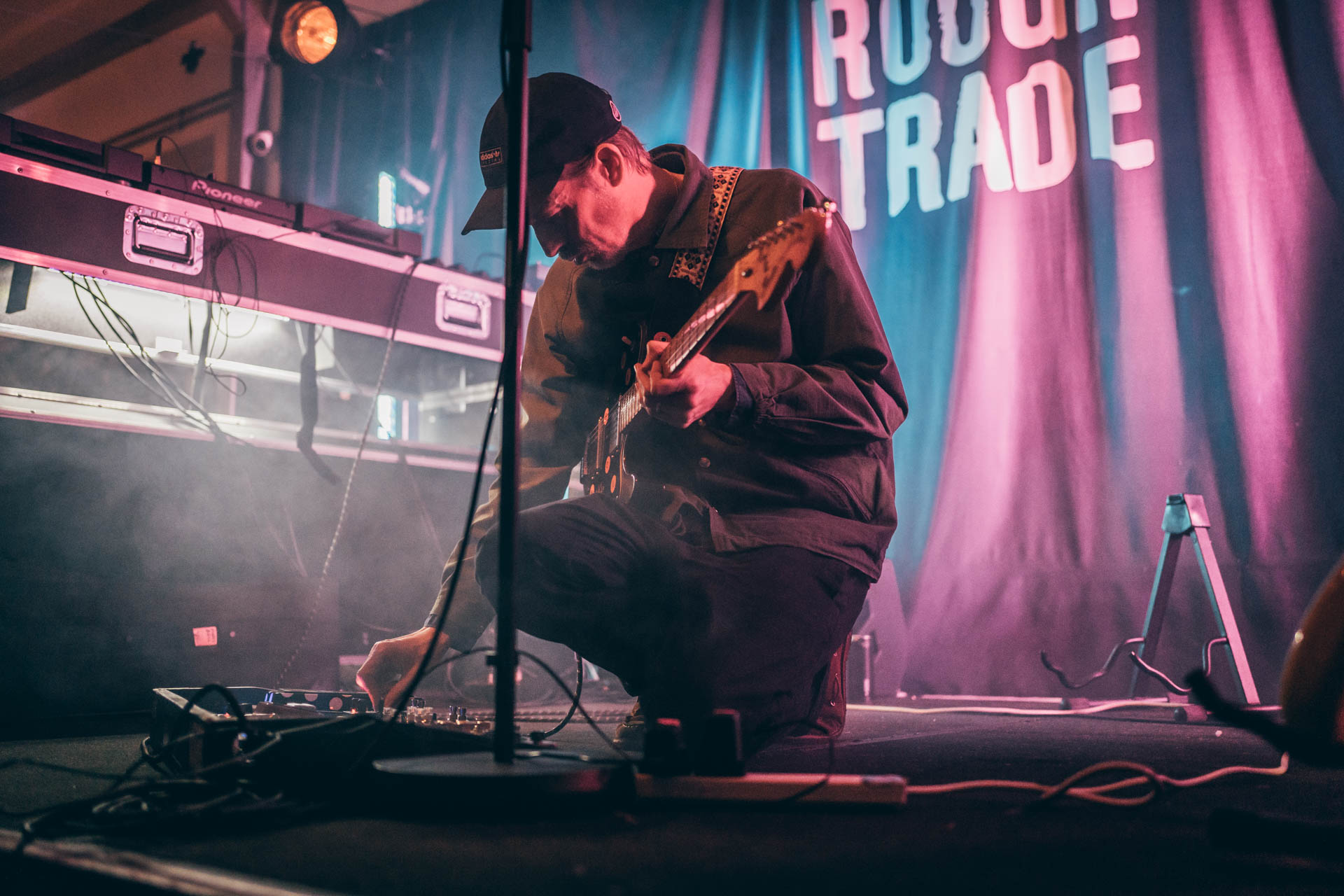 I’m not a fan of Ride. In fact I’ve walked away from their sets at two festivals. It’s not that I dislike them. They’re perfectly pleasant. But at festivals. If something isn’t holding me, I head off to find something that might interest me. However, as this was a free gig with Andy playing his solo work, I thought I would drop by Rough Trade and give him a listen.

For such a popular band. I was surprised there were no queues forming, so had a few pints in the bar opposite Rough Trade. Even at 5.45. There was still no one queuing. I was worried that maybe no one was going to turn up. Which isn’t fair on any artist. Luckily once the doors opened, it did gradually fill up by the time he eventually came on at 7pm. Hopefully, he did reasonable sales.

I have to admit. I did leave before the end of this set to catch a train. Partially this was due to me expecting a 6.30 start. But part of it was that like Ride, I wasn’t watching anything special. Again, it was enjoyable enough. Washes of guitar feedback played over drum patterns. But this type of performance usually is accompanied by animated guitar playing. I think you can see this from my photos, Andy hardly moved except to tweak something on his pedal board or queue a drum pattern. Hardly Thurston Moore. So there wasn’t even anything to hold me from a photography point of view. Pleasant. Just nothing special.