Billy Lunn (from the Subways) at The Horn

A fun little gig by Bill Lunn, the lead singer of the Subways. The gig was billed as an acoustic session and it was. But it was unusual for a acoustic gig as Billy played the songs very much in the same way he would electric. So he attacked each song with verve (so much so he broke a string). It was a refreshing change 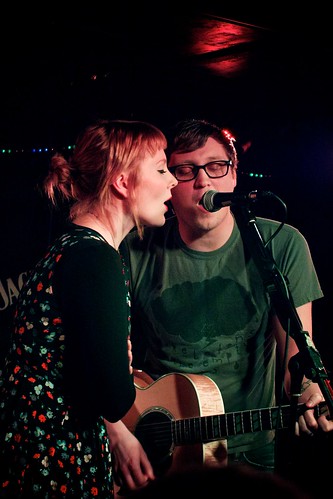 Billy with his wife replacing Charlotte.