I’m a big Zep fan. I was lucky enough to see Zep’s O2 gig and I’ve seen Robert Plant play live. So when I heard John Paul Jones had a new band and was touring, this was one concert I had to attend. Of course it helps when the rest of the band are so good!

For the first time this year, I was unable to get a ticket through legitimate means – so I had to hit ebay. Luckily the prices weren’t too bad, but hopefully next time there’s a big gig, people like me who managed to get through to the payment screens, have their payments taken.

The Vultures had decided to close their UK leg at the Hammersmith Apollo in the middle of December, at a time that happened to coincide with snow in London. The night before the gig was my work’s Christmas party and I was unluckily enough to be snowed in at work, spending the night in a sleeping bag in my office. But I had planned ahead and made sure I brought my ticket with me so that I could head off to the gig on the Friday morning. 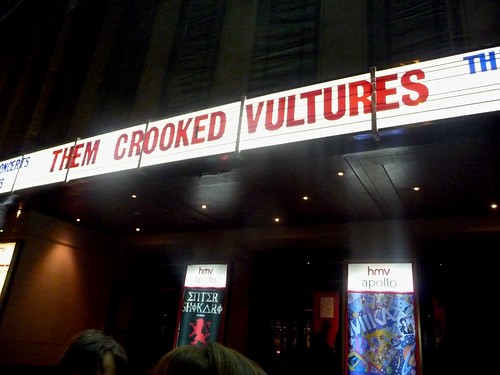 The support act were Sweethead, the side project of fellow Queens of the Stone Age’s member, Troy Van Leeuwen. I’d seen Sweethead earlier in the year when they supported ‘The Eagles of Death Metal’. They’re one of the best support acts I’ve seen this year and I suspect they converted quite a few people in the audience who seemed to receive them warmly. The lead singer Serrina Sims, did a great job not only of carrying the vocals but also covering the numerous technical problems the experienced. 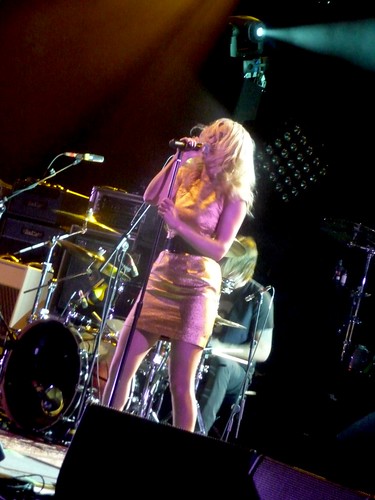 ‘Them Crooked Vultures’ came on the stage around 9 and then the aural assault started. 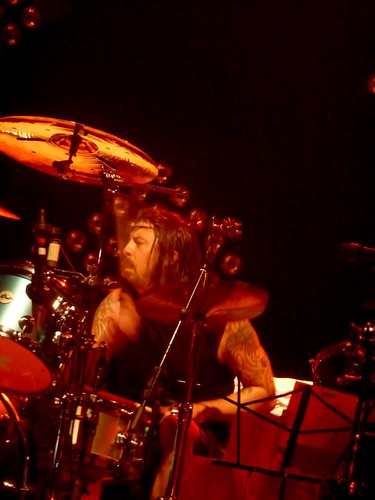 I’ve not seen QOTSA or the Foo Fighters live. Although I have a few of the Foo’s albums, I’ve never really ‘got’ them. So haven’t seen Dave Grohl drum since Nirvana and boy does he drum. It’s a long time since I’ve seem somebody pound the drums like him. Swirling around this aural assault (and I made the mistake of standing too close to the sound stacks), is the irrepressible John Paul Jones, Alain Johannes on guitar and Josh Homme. 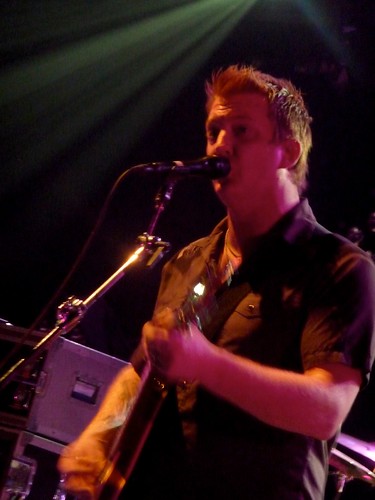 The Vultures, started off with the ‘Nobody Loves Me & Neither Do I’ which just seemed to slide us all into the mood. It’s an excellent choice for an opening song. With it’s numerous changes of pace helping to get the crowd going.

From their on in, it was 90 minutes of non stop rock. Concentrating mainly on their debut album, they did manage to introduce one new song that had John Paul Jones on mandolin. It seemed that all of the band, but especially JPJ, were enjoying themselves. I think JPJ is really enjoying being out on the road again playing in front receptive crowds and it appeared there were lots of Zep fans in the audience who agreed. It was great to see. 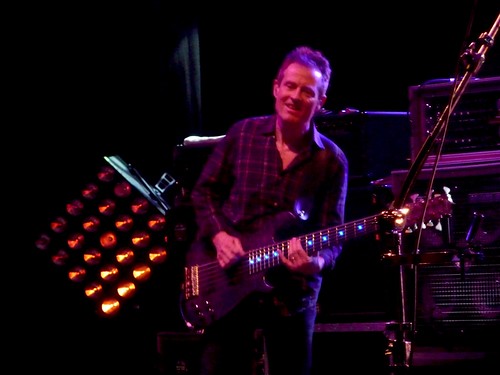 The set finished up with the neverending (in a very good way) and the night’s highlight, ‘Warsaw or The First Breath You Take After You Give Up’. Which allowed the group to jam away and take the song in several different directions building up to end a great night’s music

And that was it. No encores, just 90 minutes of aural delight. It wasn’t quite the best gig of the year, that honour went to the Dead Weather. But it was a close run thing. If they play the UK again. I’ll be there. But I suspect next time they tour the UK, they’ll be playing bigger venues than Hammersmith. 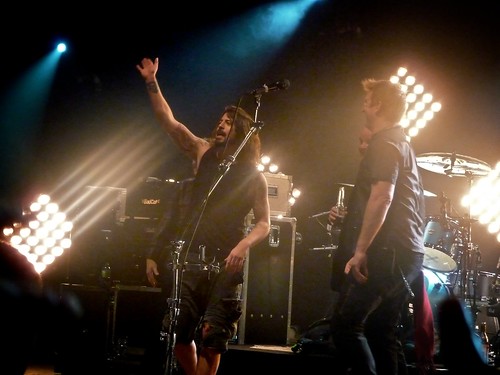