Unusually for a gig in the Attic at the Forum Hertfordshire, The Shirt Tail Stompers managed to generate a large turnout. The promise of a large dose of swing pulling in a wider audience than usual. Though I had expected more students, especially as there’s a swing society. Unfortunately the gig fell during the Easter holidays when many students return home. But initially I thought it was nice to have a full room.

It turns out busy wasn’t an improvement. Especially if those people turn out to be swing dancers who insisted everyone vacated a big space for them to dance (badly). Maybe I’m just sick of the whole swing / lindy hop scene because the proponents of the scene who seem to think that everyone should enjoy it. But I should have guessed they would monopolise the night. After all, it’s swing music, and swing music means dancing. But I was there to listen to the music, not dance.

As it turns out, the band on the night weren’t actually very good. I’m not sure if I’m being fair as looking at the pictures of the band on their website, the band seemed to consist of different band members and the band’s leader kept introducing people in the band but didn’t seem to be sure of where they had come from. Although swing isn’t my music, I’ve seen a few swing bands, and it felt to me that although everyone was playing ‘correctly’, the music felt pedestrian and lacking and kind of ‘swagger’. I’m sure once the new members gell, the swagger will be back. But tonight, as somebody there to listen to the music, everything was flat. But saying that, the people dancing didn’t seem to mind. 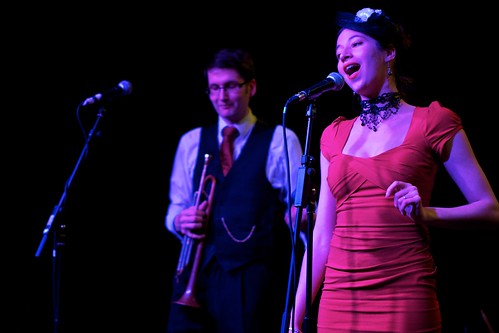