So who impressed in 2019 and who do I think might break next year? I’ve split my choices into two categories. Those ‘knocking at the door’ already have albums out and are already playing decent size London venues. ‘Bubbling under’ are bands who are starting to play their own headline tours. They are all UK or Irish bands I’ve seen in the last 12 months.

Knocking at the door

Squid have already picked up a lot of Radio 6 air play with ‘Houseplants’. Their ‘Town Centre’ EP, released in September showcases their anarchic sound. Live, they are fantastic. I saw them at SXSW where they went down well and they’ve played a sold-out headline show at the 100 Club. 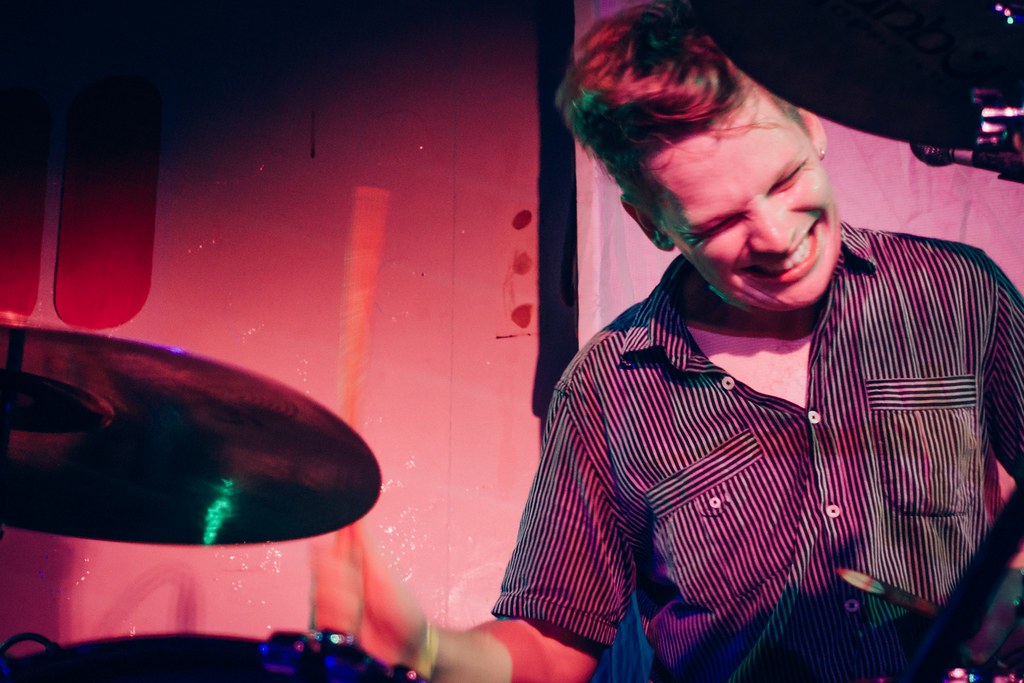 Life recently released their excellent second album, ‘A Picture of Good Health’. Unlike their contemporaries, I think they have much more of a pop sensibility. That doesn’t mean they aren’t writing commentaries on modern life, they just manage to make them singable by the audience. Many of the songs on the new album have an anthemic feel which will transfer well to big stages and play well with festival crowds. 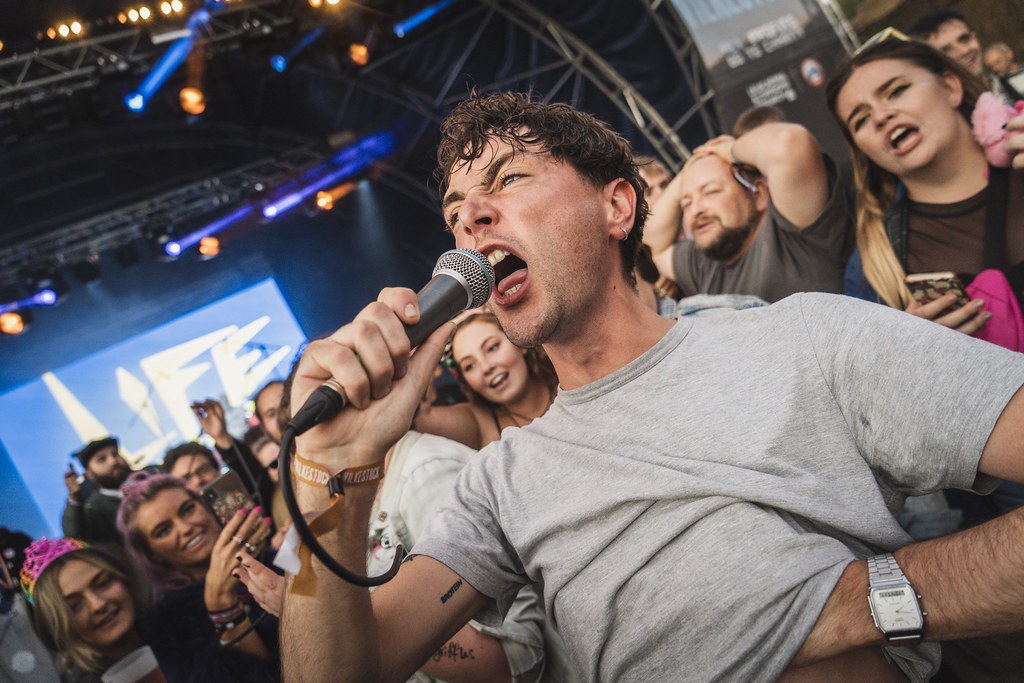 The Murder Capital are almost certain to be big this year. Their first album is intense and immense. They are a favourite of Steve Lamacq so are guaranteed regular Radio 6 air play. They have already sold out the Dome in Tufnell Park and they almost certainly will sell out their next London gig at Electric Ballroom. It wouldn’t be a surprise if they manage to sell out the a venue like Shepherd’s Bush or Kentish Town Forum around November time. 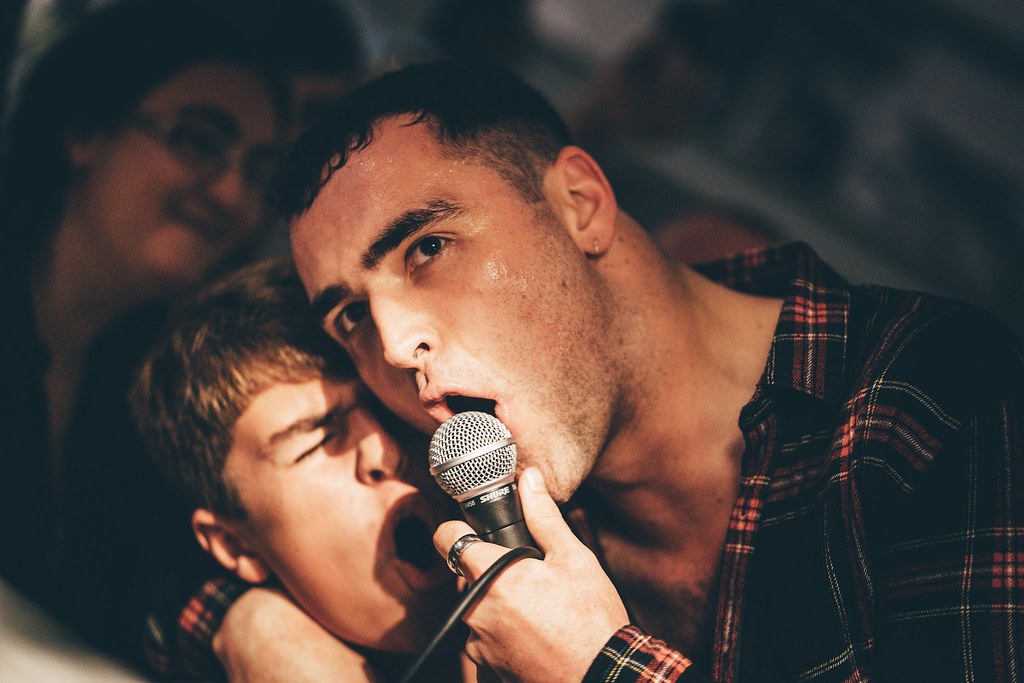 Will Black Midi brake? They were hot stuff at SXSW. There were queues to see them at the Great Escape. They’ve already sold out Queen Elizabeth Hall. They also produced one of the best albums of last year. But they are doing things their way. Something to be applauded. But this is a risk. The Southbsnk gig being the perfect example. Playing a seated gig rather than following their contemporaries down supporting a bigger bands at large venues around the country and then going the usual Dome/Scala -> Electric Ballroom -> Forum -> Brixton route. I hope they do it. They are still very young and they are an exciting live band 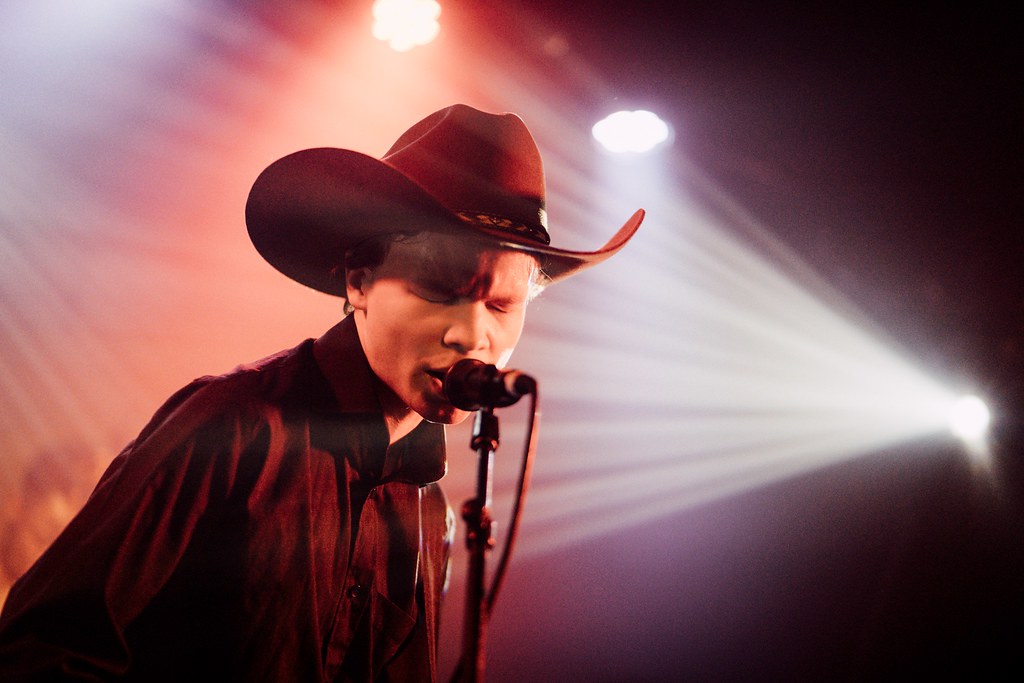 I first saw Drahla in 2017. I don’t understand why Drahla haven’t made more headway yet. Whenever I have seen them live, they’ve been well received. It may be that their sound isn’t the current flavour. They don’t fit the current post-punk scene, instead their sound reminds me of Sonic Youth and bands signed to Sub Pop as Grunge exploded in the 90s. In 2019 they released Useless Coordinates, their debut album. Hopefully, 2020 will see them push on. 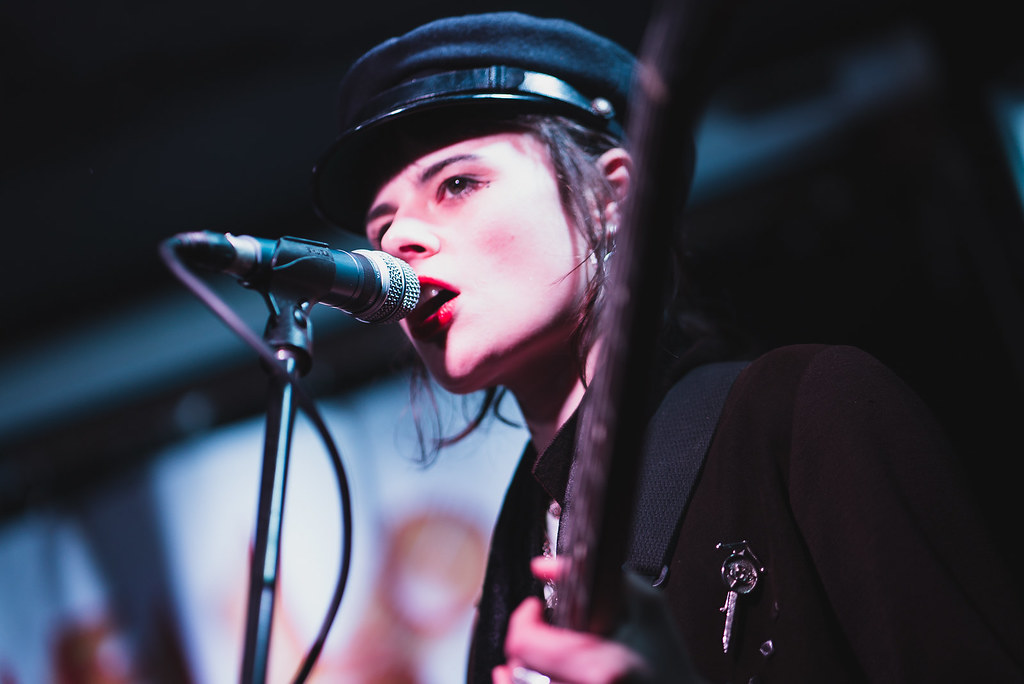 One of my favourite Velvet Underground songs is the generally not particularly liked, ‘The Gift’. John Cale narrates a short story over music. There’s quite a few of the current crop of ‘post-punk’ bands who have an element of talking to their songs, but often in a shouty way. Dry Cleaning take this format and run with it. Like Cale, there’s no shouting. Flo, Dry Cleaning’s ‘singer’ delivers each of her stories in a sardonic fashion. Behind her, the band weave punchy rhythmic music with lots of stabbing guitars.

In 2019, Dry Cleaning released their brilliant 6 track Sweet Princess EP. Hopefully 2020 will see an album. But they are already creating waves. Their London gigs are selling out and they proved very popular at the Great Escape and in 2020, they hit SXSW. I think 2020 will be a very exciting year. 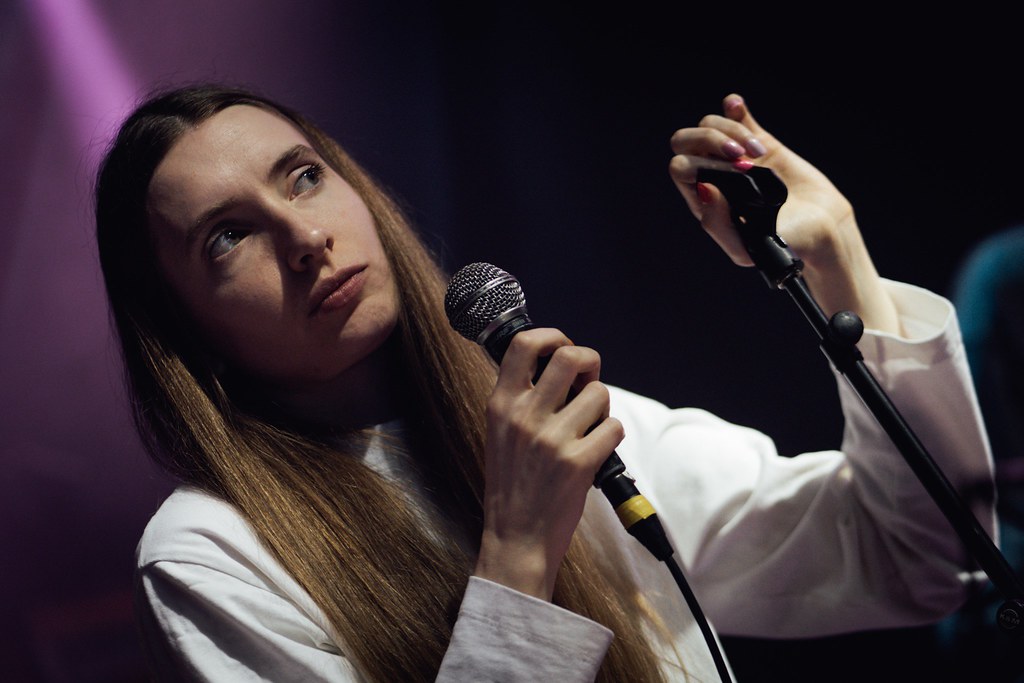 Talk Show are another London band I’ve caught several times and liked from the off. They have been signed to Felix White from the Maccabees label, so that should help them get the air play they need. 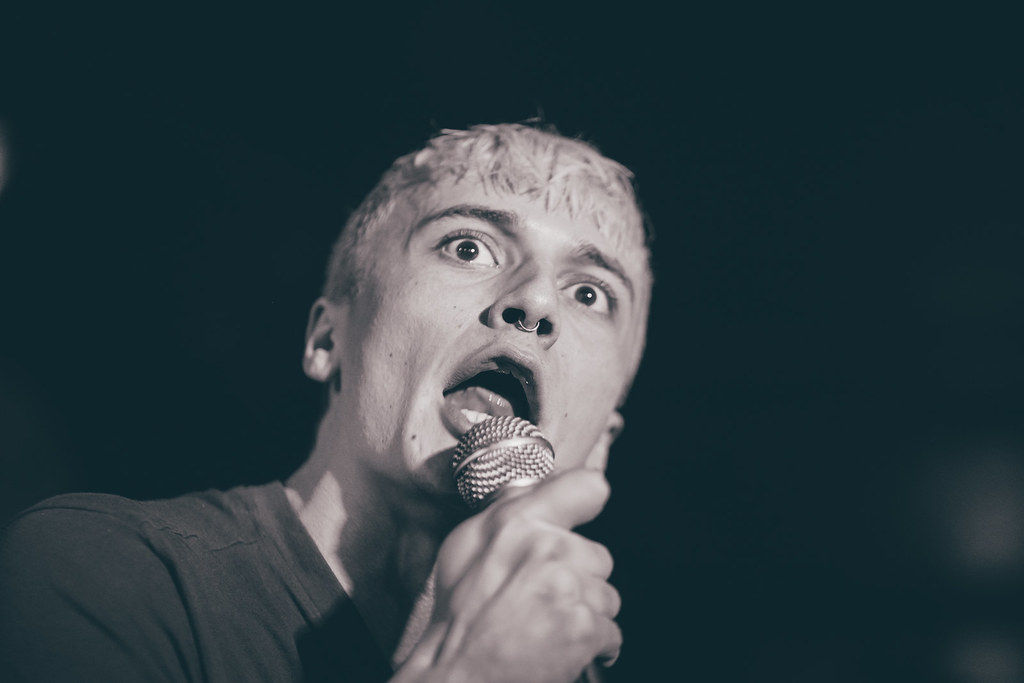 I caught Brighton band, Egyptian Blue at a Rough Trade Recommends event in July around the time their Collateral Damage EP was released and was immediately impressed. I haven’t had a chance to see them again, but I expect to catch them again in 2020. 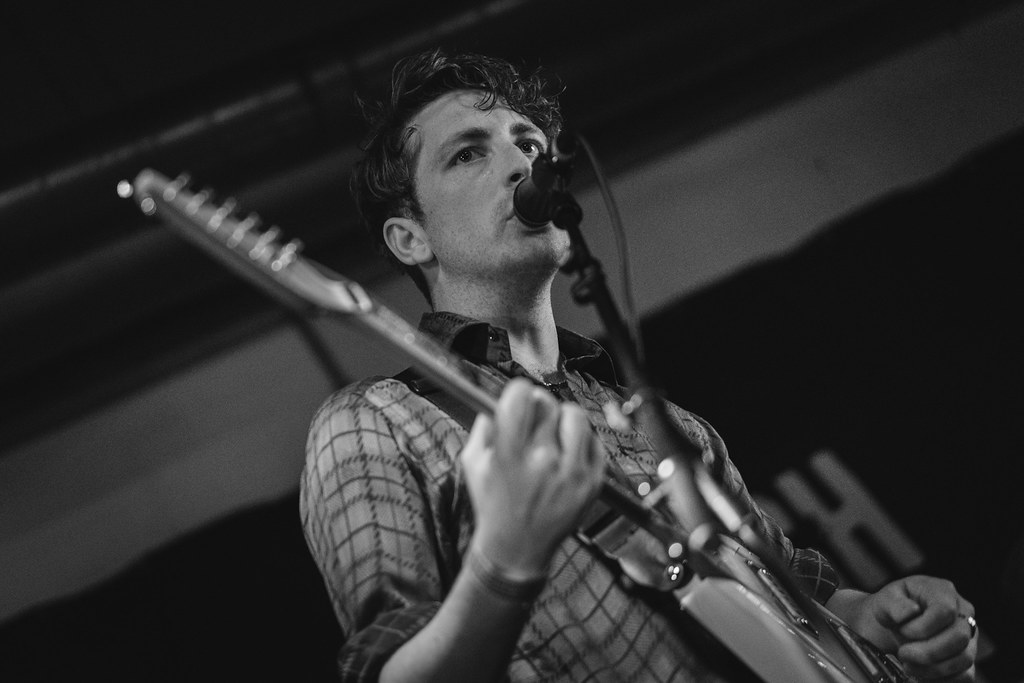 I’ve seen South London band Hotel Lux several times. They tend to sing about bleak stuff. Their song English Disease has had a bit of Radio 6 air play. They’ve already sold out the Lexington. If they get a decent support tour this year, I suspect they will pick up an audience outside of London 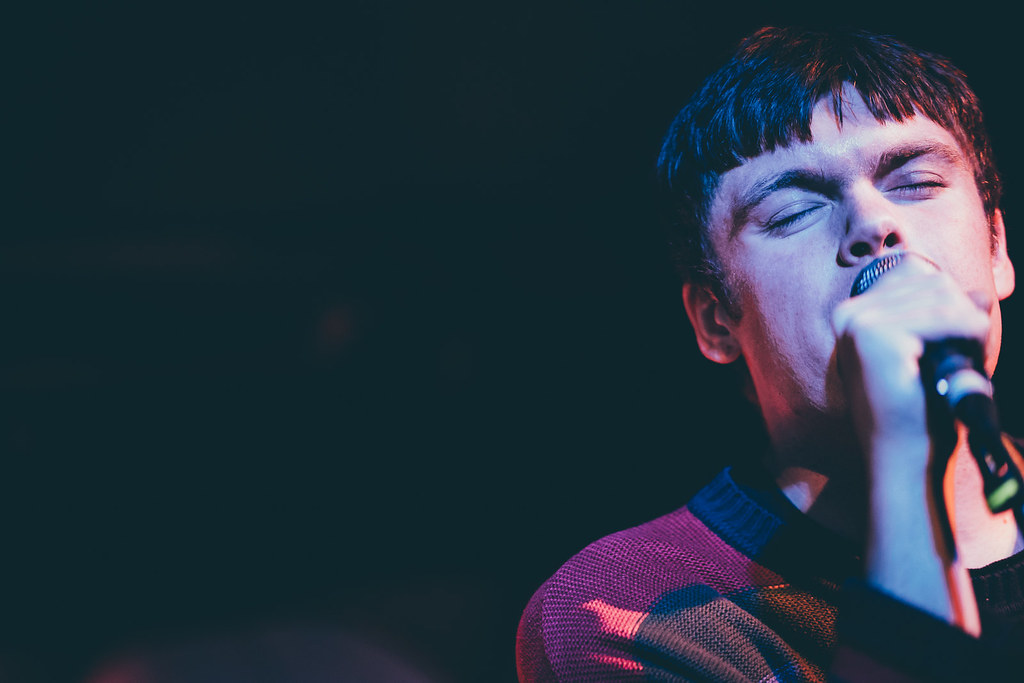 Avalanche Party are great live. They’re a Teesside band and so I might be slightly biased as I see them as a ‘home’ band. Whenever they play live, they leave a mark. At SXSW, their shows went down well. At the Great Escape, they smashed it. But they haven’t yet made the transition to playing decent size venues in London. I think part of the reason is so far they have been a live band, rather than a recording band. Their songs never really leave an impression on me. Some of their songs seem to be sketches that are fleshed out by the performance. But in 2019 they released a surprising album. It is much richer than I expected and appears to have been written in the studio rather than on the road and the albums is much better for it. It will be interesting to see how they transfer onto the stage. 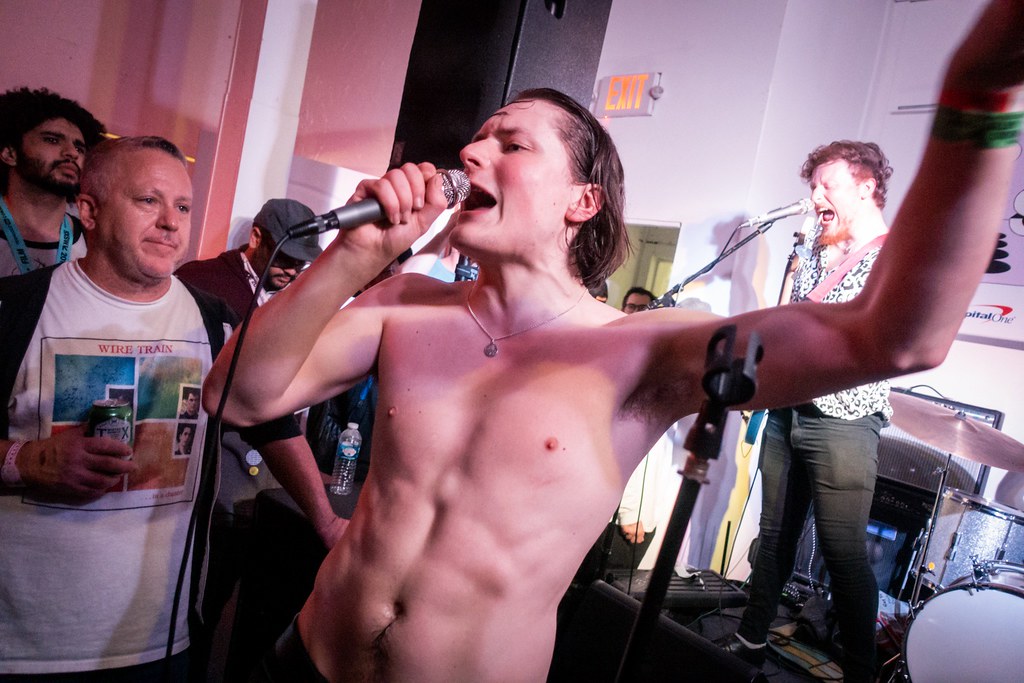 Qlowski were announced amongst the first batch of SXSW 2020 bands (unfortunately I can afford it this year). My local promoter decided he’d take a punt on putting them on as a support to Life. First song I wasn’t sure. But by the end of the set they had a new fan. 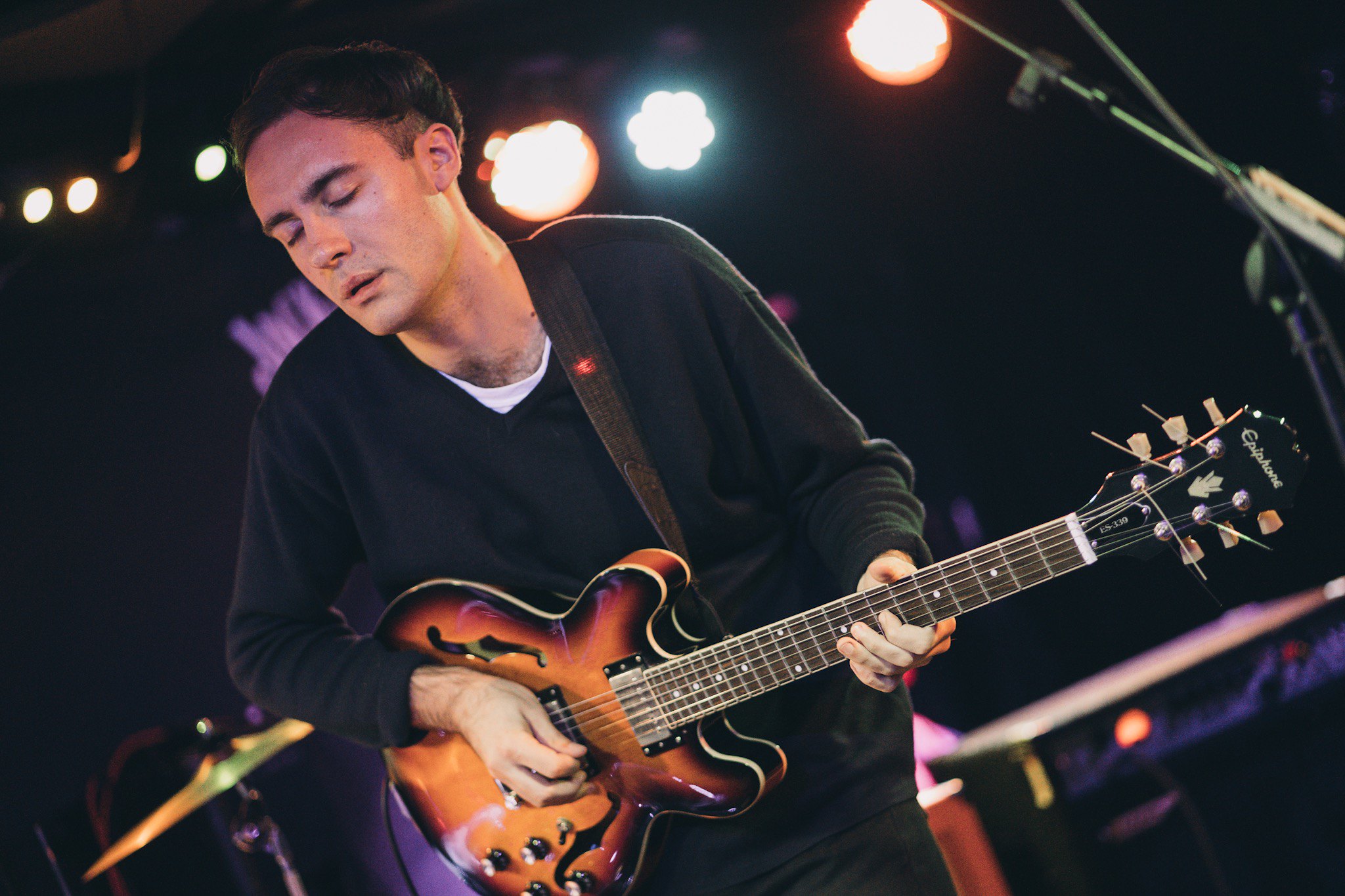