The Joy Formidable were the band that impressed my the most during my recent trip to SXSW. They seemed to play everywhere. I hadn’t intended to catch them because I knew I had this gig lined up, but they were hard to miss. I found the sheer energy they put into each gig lifted them above the rest of the bands I saw. So I was looking forward to see them play Koko.

The evening started poorly. The first support act suffered from some poor sound, with the vocals far too low in the mix, so low I could barely hear them. Bear Driver who followed fared a little better but the sound still was muddy. Still Bear Driver sounded reasonable. 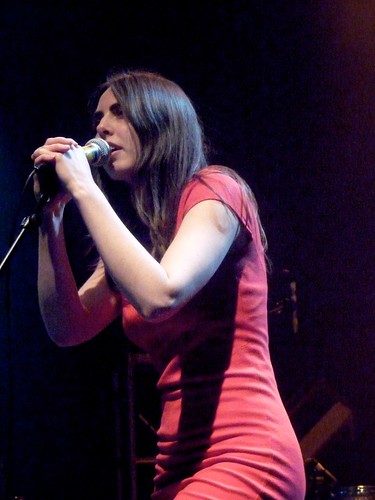 With the sound problems I was concerned that the main event might be ruined by the poor sound. Luckily things picked up when Joy took the stage.

Like at SXSW their approach appears to be to batter the sound system into submission. Their feedback laden guitar sound seemed more suited to the Koko sound system and Byran’s vocals were full of the energy she showed at SXSW.

Joy are definitely a live band. Their debut album, The Big Roar, although decent, fails to capture the energy of their live set. Which is a pity, I think this may harm their chances of becoming a stadium-size band, something their sound is more than capable of filling. 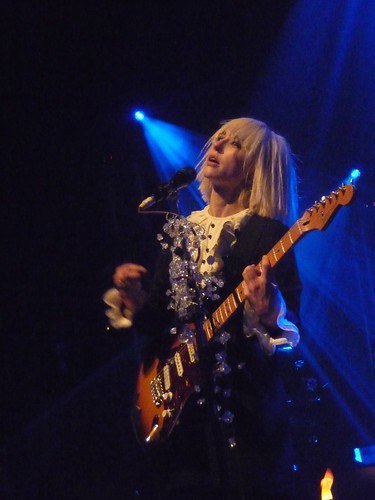 Tonight’s gig had more ‘shade’ than their SXSW gigs, with the band joined by a harpist and a small choir dressed in robes and masks. This gave some of their song an extra dimension but didn’t detract from the immediacy of their sound.