I’d seen Girlpool earlier in the year but I wasn’t impressed by them live. But I love their recorded work. So I thought I’d give them another chance. I should like them, I like their album with some interesting harmonies combined with a rough DIY sound. But again, I found tonight’s performances a bit flat. For some reason, I just don’t get them.

I’ve spent a few days thinking about why this is. Their harmonies are a step above their DIY guitar sound. This means that they have to really concentrate to hit (in the main) the right notes and as most parts are sang together, neither stray to far from their microphone stands. However, I think I’m wired to expect a DIY guitar sound to come with a performance that compensates for the lack of fines. As both are routed to the spot, I just don’t find the visual side of the performance interesting. Sadly, for me, they’re definitely and album band 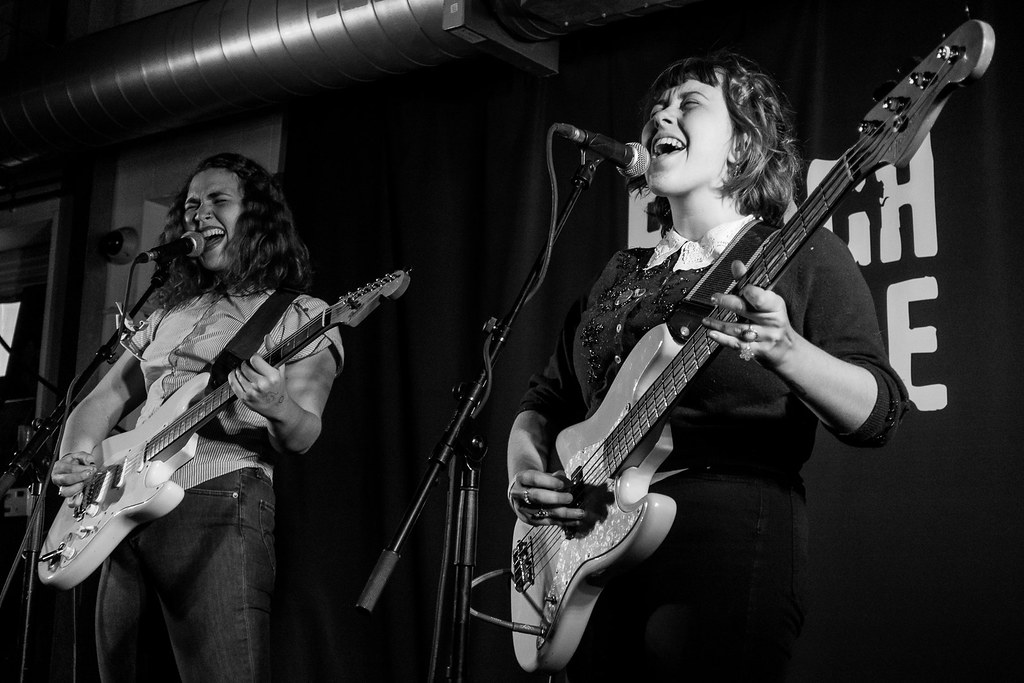