Over the last few years Field Day’s had some interesting line ups. This year’s featured the Savages and I’ve not seen them for ages. So I took the plunge and bought a ticket.

Overall, I thought it was pretty decent value, the weather was good and it wasn’t overcrowded. So I was pleasantly surprised by the festival. So what was the music like? 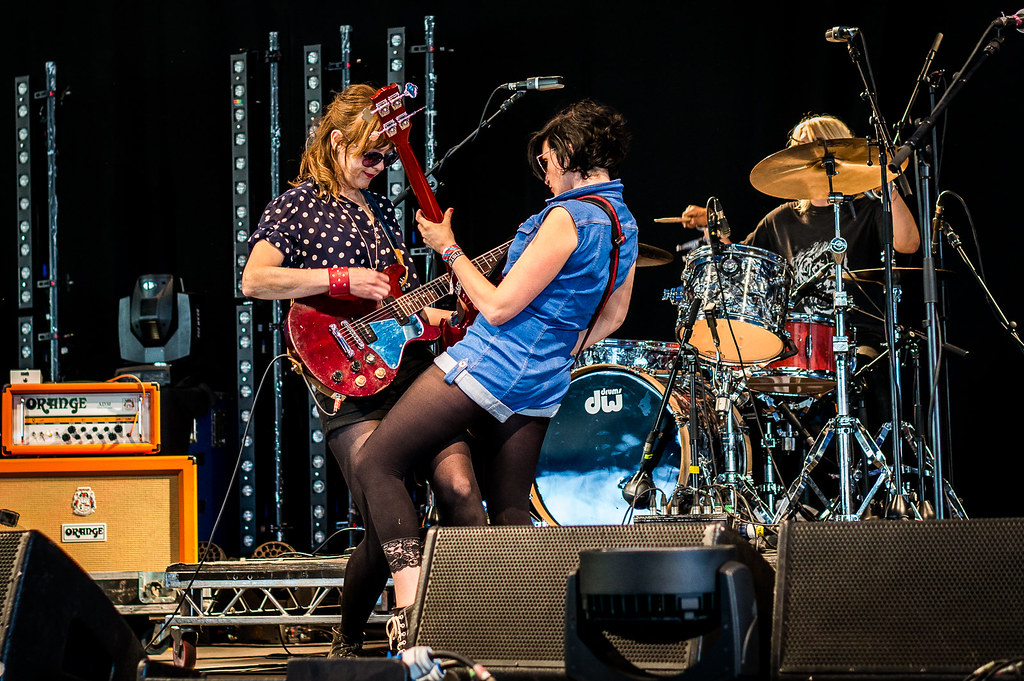 I started the day with another performance by Ex Hex. As always, it was good simple rock and roll, played well. 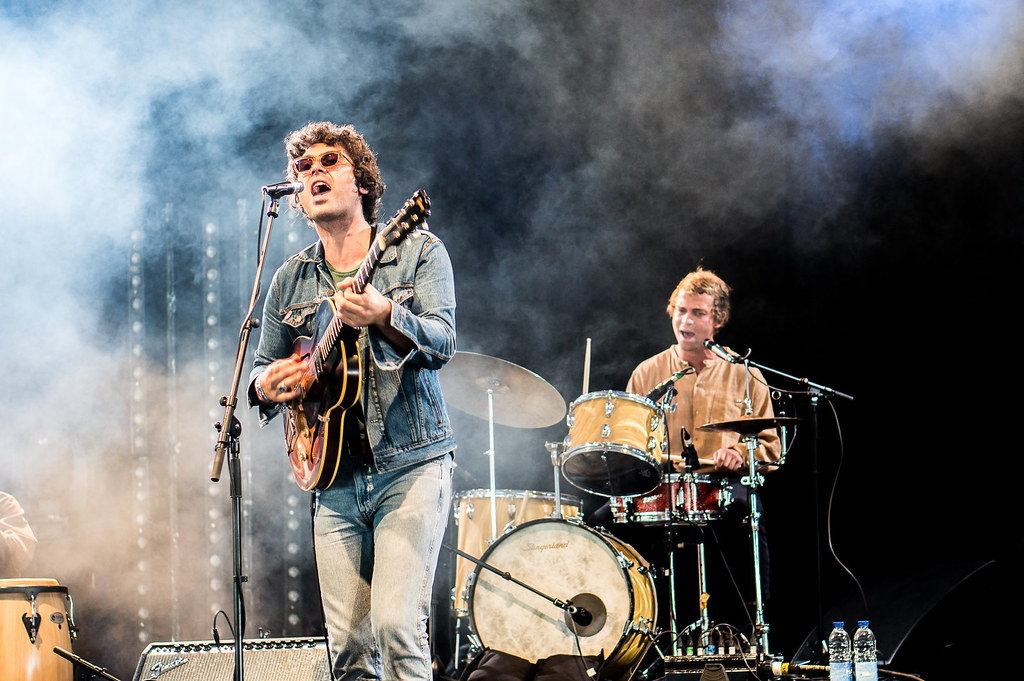 Next up were the Allah-las. Never seen them before. They were pleasant enough but just didn’t grab me. They were a little unfair though. They played into the setup time for Viet Cong, despite receiving the signal to wind up. So black mark against them. 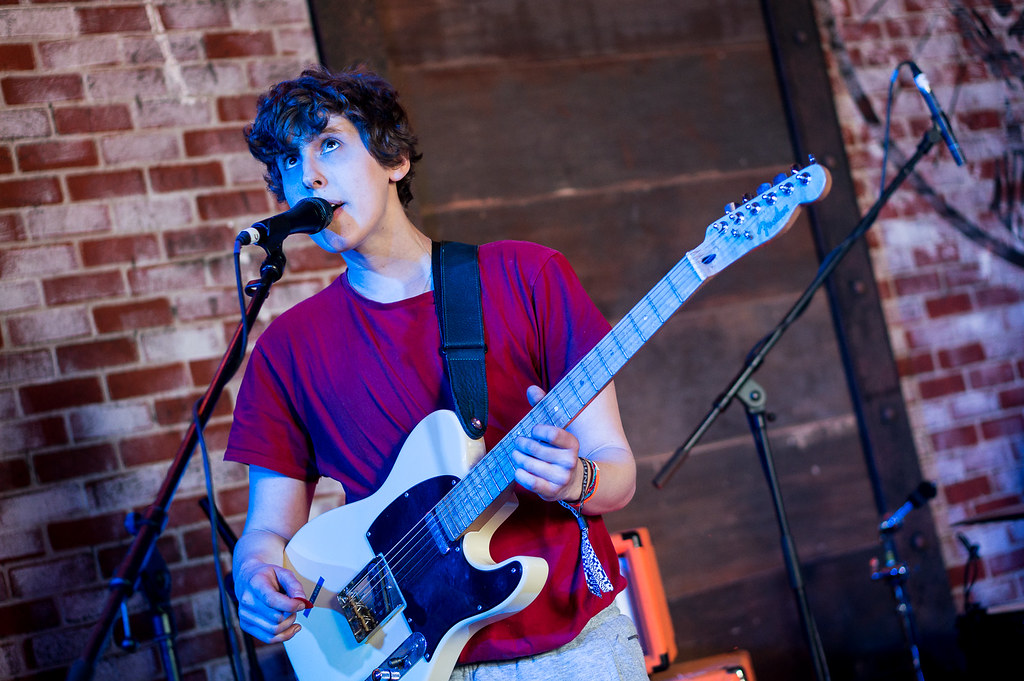 The Field Day site has a number of stages. Two big stages and then a few small stages. One of the small stages was sponsored by Jaegermeister and featured Tough Love.

I like this band. They’ve got some really good songs. But they both come across as really nice people and their good stuff, is really good. 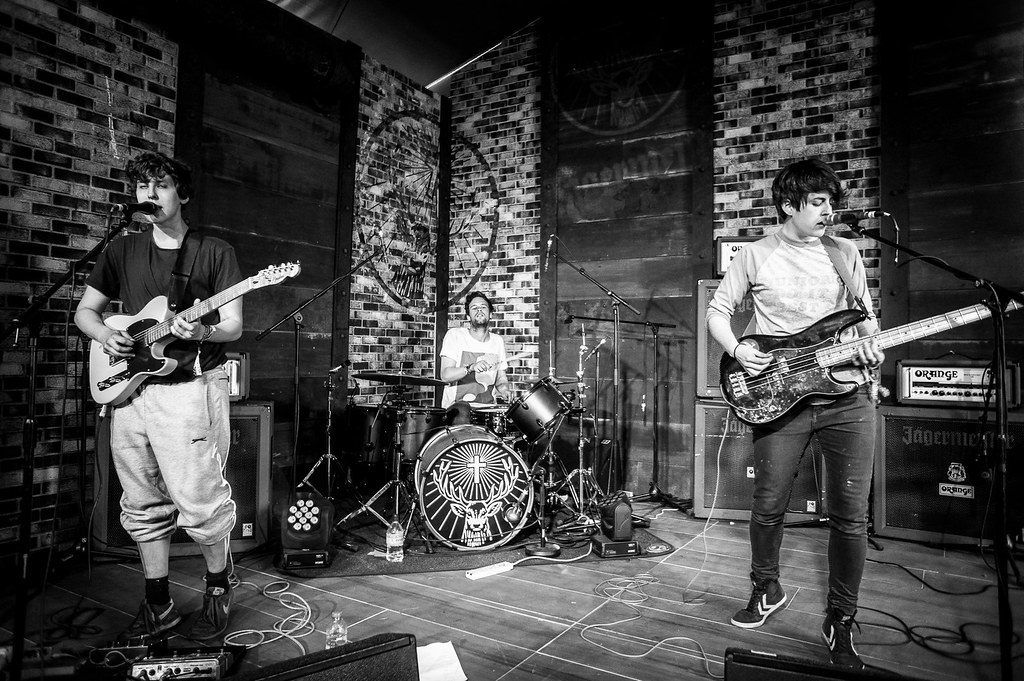 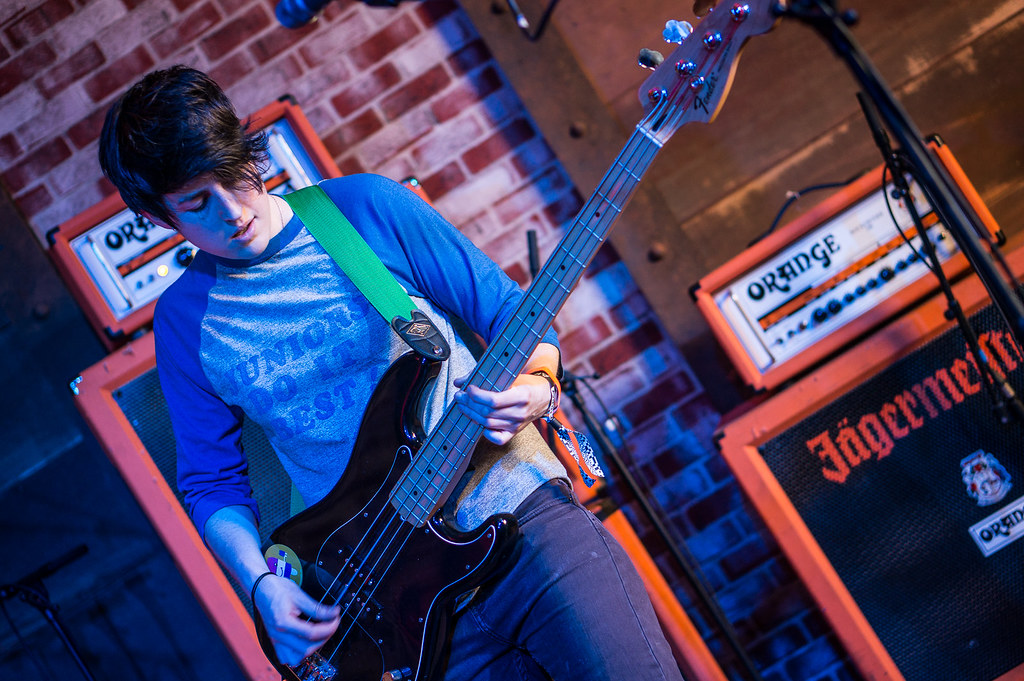 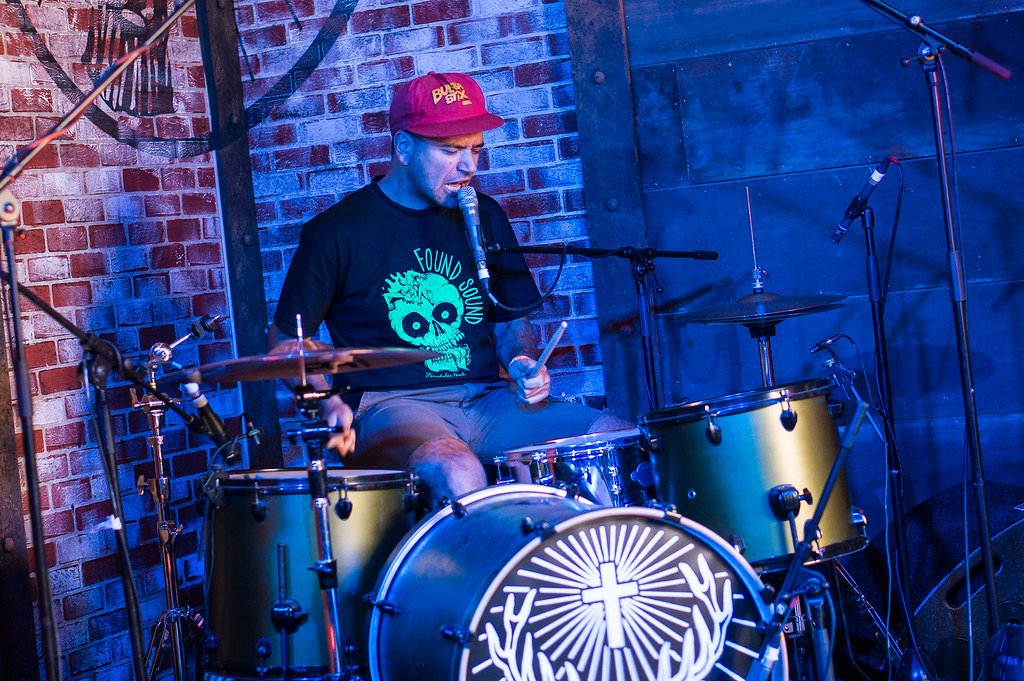 Another band that won me over simply because they appeared to be nice people, were Spring King. I think I saw them at the Great Escape and wasn’t impressed. They were playing quiet a big stand and the music all seemed to be pretty run of the mill – and it is. But on a small stage, they interacted with the crowd with a nice line of self-deprecating humour they put in a really frantic performance that wasn’t short changing anyone. 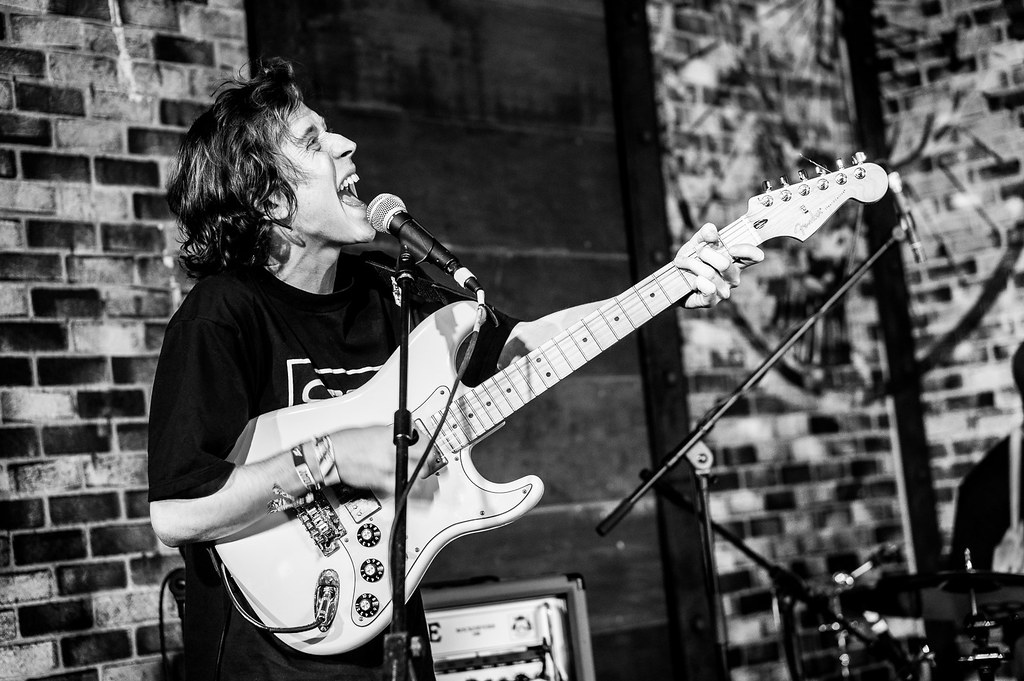 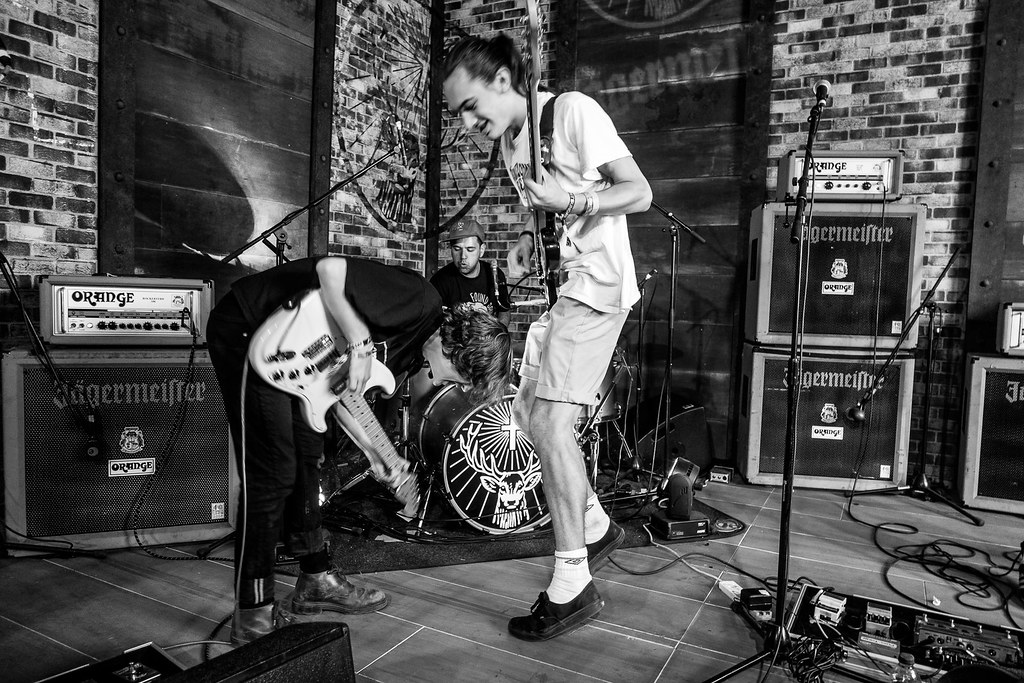 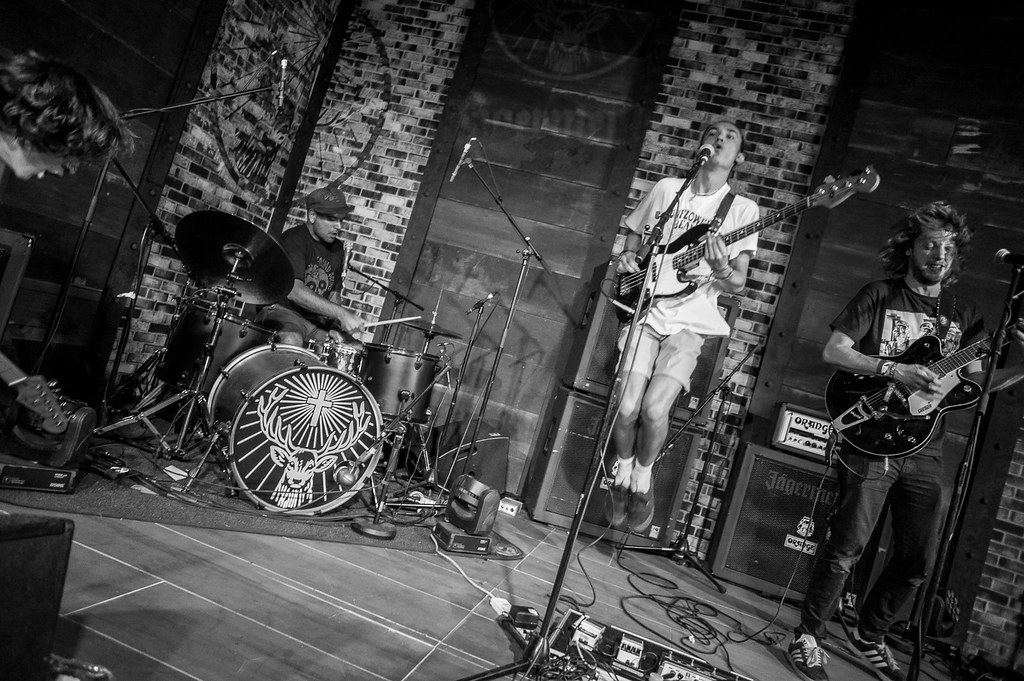 The Field Day site is pretty compact. So it’s easy to wander around between stages so I wandered between stages on the way to catch the end of Matthew E. White. Nothing, including Matthew, particularly interested me. 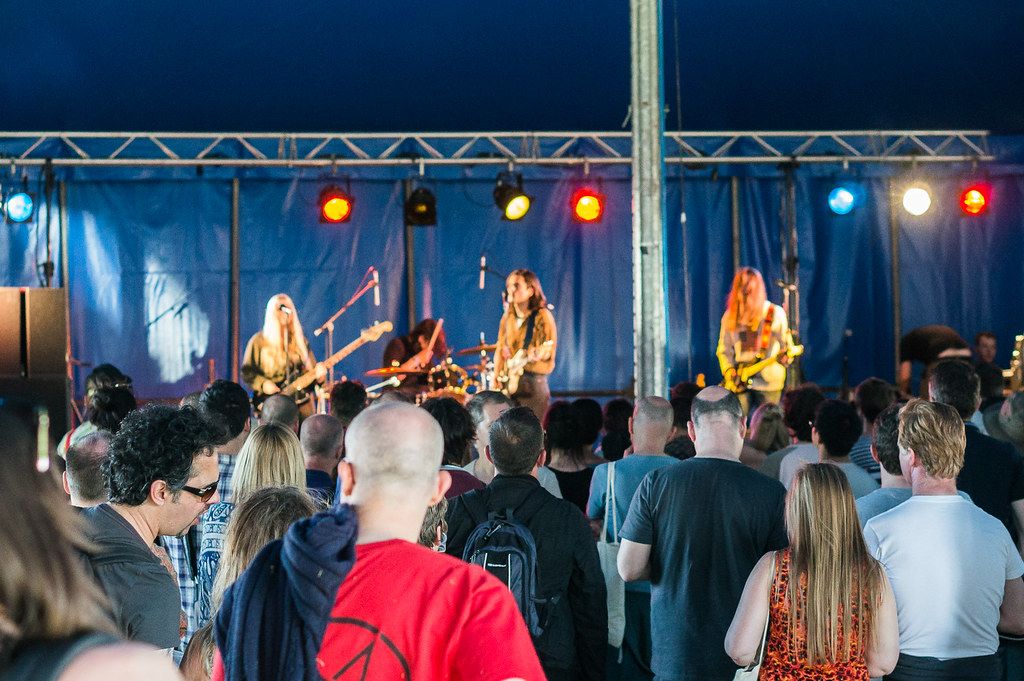 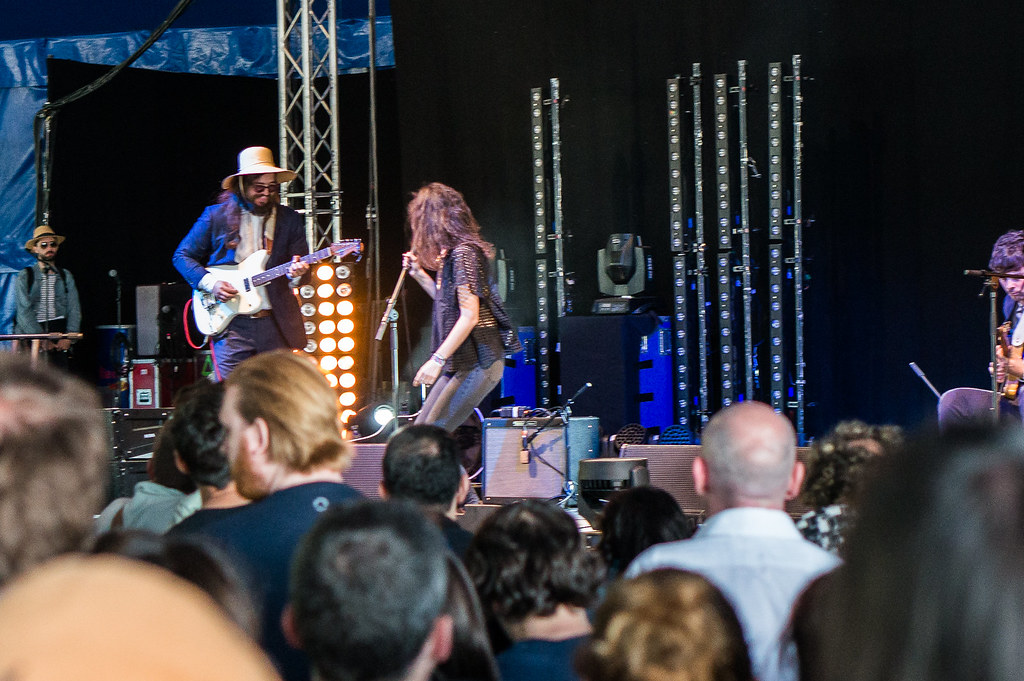 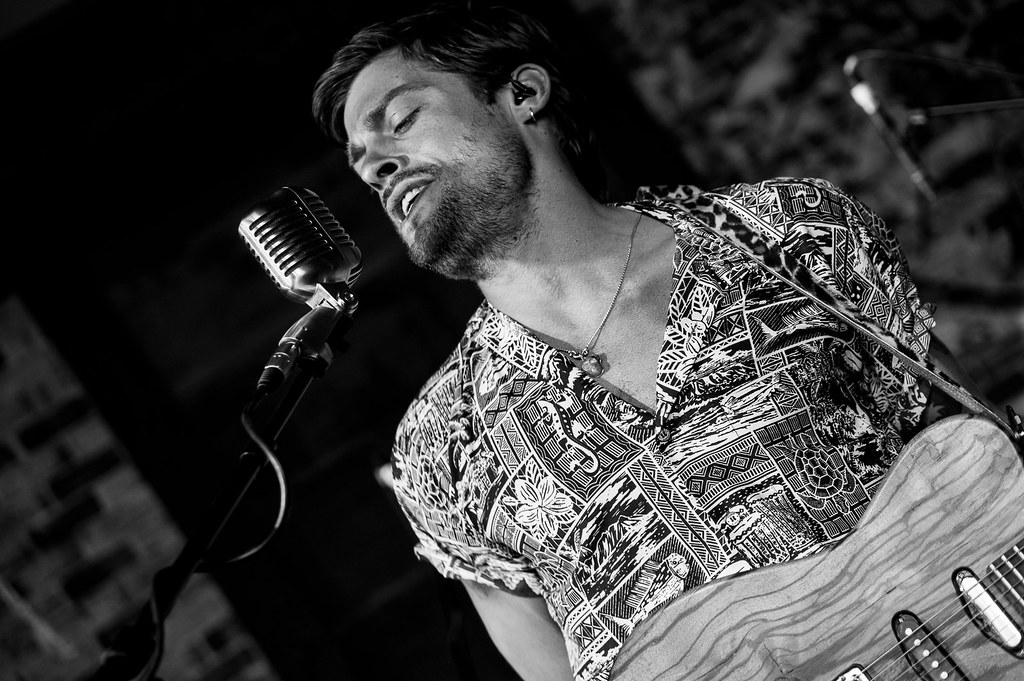 As I was bouncing between stages, I ended up back at the Jaegermeister venue. A band called Whilk and Misky were setting up. I took one look at them and decided that I wasn’t going to like them. Too hipster for me. They also had a bunch of arseholes hanging around them. Clearly friends, all drunk and full of themselves, in the ‘we’re friends of the band’ type way you regularly see. (Friends of bands can be the worst audience. They’ve seen the band before, so think it’s fine to mess around or talk and shout through the set – this group were this type of friend). I really was going to move on. They just looked like a band I’d dislike. But then the singer started playing and singing. He’s got a pretty decent voice. It’s got a nice bluesy tone to it. They mix the guitar with the keyboards adding some interesting rhythms. Don’t get me wrong. I didn’t like everything they did. I preferred the songs with which felt more bluesy. But they were watchable. 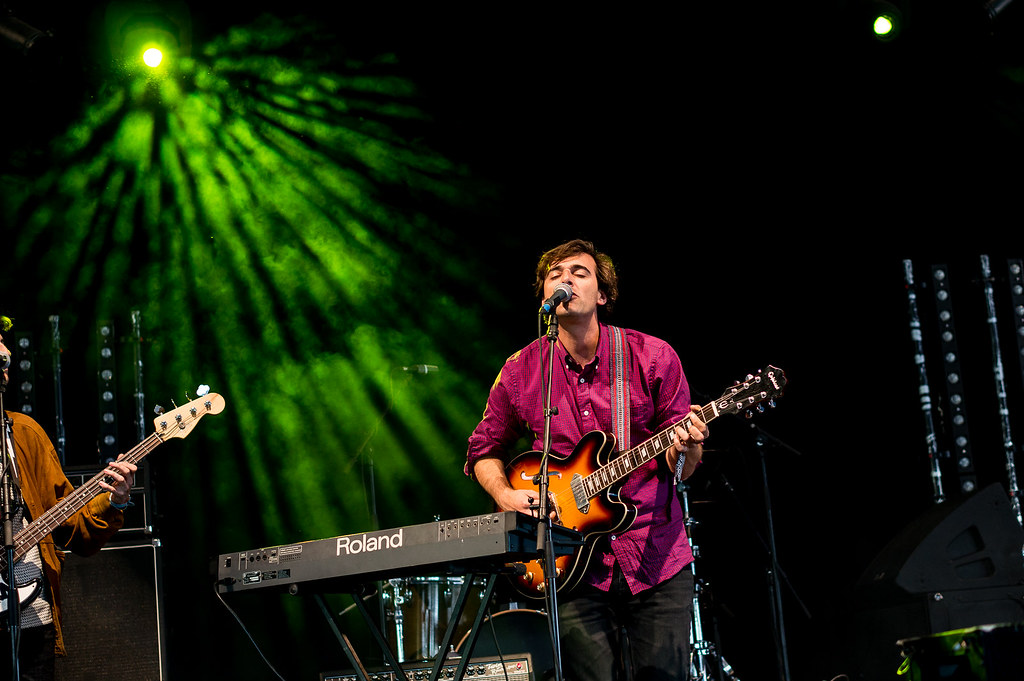 As I was only really here for the Savages. I decided it was time to get my place at the front for their gig. This ‘unfortunately’ meant watching the Hookworms. 🙂 However, the tent appeared remarkably quiet to say the Hookworms were playing. It was only now that I realised that the Hookworms had cancelled due to illness. Their replacements, the Ducktails were unfortunately one of those bands that are really bad, not because they’ve written bad music, but because they’ve written music of absolutely no interest. Music that’s just bland. Their performances, didn’t help either. They didn’t seem to be anymore interested by their own music than we were. I really couldn’t wait for the music to be over because at least the Shacklewell’s DJs had been playing decent music. 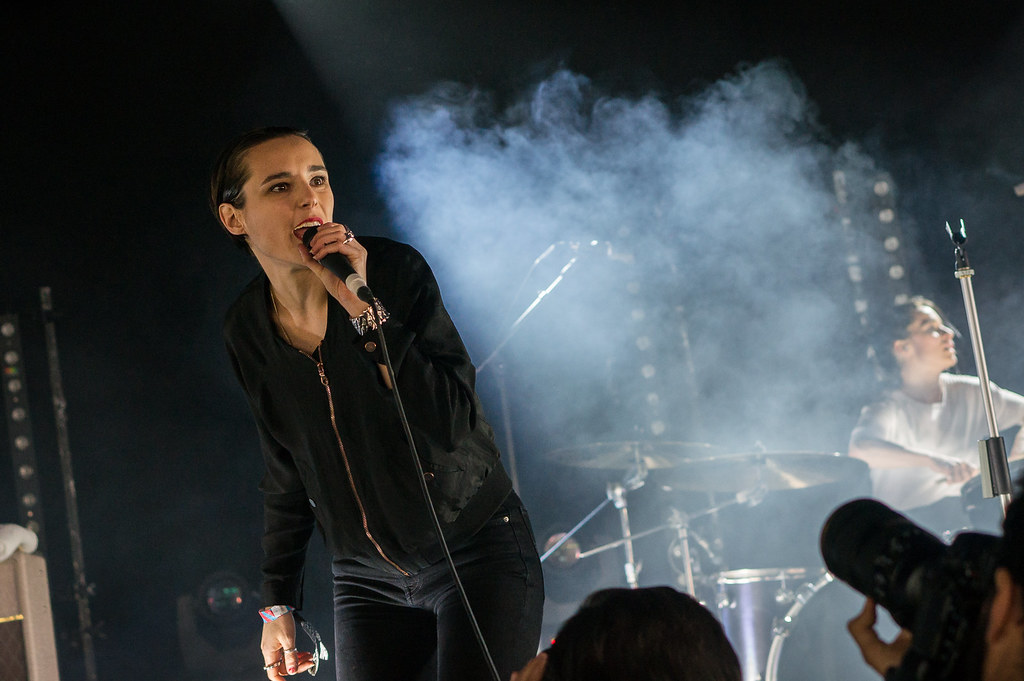 Thankfully, the Savages woke me from my slumber. As you would now expect for a band that have spent the last two years building a reputation around their live performances, they were fantastic. Coming armed with new songs, and their now formidable stage presence. They blasted their way through a great 1 hour set. The 10 minutes long Fuckers is now really becoming one of the highlights of their set. Their new material was heavier and at least on first listen, feels less textured than some of their best material. But it probably just needs some bedding down. Fuckers felt like that the first time they played it and now it’s one of their strongest songs. So it bodes well for the new album.

As always, they put in 100%. Jenny was her usual self, talking to the crowd throughout the set but in a way that only she does. Where you know if you say something wrong, you might get a well directed DM aimed at a delicate body part. The rest of the band played to their usual high standard. The rhythm section (one of the strongest around) underpinning the Gemma’s swirling guitar sound. They really are a band where every cog fits. They even use the lighting really effectively to enhance their sound with stark lighting, with very little colour, just strong white lights with the odd yellow highlighter and smoke. A great festival set. 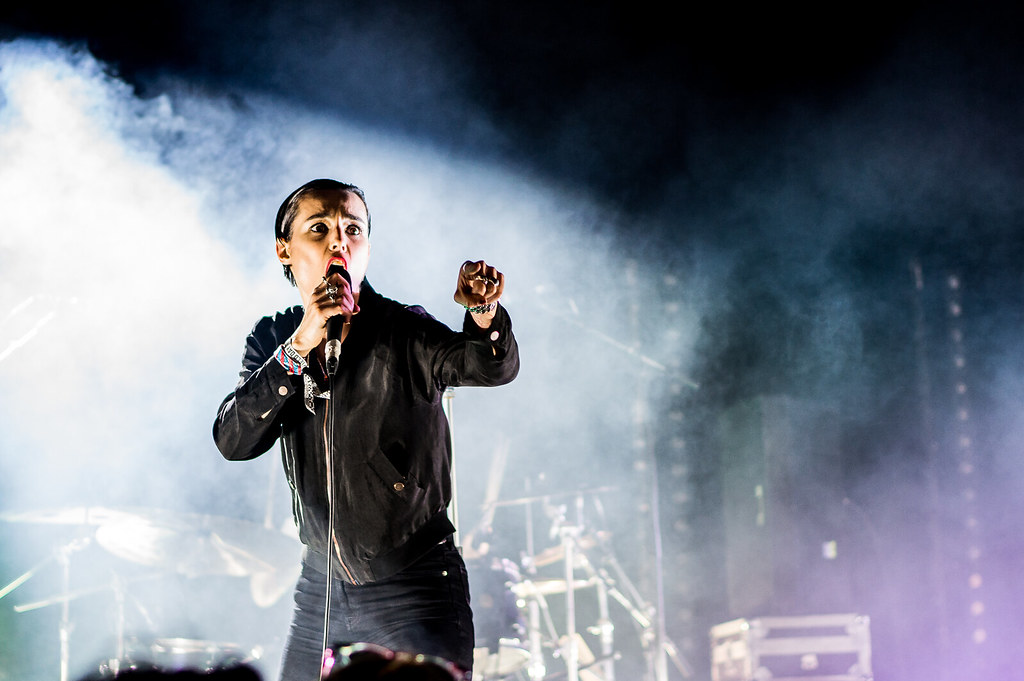 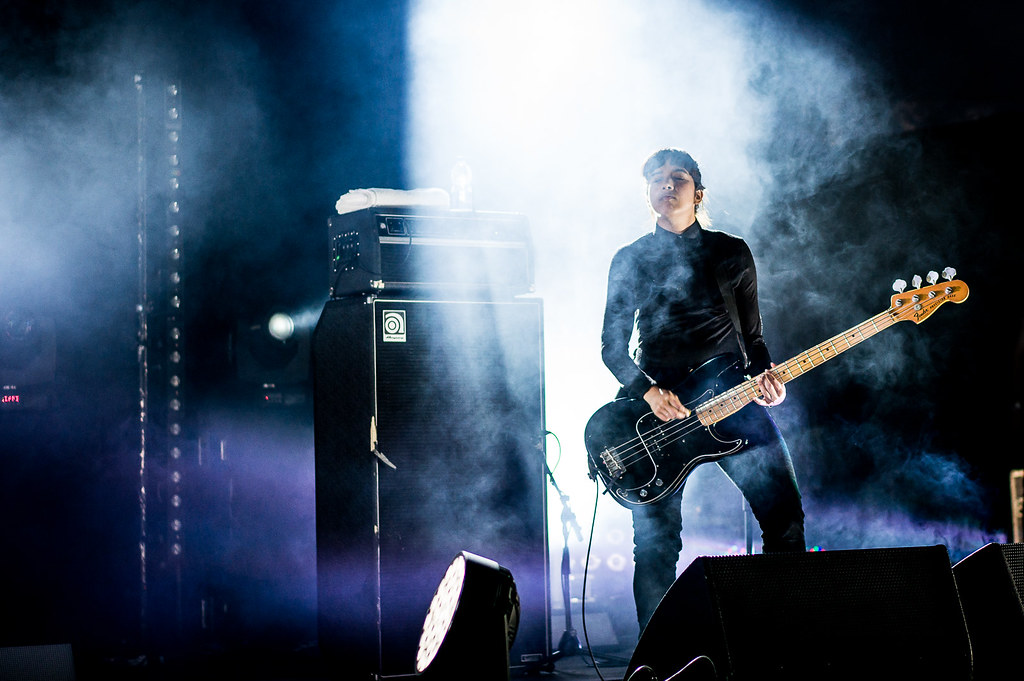 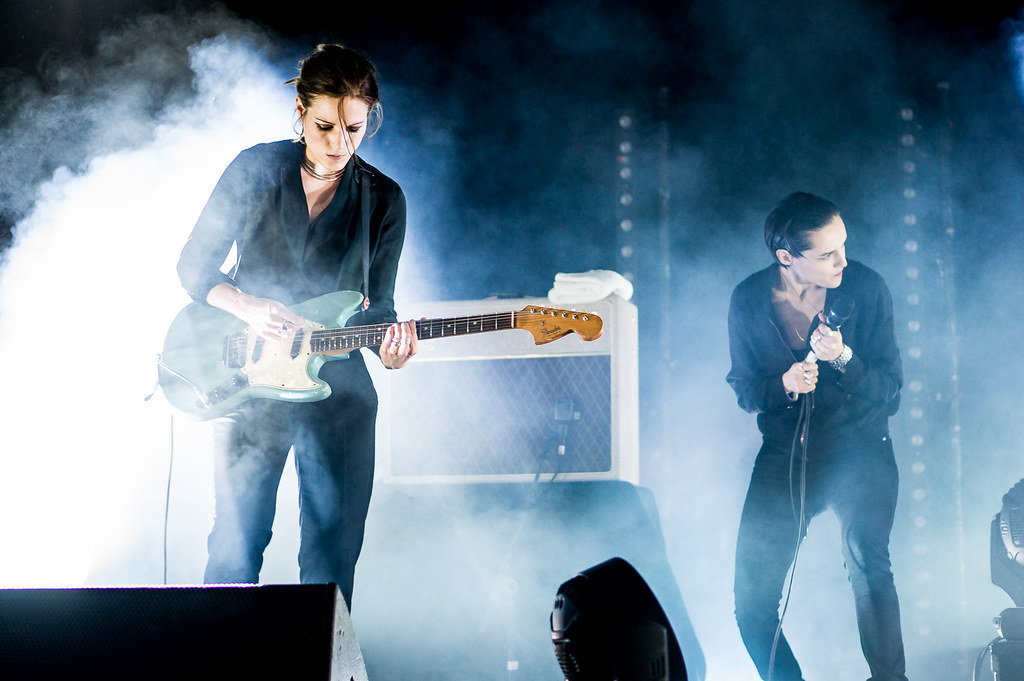 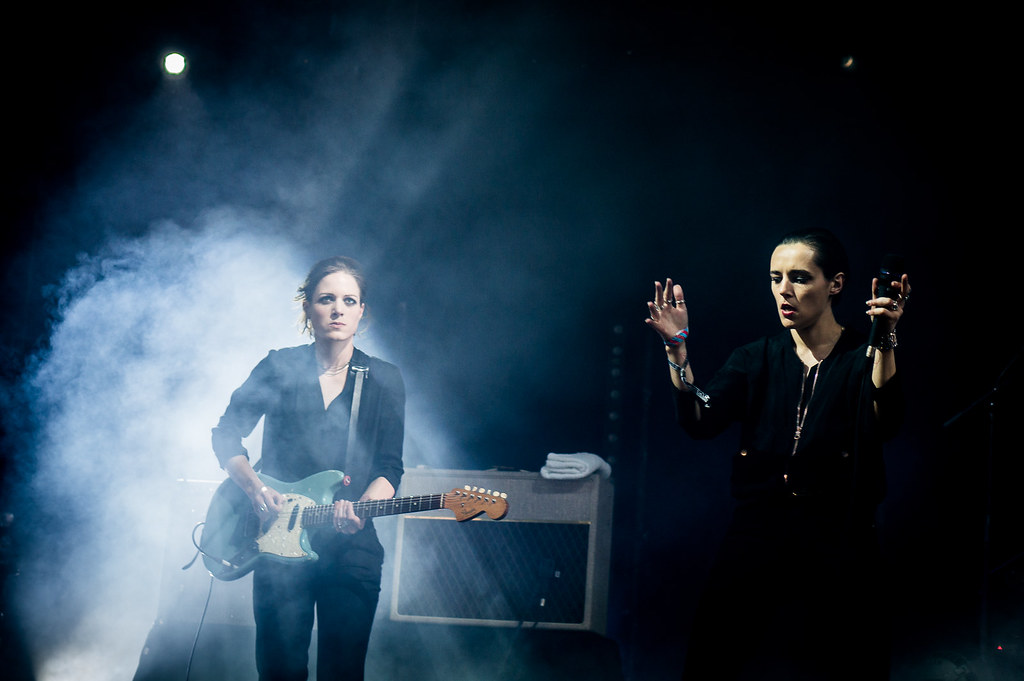 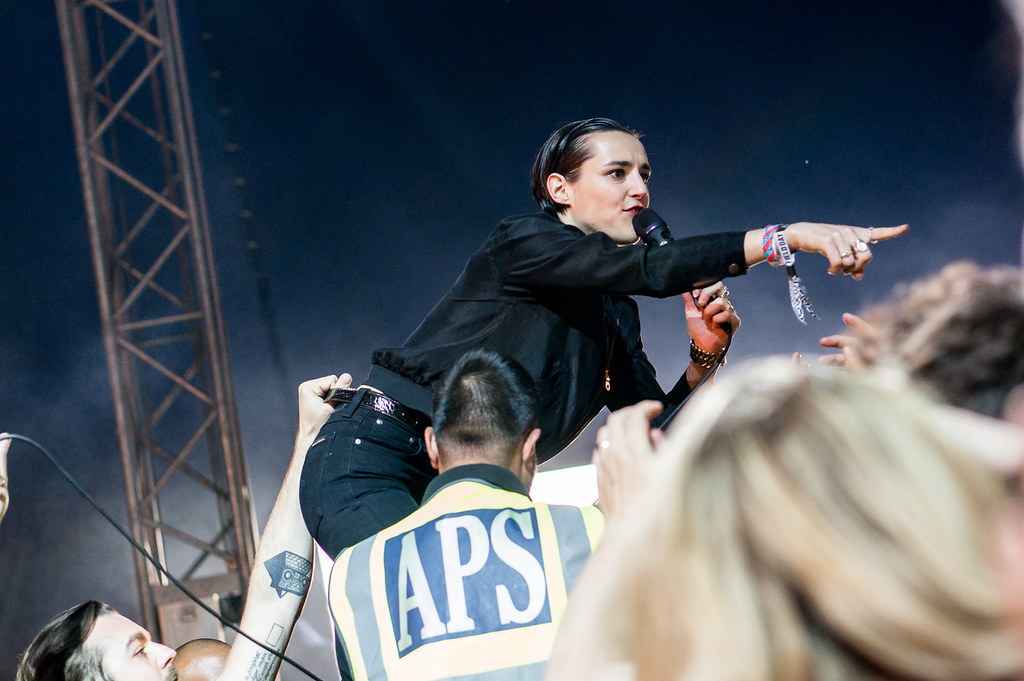 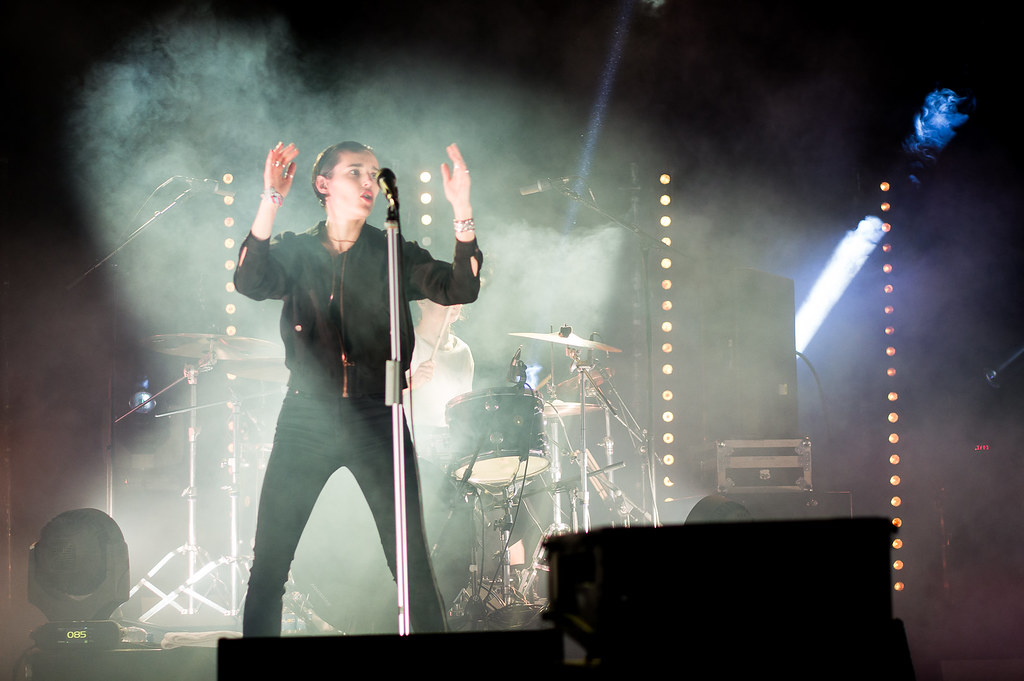 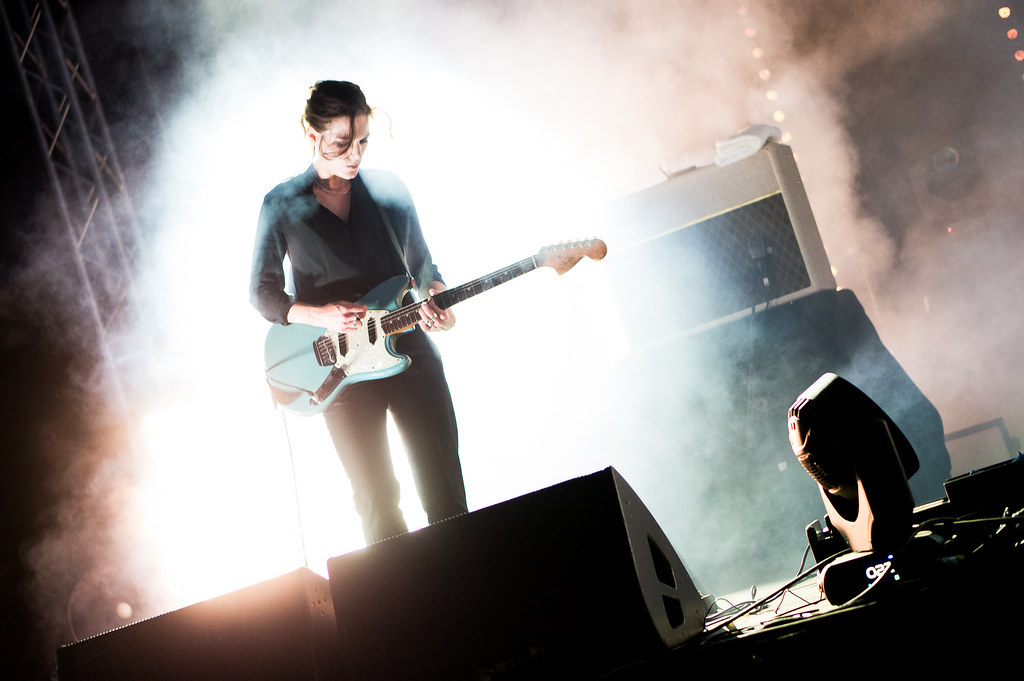 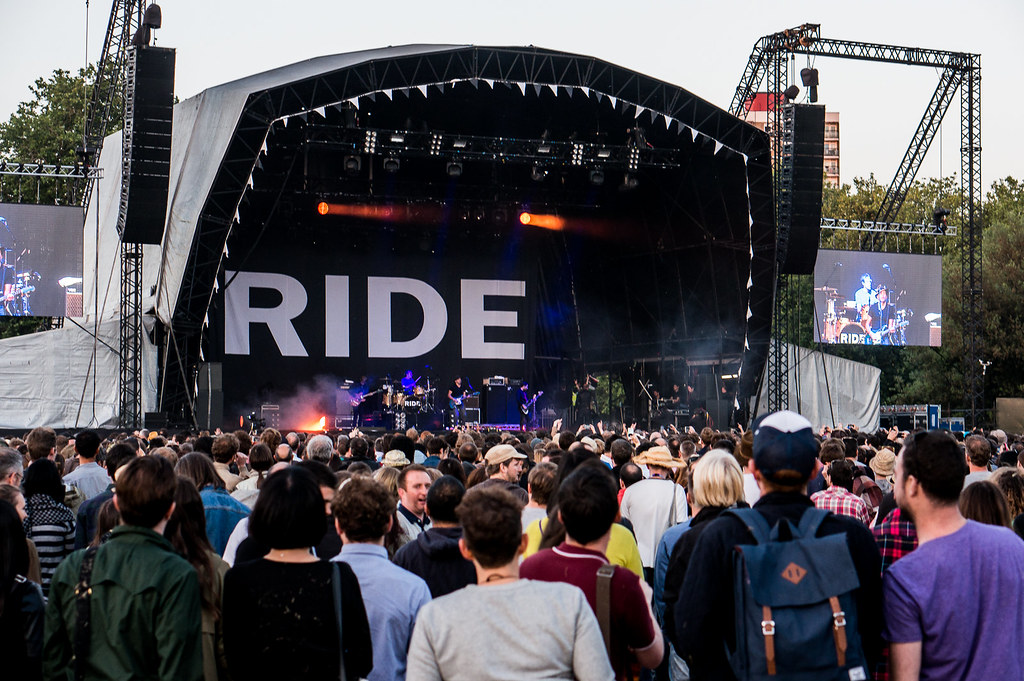 After the Savages storming set. It was time to head off. There was only Ride still playing and after the Savages, they seemed even more bland that at Primavera. But can’t complain. Not a bad day.