Robert Plant returned to the Roundhouse as part of the BBC Electric Proms, a venue where his ‘other band’ played in the late 60s. Although billed as celebrating Robert Plant’s recording history, this was very much Robert demonstrating his continued need to re-invent himself. This time he was with his new band, ‘The Band of Joy’.

I’d seen the ‘The Band of Joy’ in September. It was a very enjoyable gig but it suffered from my lack of familiarity with his new material, taking place before the album release. This time, having listened to the new album, there were no issues and I was ready for an enjoyable evening of music. 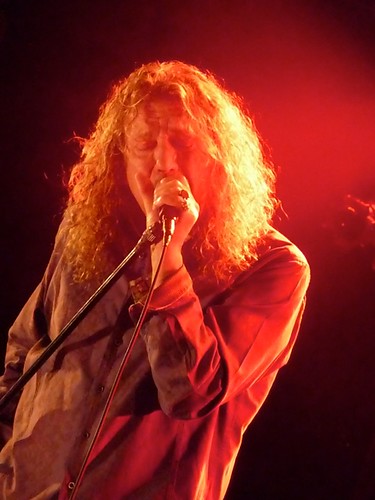 The gig was being record for broadcast on BBC radio and TV and Robert and his band seemed to enjoy the opportunity to play for a wider audience with a mix of new and old material.