I noticed The Old Blue Last had a lunchtime gig and as I was going to be walking past the place, I thought I’d drop in. So that I wouldn’t spoil the surprise, I didn’t check the bands before hand. It turns out three hardcore bands were playing, which isn’t really my thing. But this is the point of random gigs, to see something that you wouldn’t normally.

The reason for the early start was that the first band, Palm Reader, were attempting to play five gigs around London over on the same day. This was their first gig. Although I wasn’t overly impressed by their music, all too shouty. But to say it was their first gig of the day you would expect they might want to pace themselves by starting slowly, instead they hit the ground running with a great performance. The way the singer screamed into the mic, I hope his voice survived to the end. 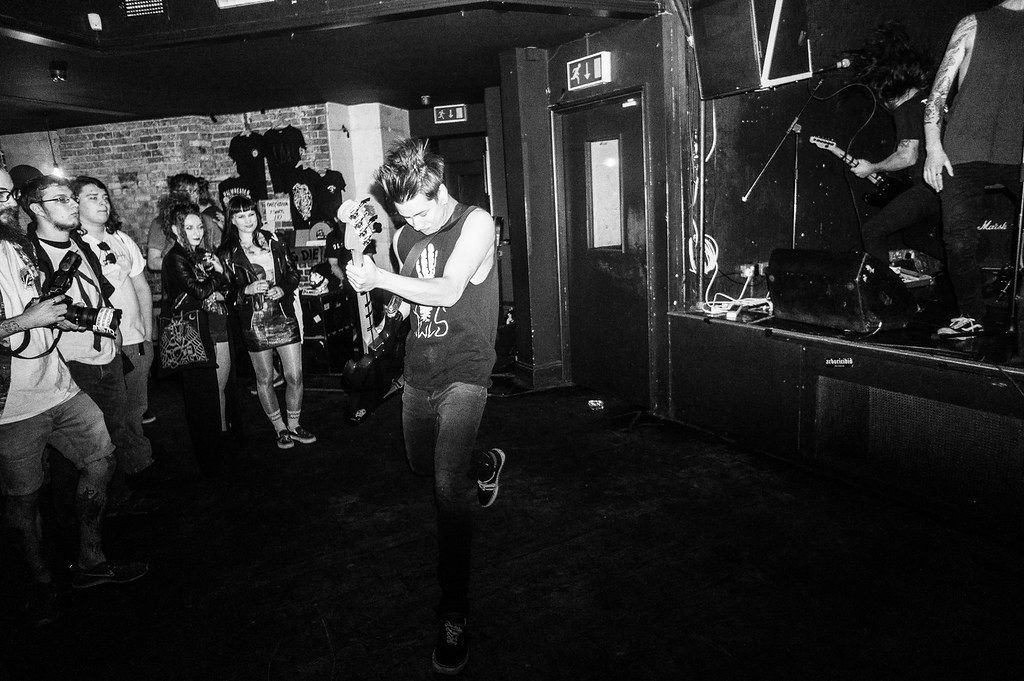 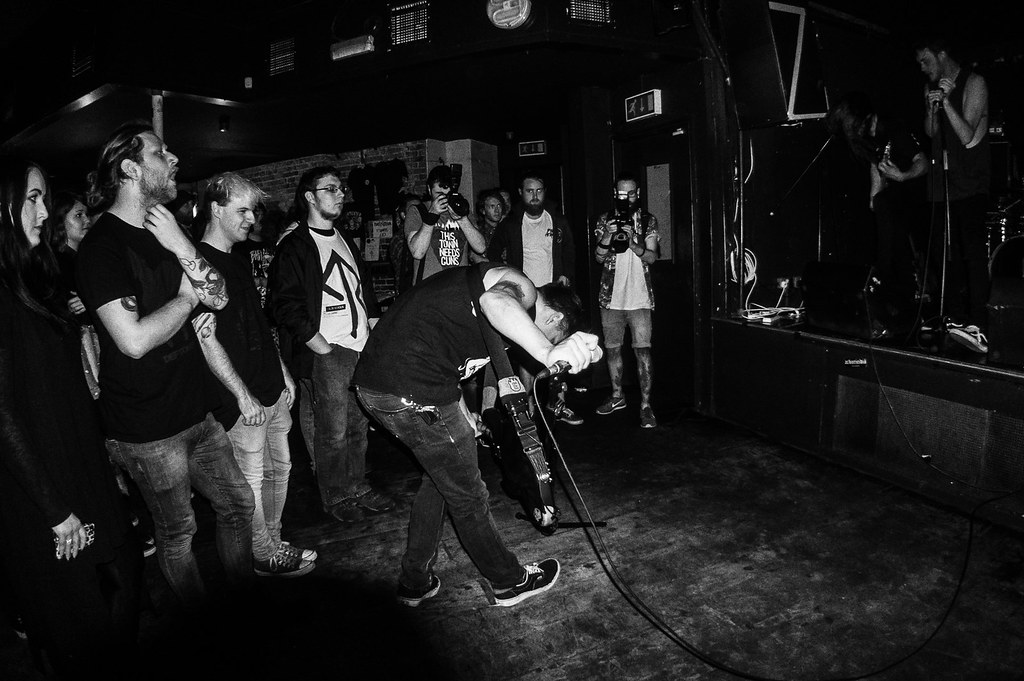 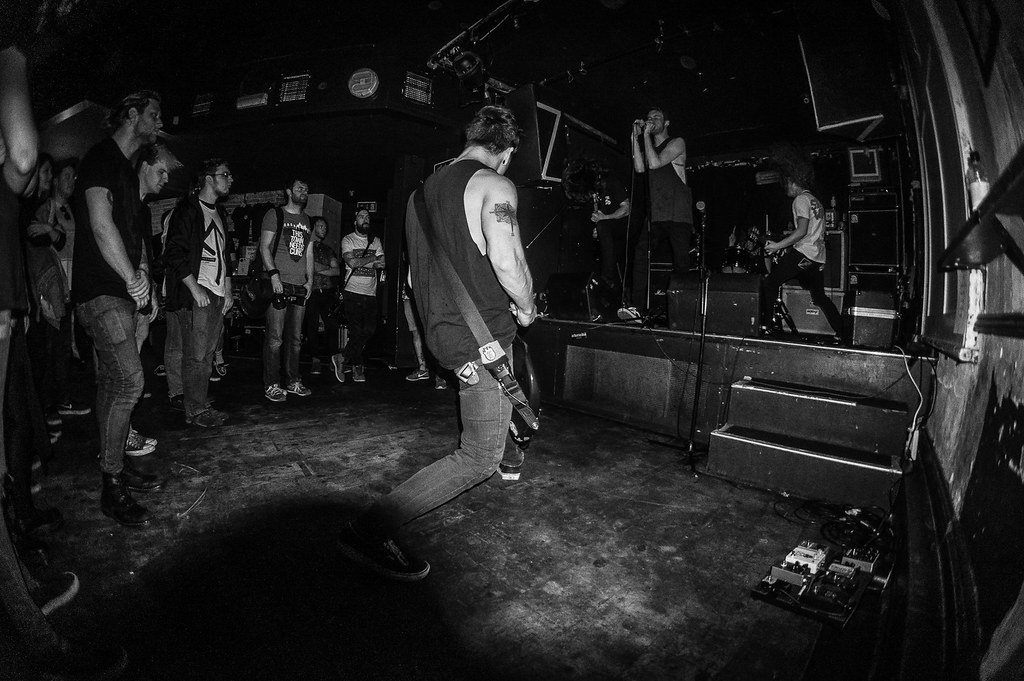 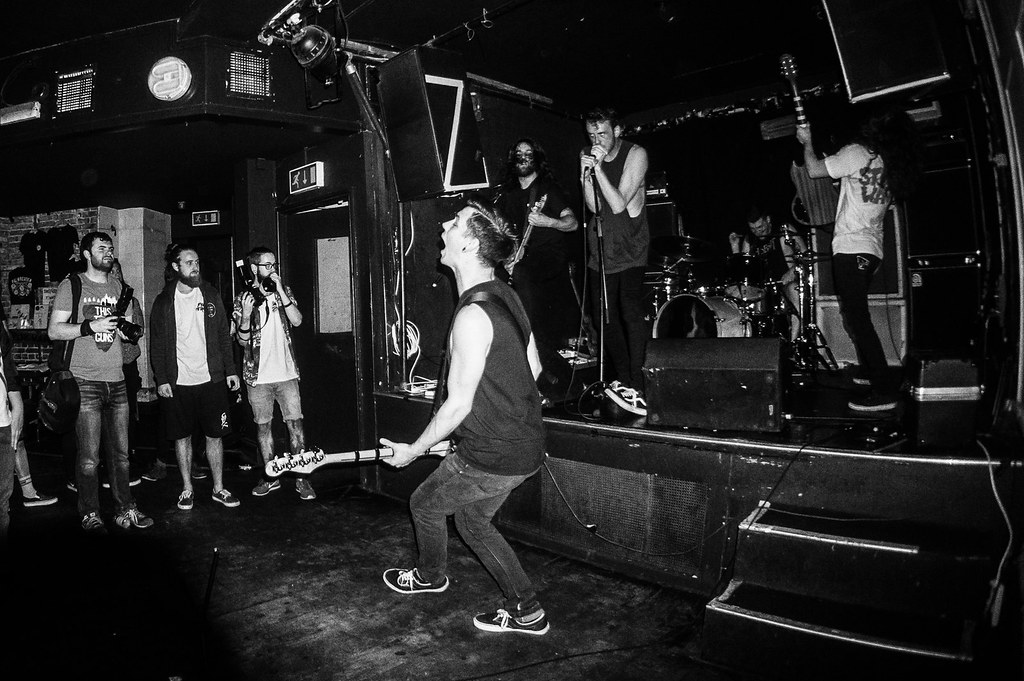 Next up was ‘Lets Talk Daggers’. Although less energetic that Palm Reader, there was more musicality to their performance. Lots of interesting sounds and time signatures. Kind of like a hardcore version of Frank Zappa with many of their songs suddenly changing direction for little musical interludes. But for me, most changed directions without adequate bridging and at times these changes seemed forced. But still, it kept me interested. 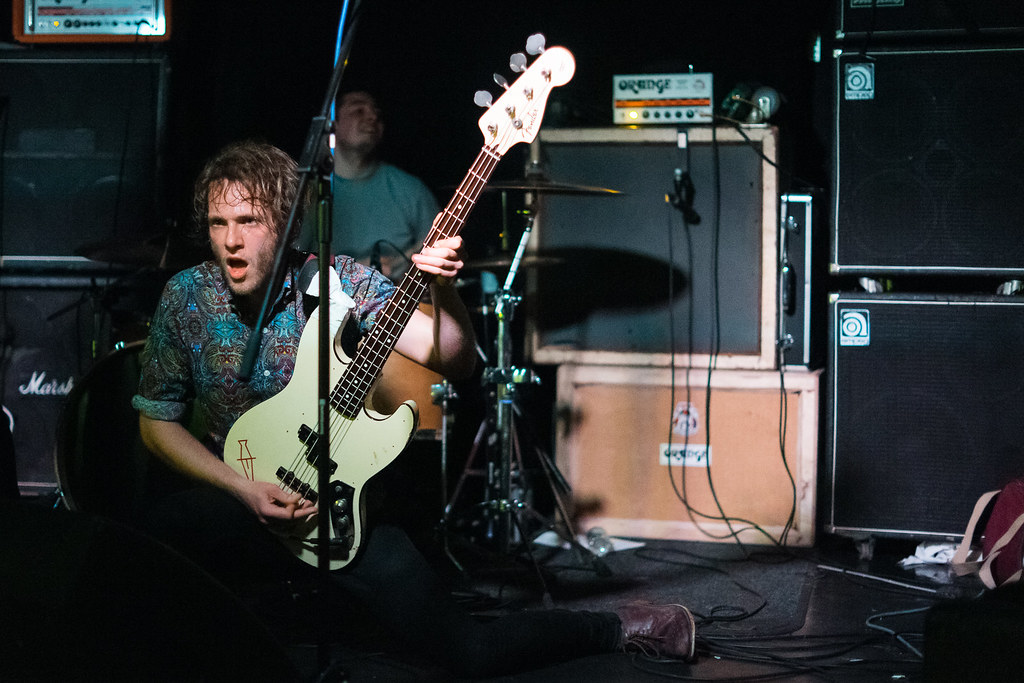 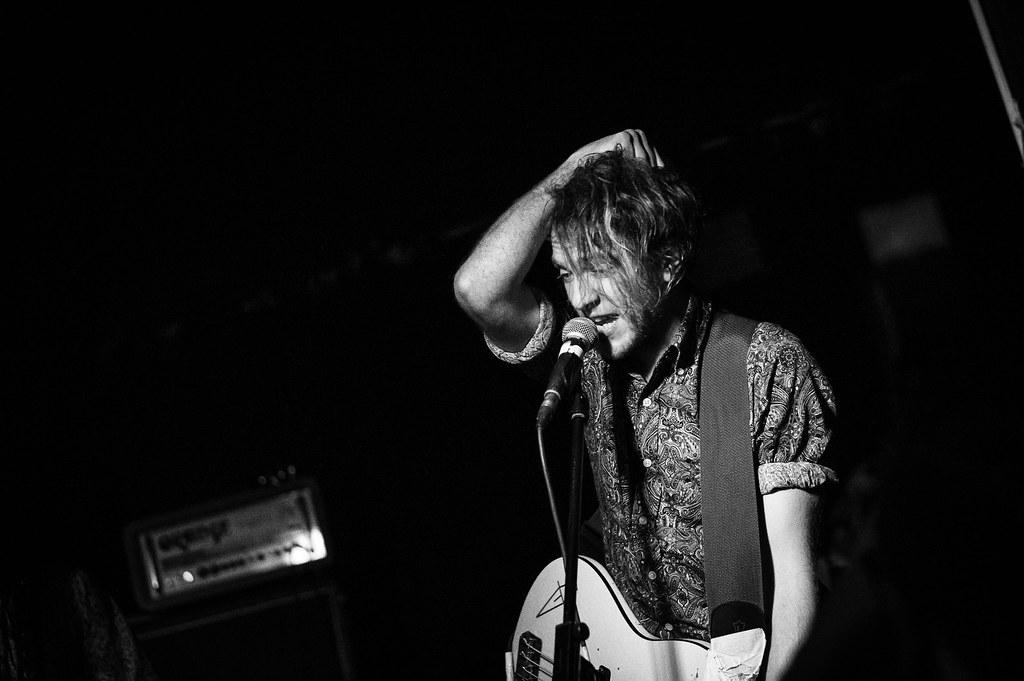 Closing the afternoon was Baby Godzilla. This was the only band I’d heard of beforehand. I couldn’t say I’d listened to anything from them again. They’re not really my type of music. However, I was mightily impressed by their performance. Every bit of the room was their stage. From playing on the bar, to dragging some of drum kit down into the middle of the room. The band roamed around the Old Blue Last ensuring all the audience felt part of the gig. A fantastic performance, especially considering it was only 2pm! 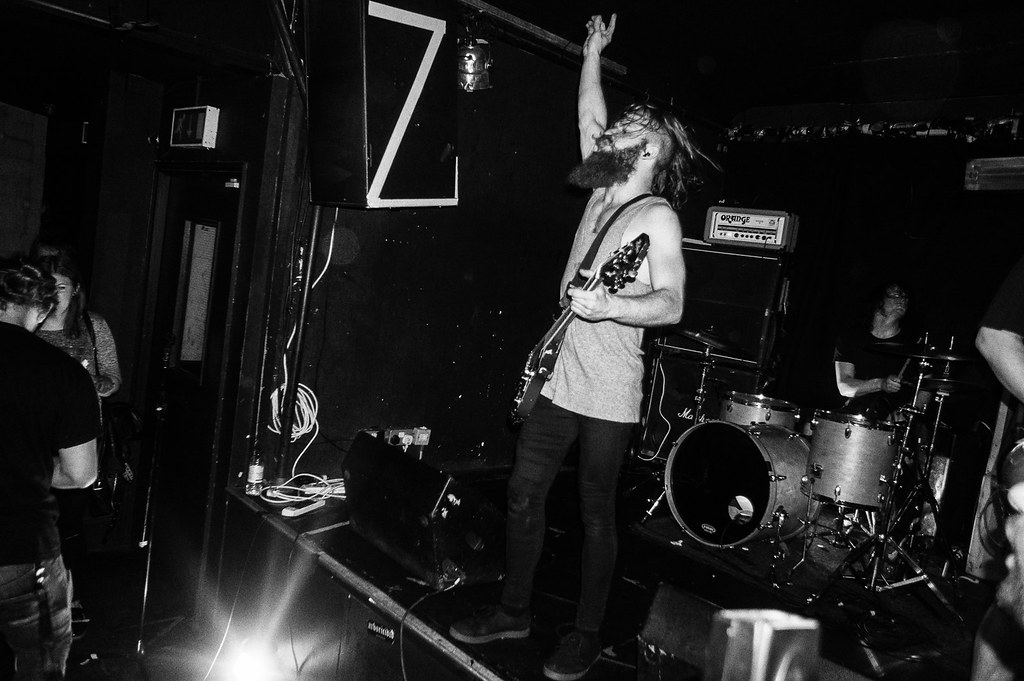 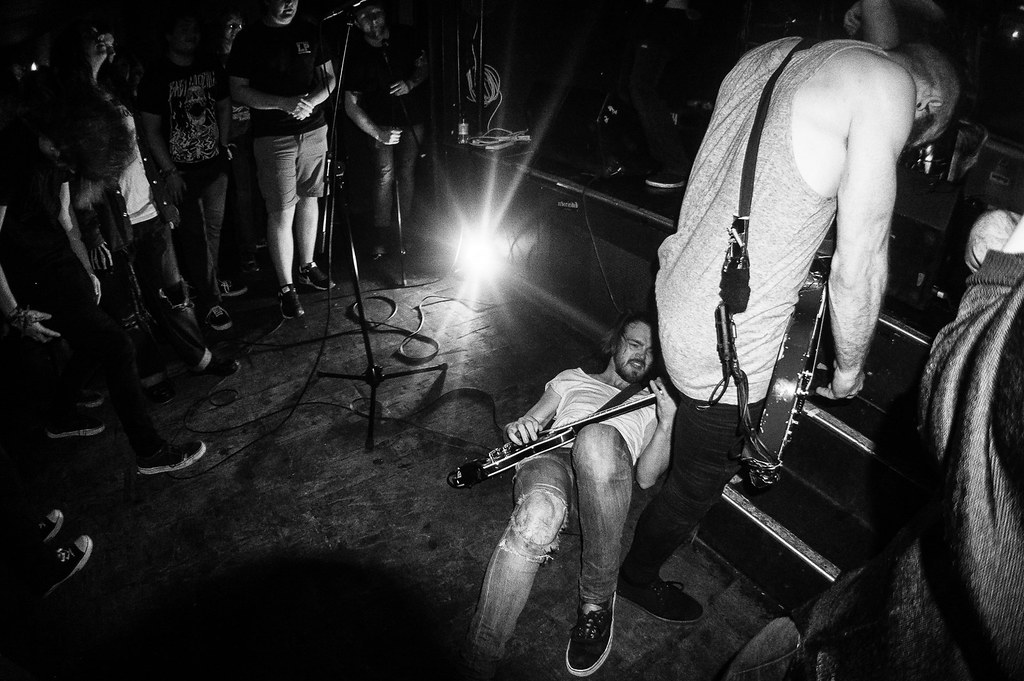 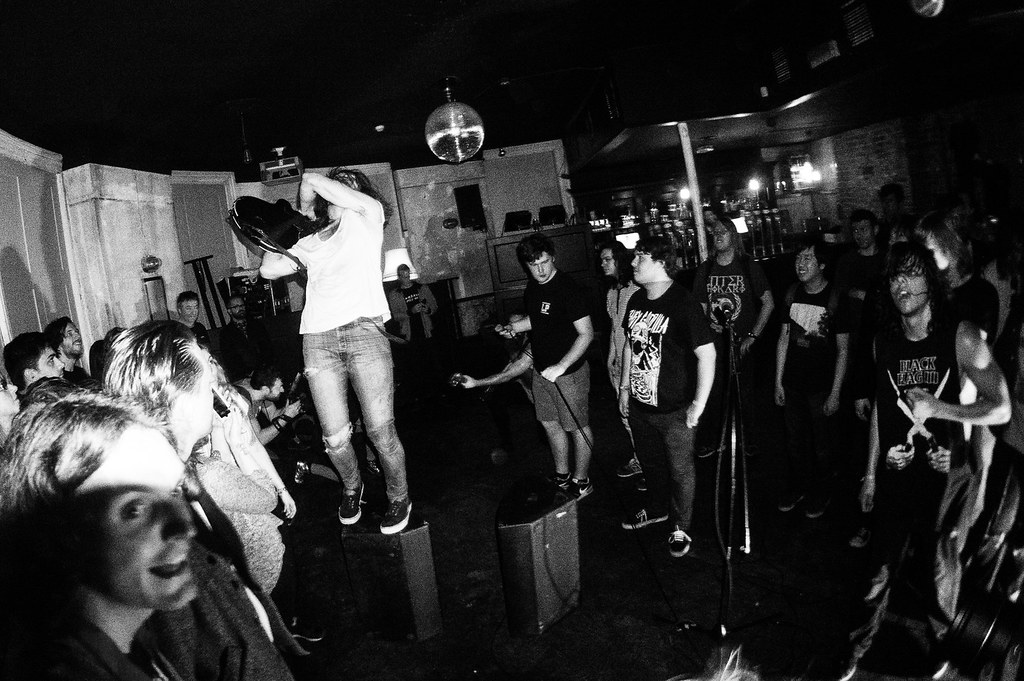 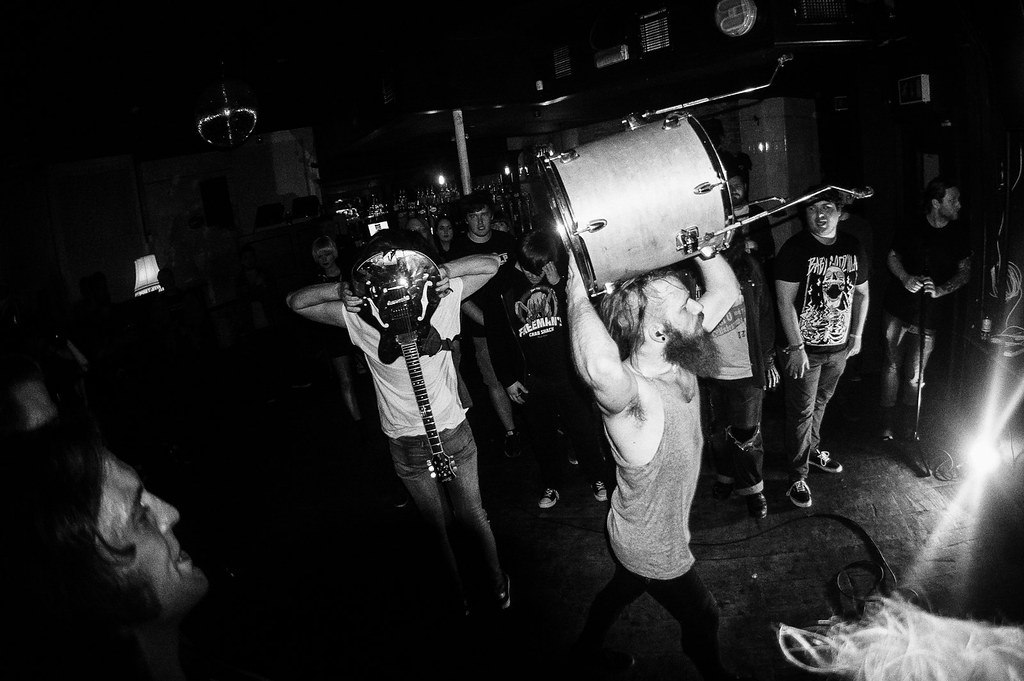 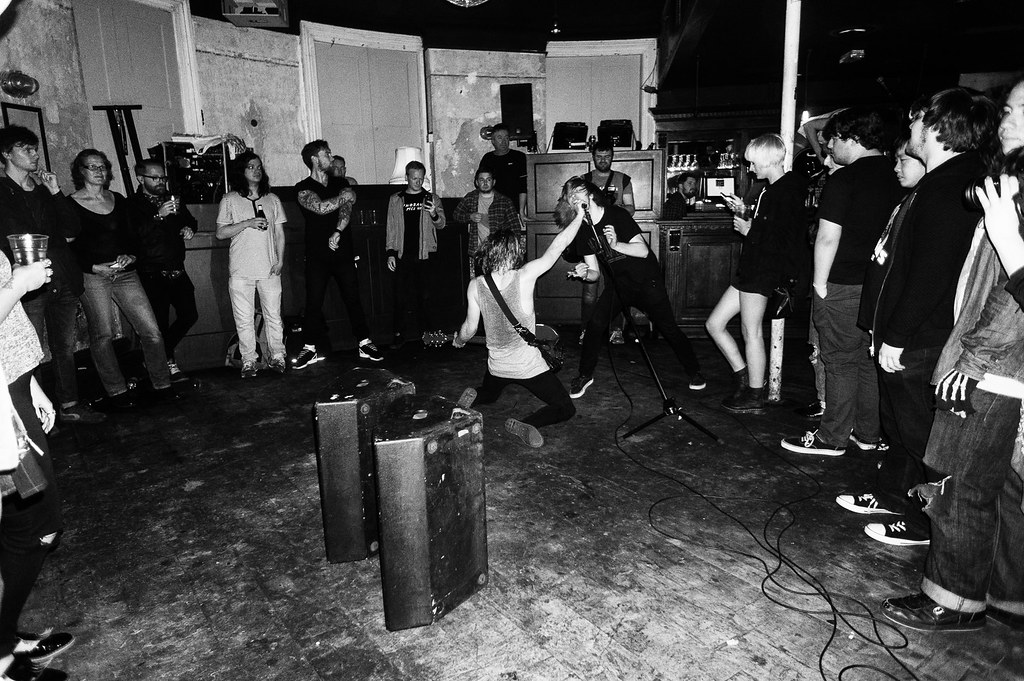 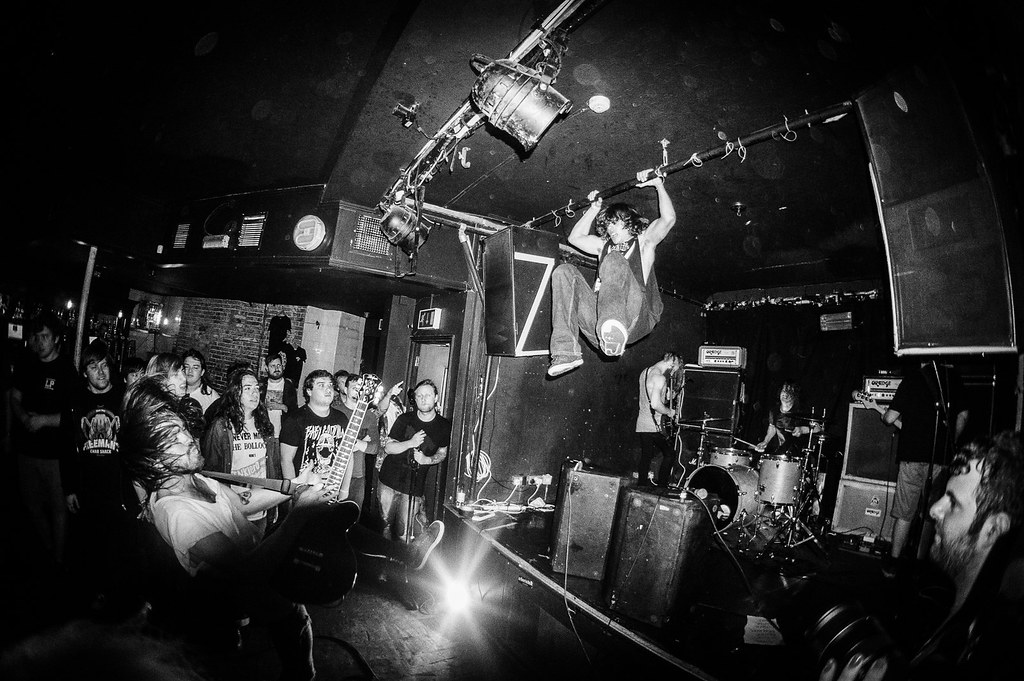 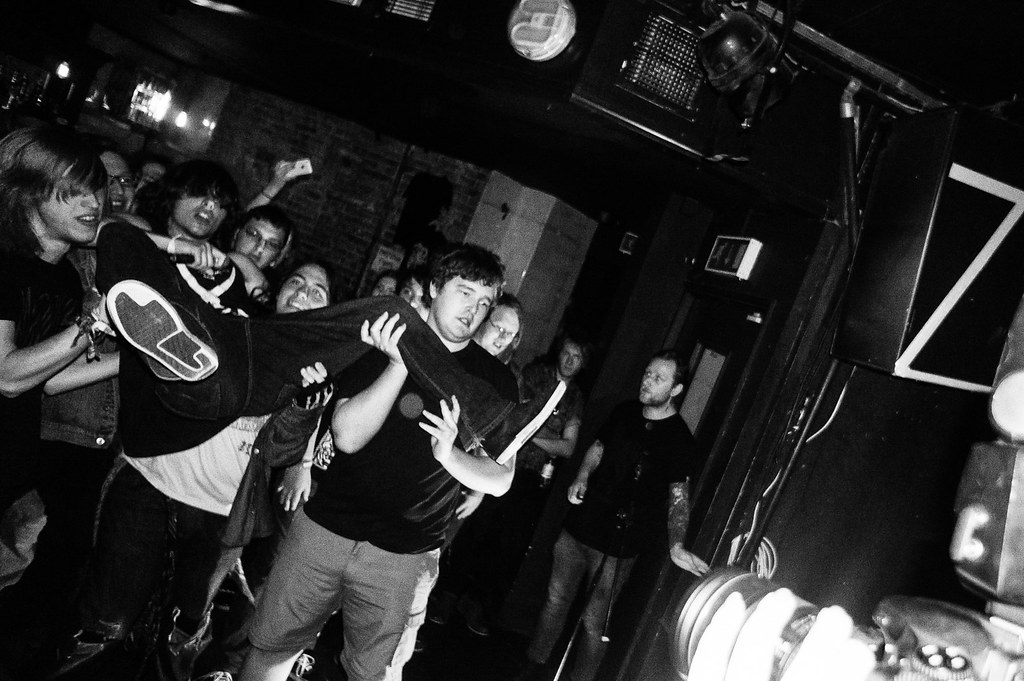