Public Service Broadcasting’s new album, The Race For Space, documents the space race between the USA and the Soviet Union. To celebrate the release, they’d arranged to play two concerts at the National Space Centre in Leicester. Tonight was the first.

I know what you’re thinking. The UK has a National Space Centre? While we may no longer have a space programme and only partially involved in the ESA. The UK has a strong track record in space sciences and living in Stevenage, I’m aware of companies like Astrium’s influence in commercial satellite manufacture. So having never been to either Leicester or it’s Space Centre and loving everything space related, it seemed like a trip was in order.

The National Space Centre’s quiet an imposing structure. It’s basically a big inflated plastic bag. Sections can be deflated and ‘unzipped’ to allow new exhibits to be installed. 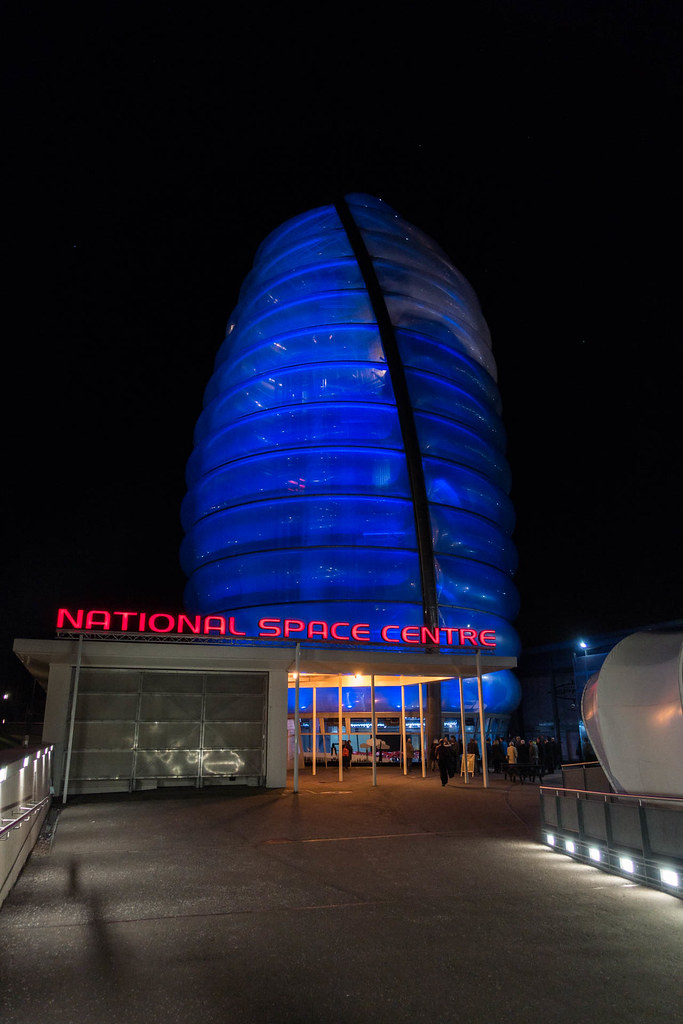 The Rocket tower has Britain’s abandoned rocket, the Blue Streak and currently a Thor-class US ballistic missile. Unfortunately, some of the museum was off limits. But what I saw looked interesting, although targeted towards a family audience with lots of interactive displays. It’s a bit like the Kennedy Space Centre, but without the rockets. 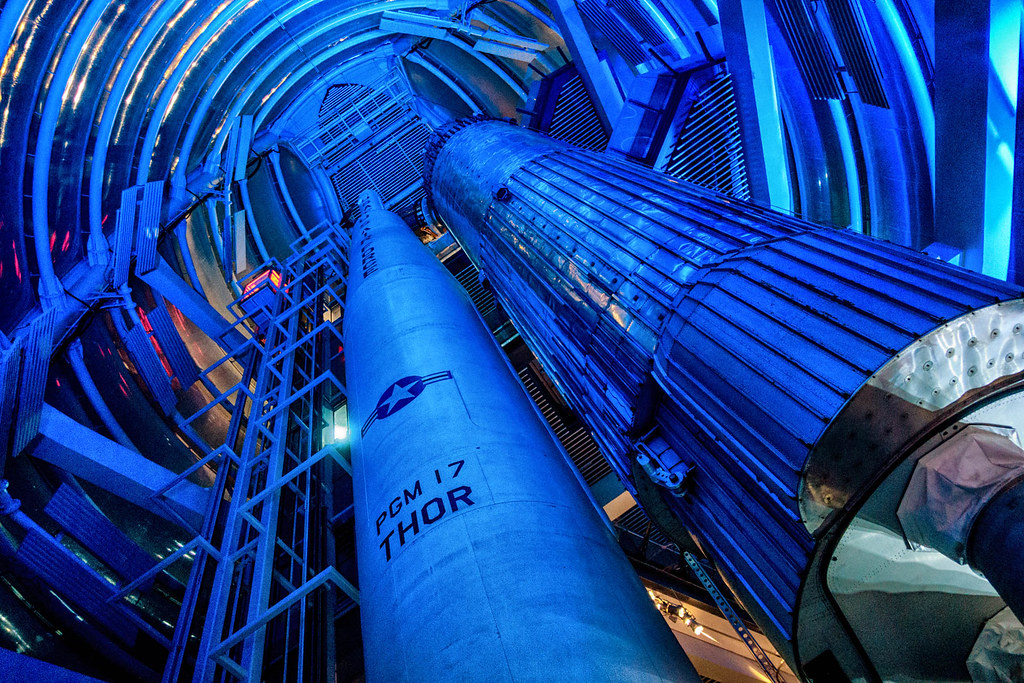 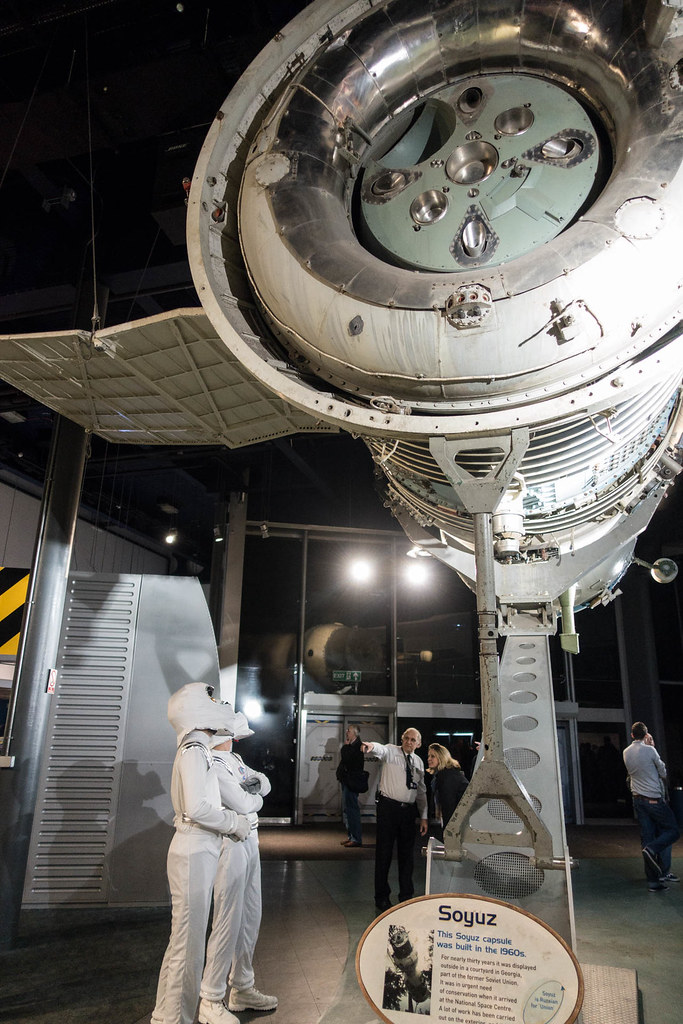 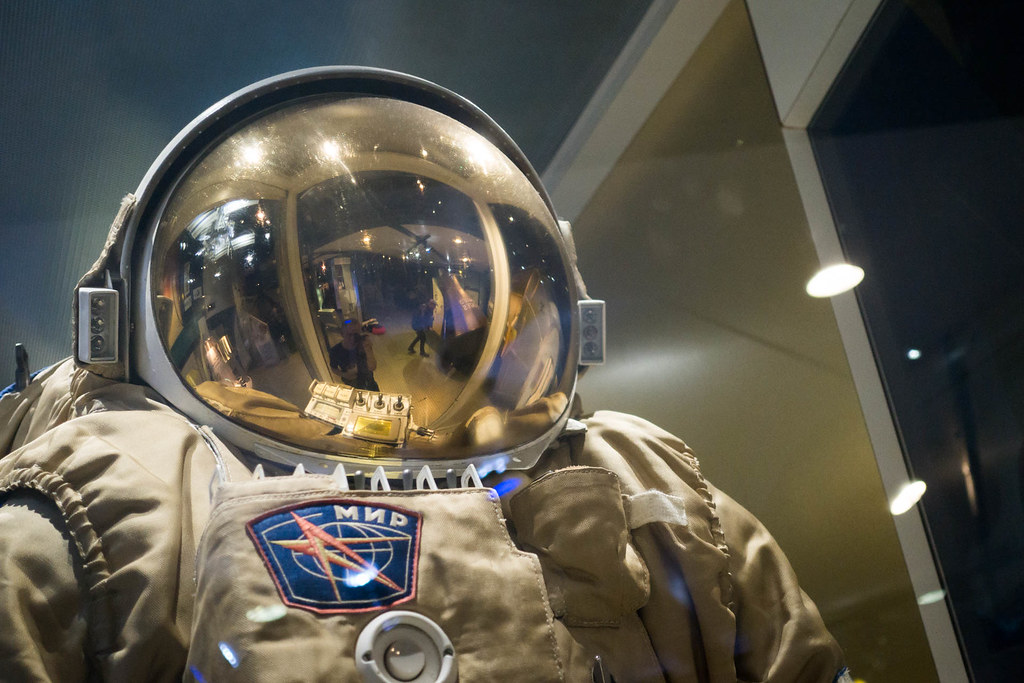 I’d seen PSB earlier in the week play a short set at Rough Trade. The new material, while lacking any crowd pleasers, sounded good. I’d hoped that tonight they would play the whole album through in track order. But my hopes had been dashed earlier in the day when I read an interview with them in which they said they didn’t expect to ever play the whole thing as they felt it would be difficult to perform some of the tracks. So I was prepared for the evening to be a mixture of songs. Hopefully one day they can persuade a choir to come along to perform the opening track so that the whole thing can be played in it’s entirety.

So what we go tonight was a mixture. But the set held together well. Mixing the more thoughtful and less dancy tracks from the new album with sure fire crowd pleasers probably does lead to a better set.

Having introduced a new member on Tuesday, a new bassist. New for tonight was a fifth member of the band, Sputnik. This new stage prop developed by their AV electronics wizz (the third member of the band), augmented the excellent videos and lighting. I’m not going to say too much about it as I wouldn’t want to spoil it for you.

I’ve said on this blog that I tend to prefer gigs where things go wrong. It shows bands are human. Tonight’s went wrong several times. The live video feeds failed a few times. But more annoyingly for the band, they also had to try a song three times as they’d queued up the wrong samples. But for a band like PSB who rely so much on their samples and AV, it’s to be expected and shows that they are playing live. It also allows for some humour. With several ‘National Space Centre, we have a problem’ calls from the crowd and a few ‘simmer down’ samples from the band. The relief on the faces when they finally made it through the song was plain to see. Although we enjoyed the little problems, I’m not sure they did. But thankfully they didn’t let it affect them and continued to rattle through the songs in fine style.

I didn’t mention it after Tuesday’s gig, but the addition of the bassist is a good thing. Some of songs benefitted from the extra weight the bass adds. I’ve often wondered if PSB could transition to the bigger venues. But tonight with a fantastic lighting show, great AV and beefier sounds, they most definitely could. In fact, I’d go to say that last night’s stage show was one of the best I’ve seen outside of an arena. All of which combined to make the evening a thoroughly enjoyable experience. The evening was capped off with a dancing astronaut. What more could you want? A great evening. 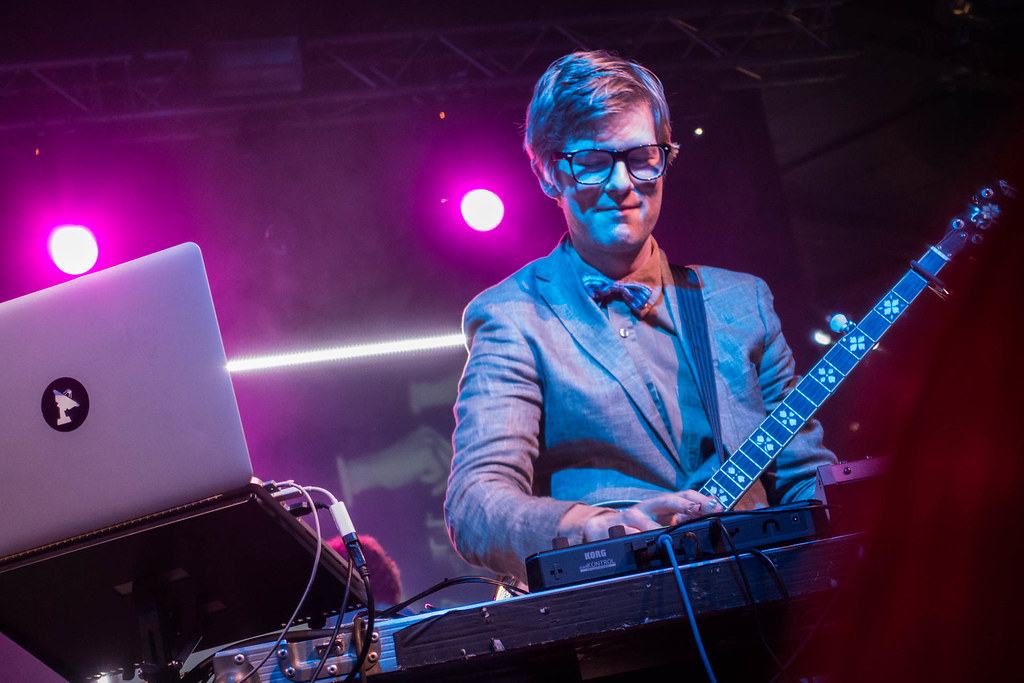 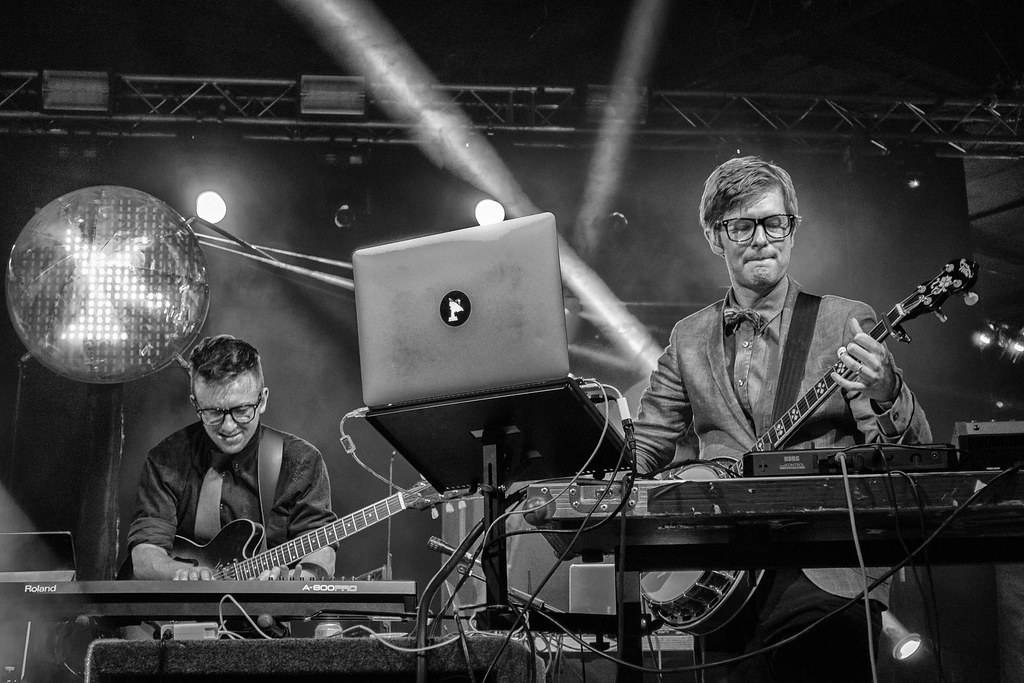 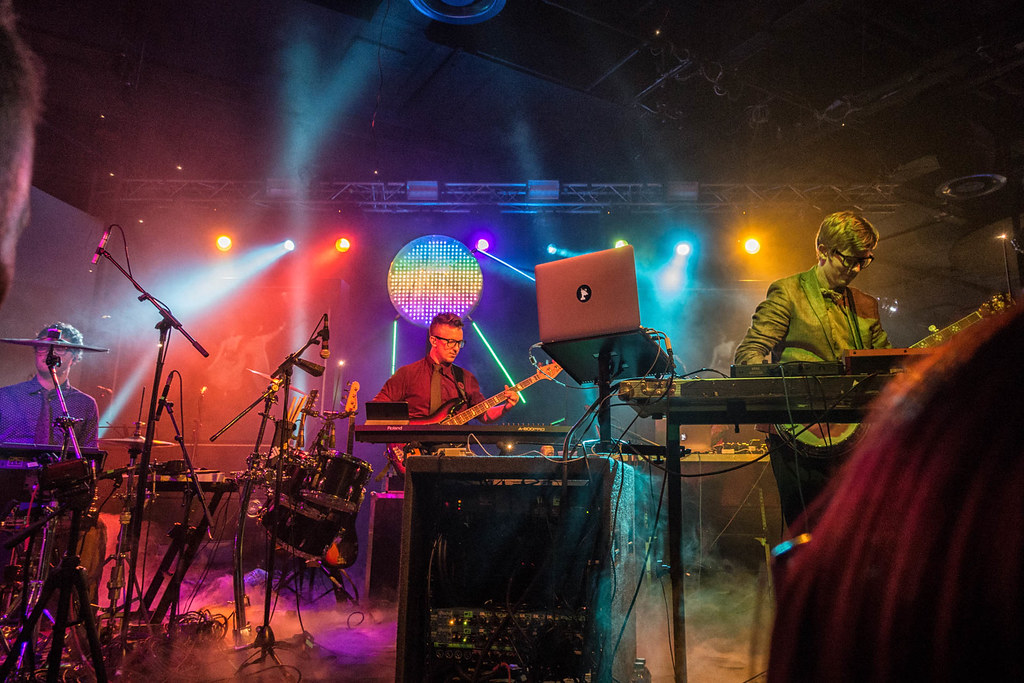 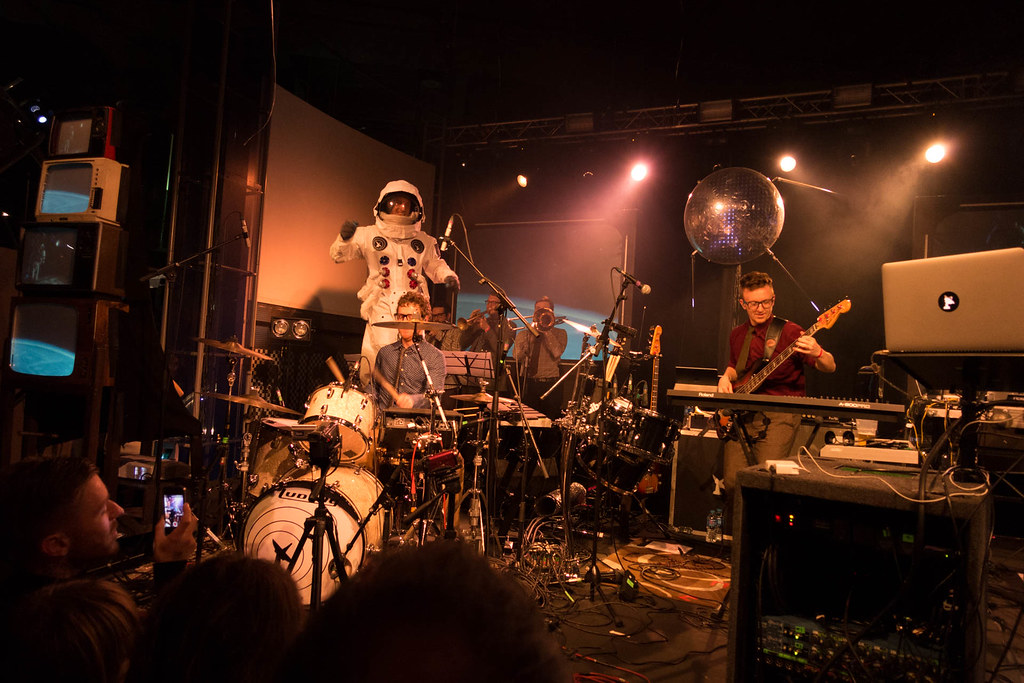 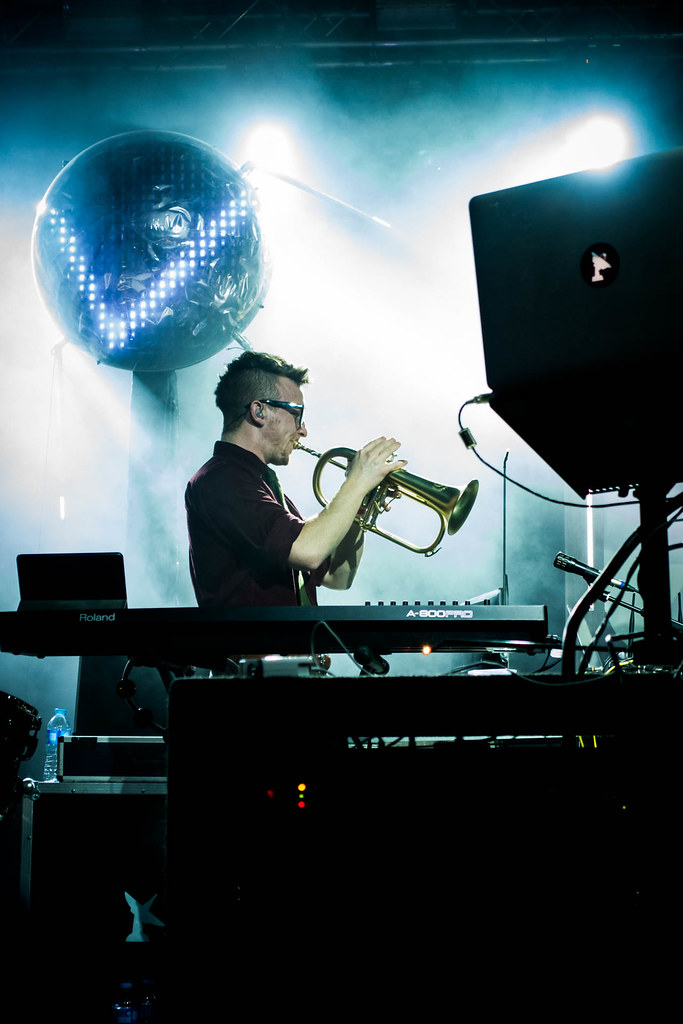