Parquet Courts at the Electric Ballroom

Listening to Parquet Courts album would leave you with the impression that these guys are the master of 2 minute songs with a DIY/punk sensibility. What it doesn’t prepare you for is a masterclass in controlled Velvet Underground inspired, feedback induced 10 minute long songs.

But I’m jumping ahead of myself. Tonight’s gig at the Electric Ballroom was an NME Award show. Support coming in the shape of Eagulls 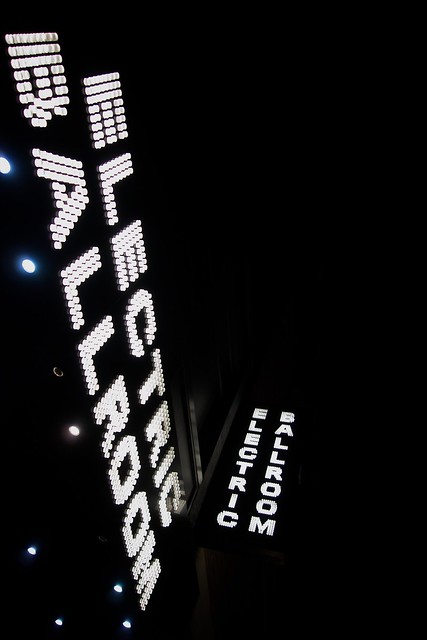 I’ve seen Eagulls before. The first time, a single impressive song at SXSW. But I’ve since seen them play a longer set that left me less impressed. Tonight was also of the ‘less impressive’ variety. Don’t get me wrong, I like their recordings. But for some reason the live performances leave me indifferent. I suspect it’s a lot to do with the mixing. The vocals are often low in the mix, which was the case tonight. Having heard a great song at SXSW, they are clearly capable of something. Maybe they just need the right venue with the right sound guy? 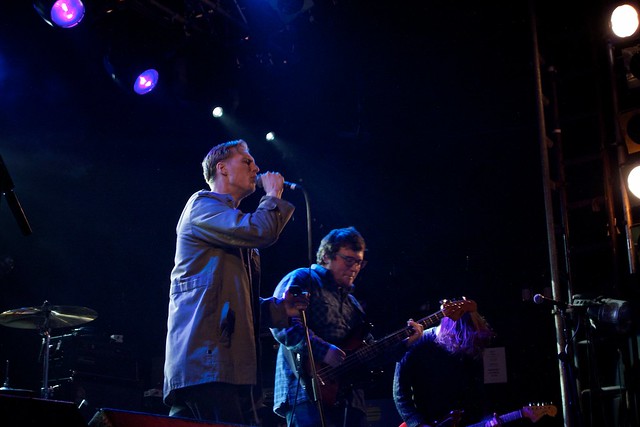 After the Eagulls unfortunately left me cold, Parquet Courts came on. My earlier comparison to Velvet Underground may be surprising, but it has some basis in reality. Live, many of their album songs transformed into 10 minute long songs, and not with a little bit of skill. Although impressive, enjoyable and surprising, I did wonder if this was what I really wanted from the gig. I like the intensity of the album and I have to admit being just a little bit disappointed that the same intensity isn’t captured on stage. But that’s a bit churlish, because if I’d gone in expecting what I’d heard, I would have left thoroughly pleased. 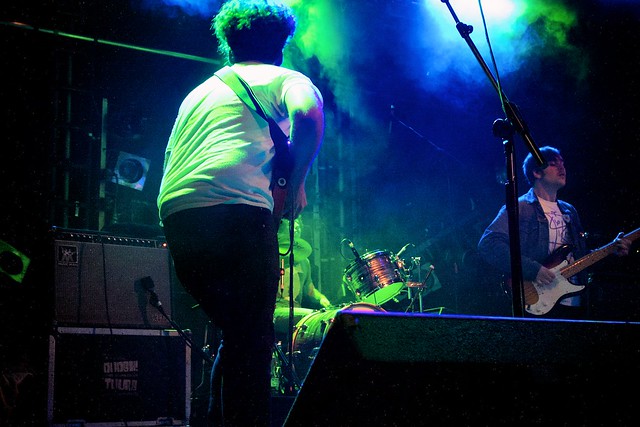 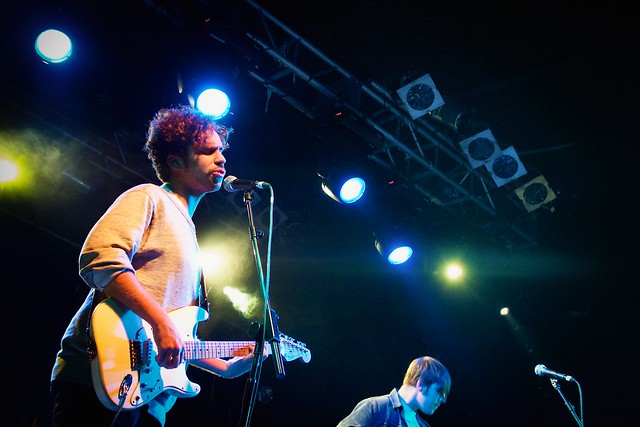