First gig of 2010. British Sea Power at Scala as part of the NME Shockwave awards.

There was a good start to the gig with ‘Sparrow in the Workshop’ a three piece from Glasgow. They supported BSP at their Regent’s Park gig last summer. 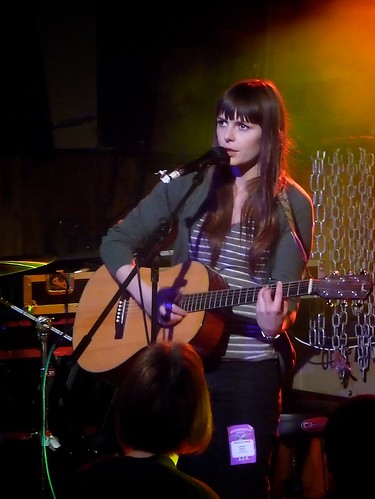 Sparrow play very simple ‘folk indie’ music. But the mixture of the folk indie accoustic sound is lifted by the lead singer’s American voice that has just a hint of a folksy country feel that helps lift the music from Glasgow to somewhere over the mid Atlantic.

Tonight, they were the first support act of three and the early start meant a less than impressive crowd. Which is a pity, because they were easily the best support act.

There was nothing particularly wrong with the second band, Surfer Blood. The band hail from Florida and there was something laid back, almost lazy about their music. I guess bland ‘skater music’ would be an appropriate description of their music. They sounded very much like a college band, you know the kind, nothing particually wrong with them, but missing that spark that differentiates them from the rest. When they came on stage, I thought there would be an ‘edge’ to their music with the Slash lookalike on keyboard adding extra percussion to some songs. Unfortunately the second drummer didn’t give them the ‘edge’ they needed 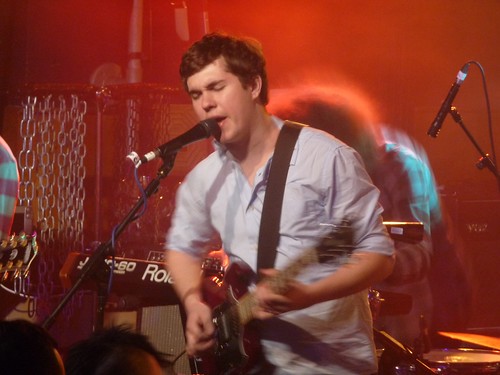 The third band, These New Puritans, didn’t appeal to me. Frankly I thought they were awful. They played that electronic noise music where there’s lots of noise happening, but you just end up with a muddy sound. Lots of samples, different instruments, like chains, but everything was fussy. They might have pulled it off, if their lead singer wasn’t so awful. On the odd time you could hear him, you wished you couldn’t. They couldn’t leave the stage quick enough. 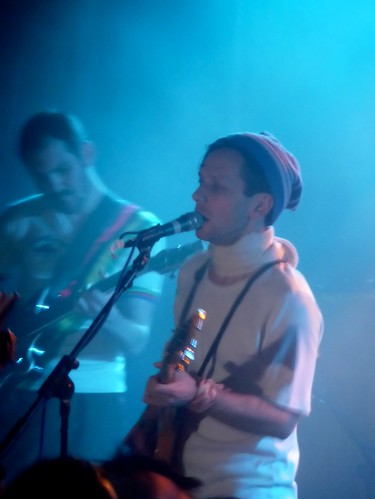 With a new album coming sometime this year. BSP took the opportunity to mix in some of their new songs amongst a number of old faithful’s such as Canvey Island and No Lucifer. I’m not a fan of bands trailing too many songs before an album’s release and it’s often hard to judge what will be good songs on the first listen. In this case they got the balance right between new and old, but without a pre-listen, non of the new songs jumped out at me.

As usual, BSP couldn’t just play. This time during Waving Flags (?), Noble climbed up the speaker stack up to the gallery, playing most of the rest of the song from up there and during the fantastic encore, crowd surfed while dragging tape around with him turning the crowd into a cats cradle. 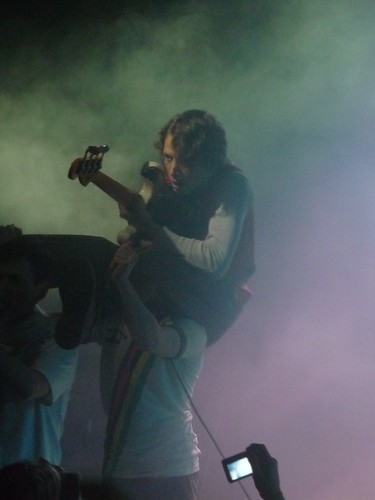 Overall, it was very enjoyable gig. It wasn’t as special as the Regent’s Park gig, buy enjoyable nonetheless. 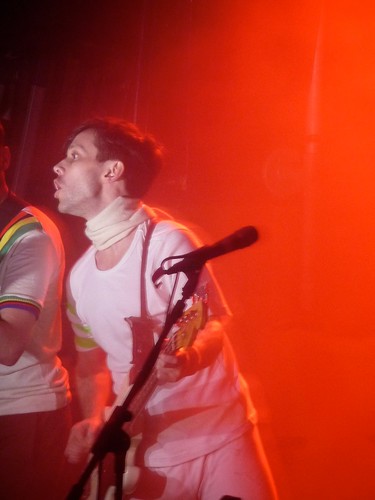