I’m catching up with some gigs from a few weeks ago and since this in-store occurred, Billie Marten has been named on the short list of the BBC ‘Sound of 2016’. Really? WTF?

Okay, I’m jumping ahead of myself. I like the Rough Trade West in-stores. It’s a great little shop and their gigs are usually free. So as I was already in London for Daylight Music and a gig later in the evening. I thought I’d pop over and see who was playing.

It didn’t start well. Her manager / Dad / ANR person, made the store kick everyone out into the cold so that she could sound check. WTF? It’s an in-store. You don’t sound check and if you do, make sure you know what you’re doing. I’ve never seen RTW close for a sound check.

Unfortunately, I get the feeling that Billie is already surrounded by people who are pushing her when she’s not ready. Even the X-Factor has an lower age limit and as we know Cowell, doesn’t particularly care about his artists. She’s very young and clearly if she was older she would have just accepted the limitations of an in-store and played. She wouldn’t have allowed the shop to be closed – pissing off both staff and audience (the weather wasn’t great). She’d also make sure the sound guy actually knew what he was doing and didn’t overpower the speakers so that they were distorting (I had to put ear plugs for an acoustic gig and was here the next day for a ‘louder band’ that had much better sound). She’d also realise that her material needs to mature. Unfortunately for me, it sounding like a 16 year old was singing songs written by a 16 year old. She’s clearly talented with an reasonable and the music was pleasant. But I just felt she needs a few years of the touring circuit. I really hope she has the right people around her who aren’t pushing her too early. But as she’s on the ‘Sound of 2016’ list, I suspect not. 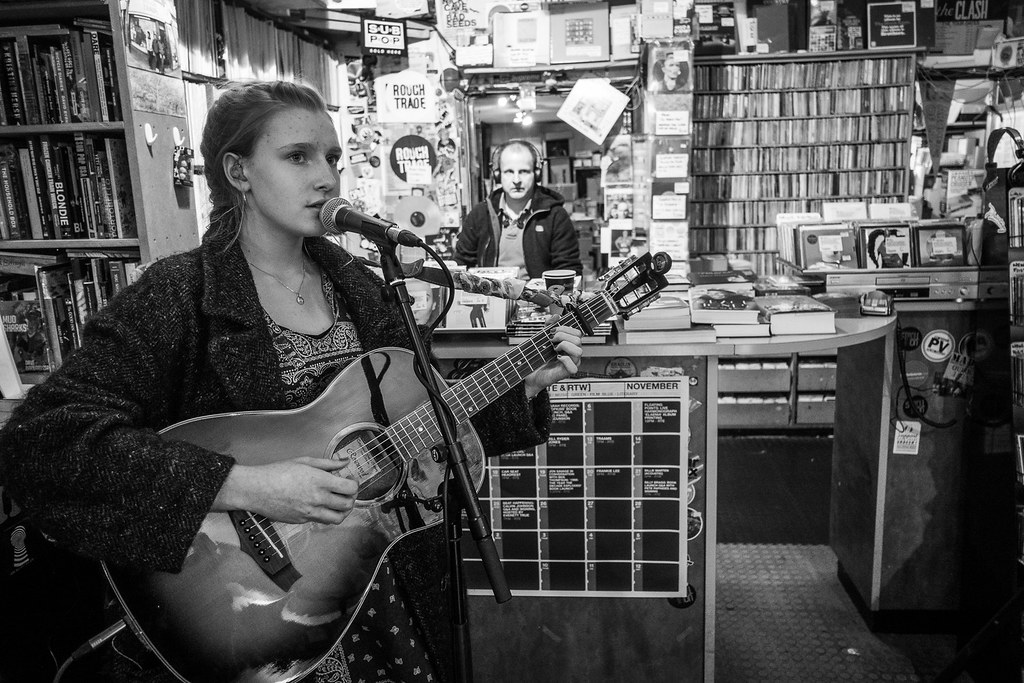