I’m one of those miserable sods who don’t like Halloween and the whole ‘Americanisation’ of the evening. I don’t know why the whole fancy dress thing has taken off in the last decade. I blame the amount of US teen tv shown in the UK. So I usually try and avoid gigs around this time. But I’d seen that the Gravestones were playing for free downstairs at the Lexington and as I was going to be in London anyway, I decided to drop by. 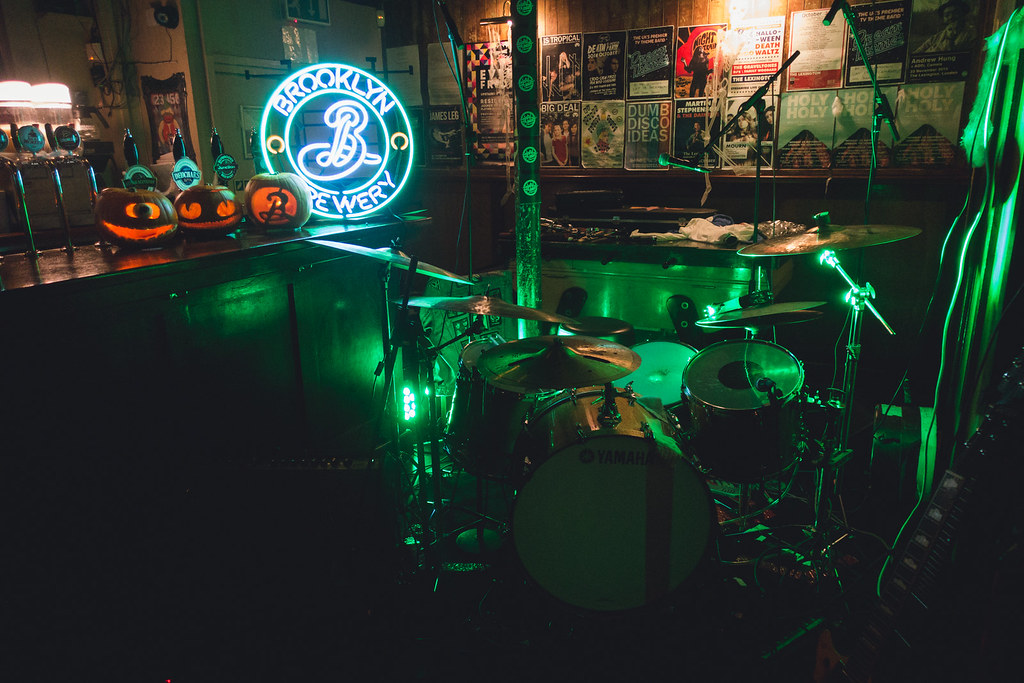 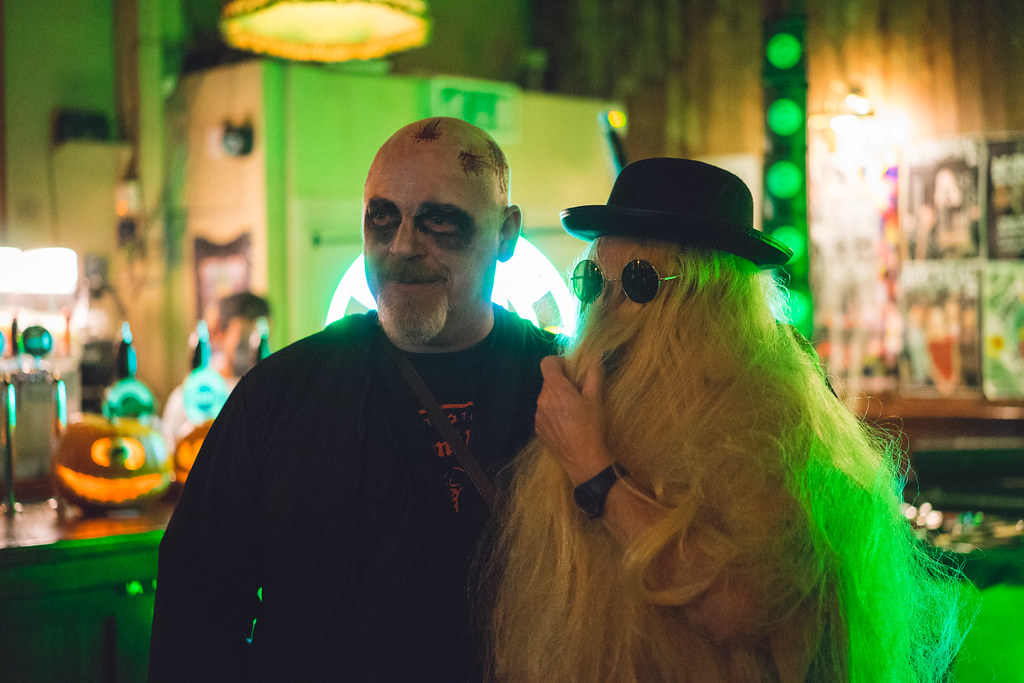 It’s the first time I’d seen a band downstairs at the Lexington. But the Gravestones are only a drummer and guitarist. So they managed to fit them into the space where they usually have their table football. It wasn’t an ideal space. They hadn’t moved out any of the tables and chairs, plus they were live-streaming the event so had camera people taking up space in front of the performance, so there really was no space. But it was a free event, so shouldn’t grumble.

The Gravestones, were on form. Playing for about an hour. Their form of garage rock is hard not to enjoy. It’s all in the performance with great expressive drumming and top performance from the singer. 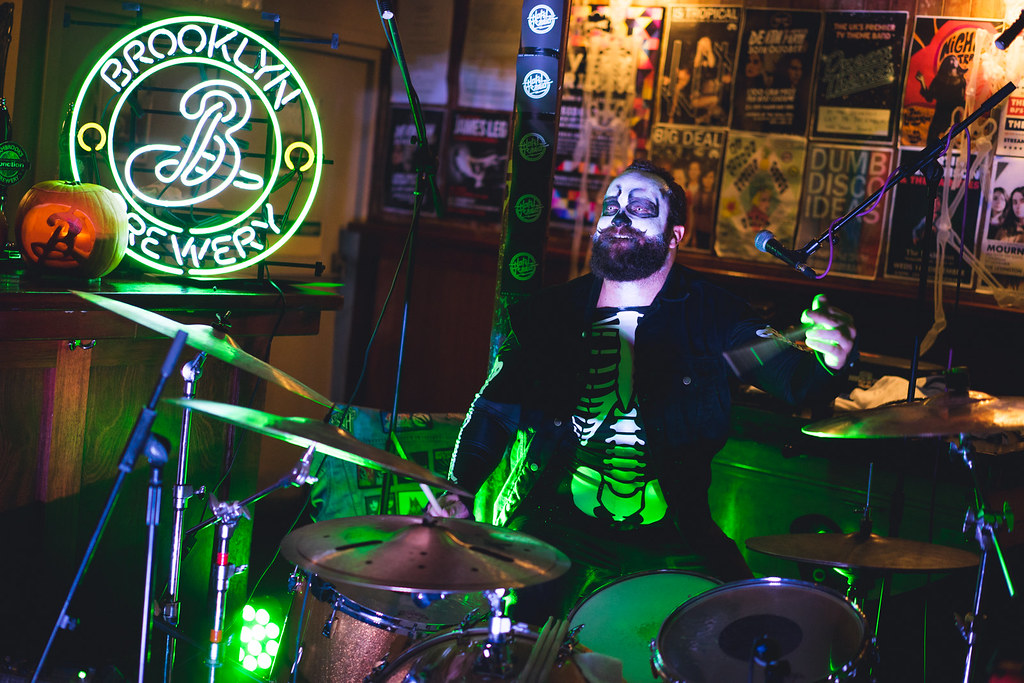 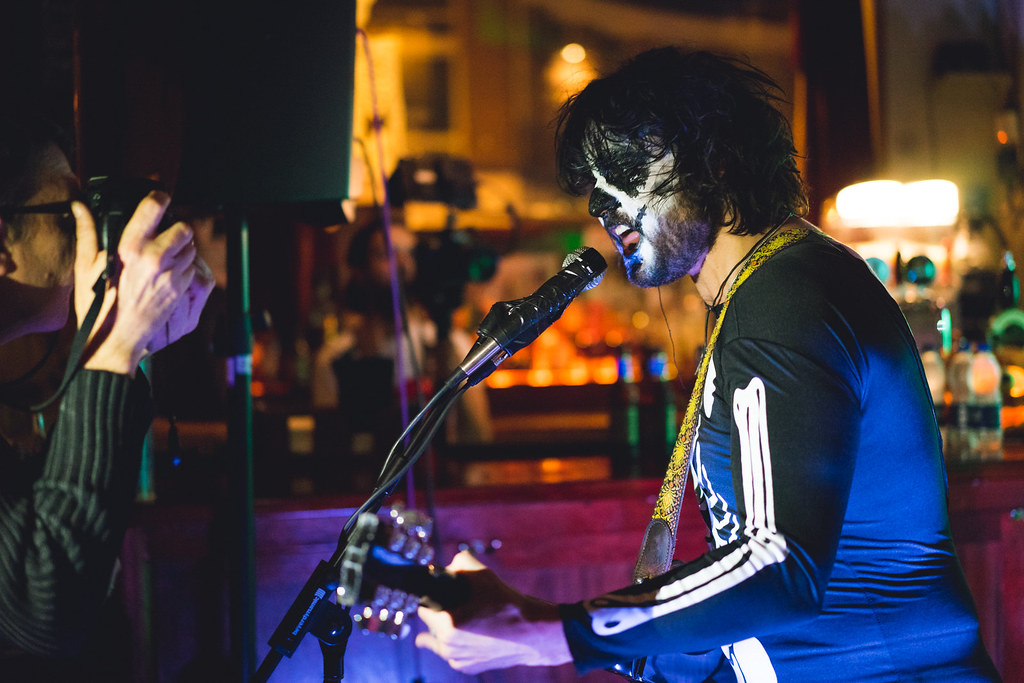 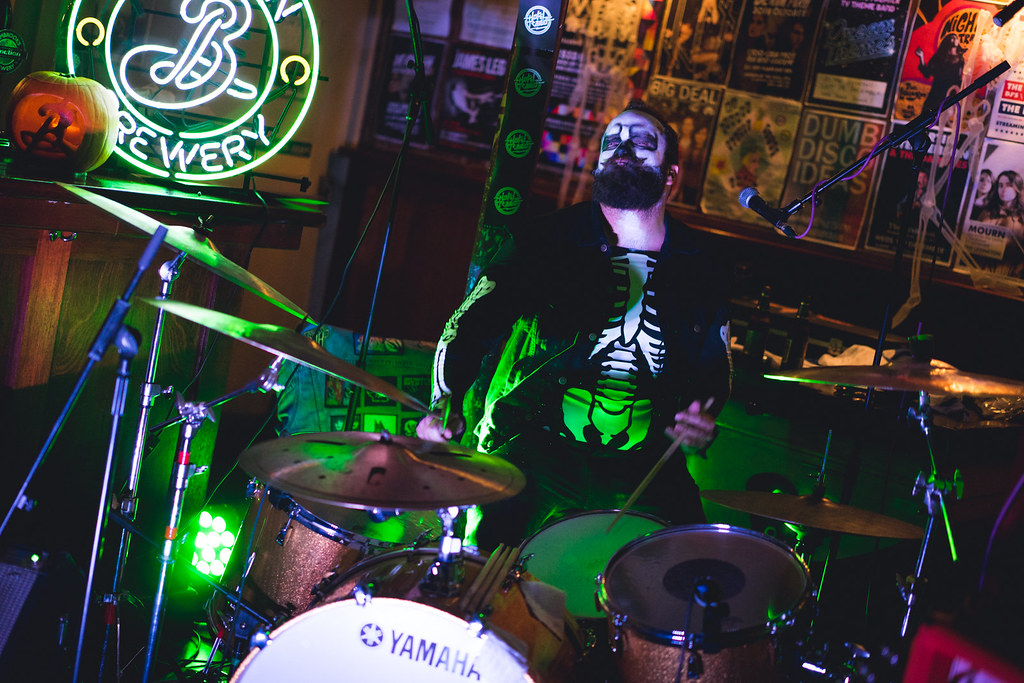 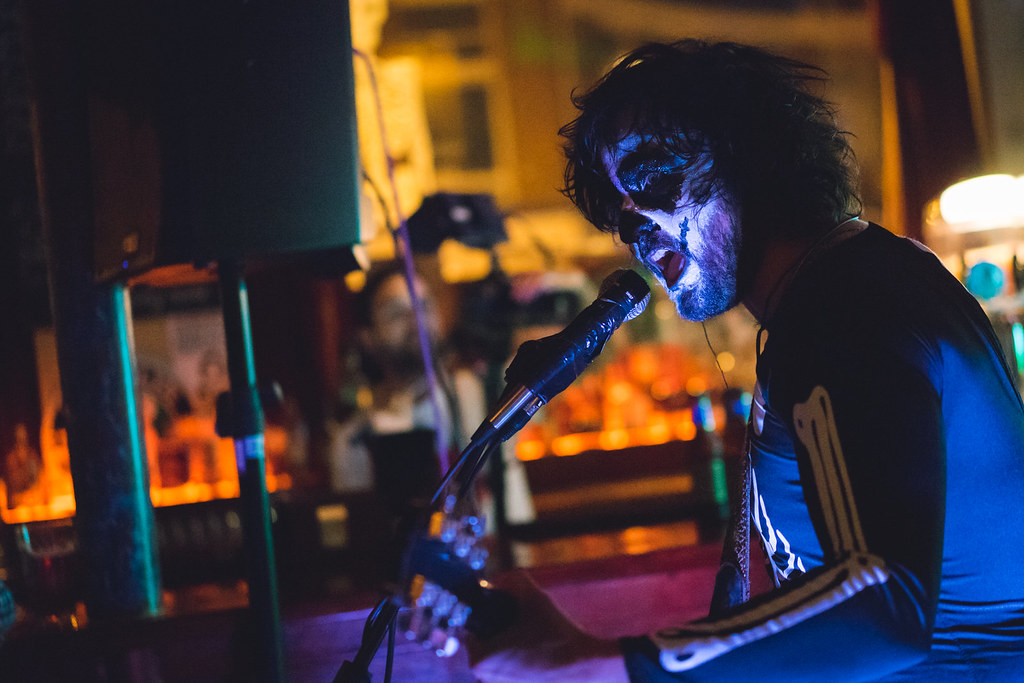 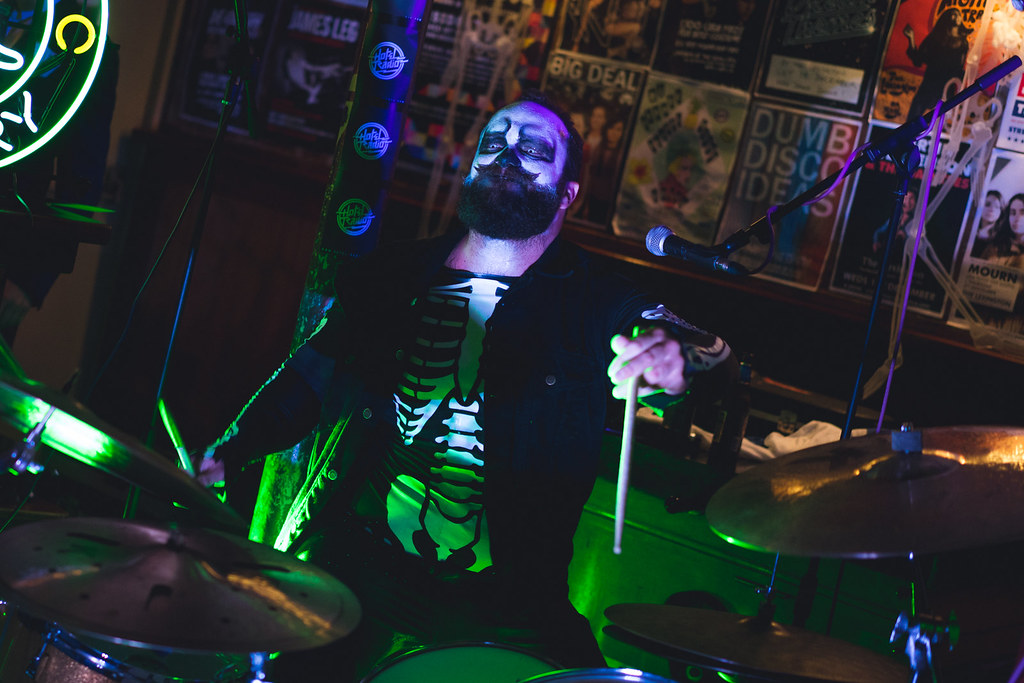 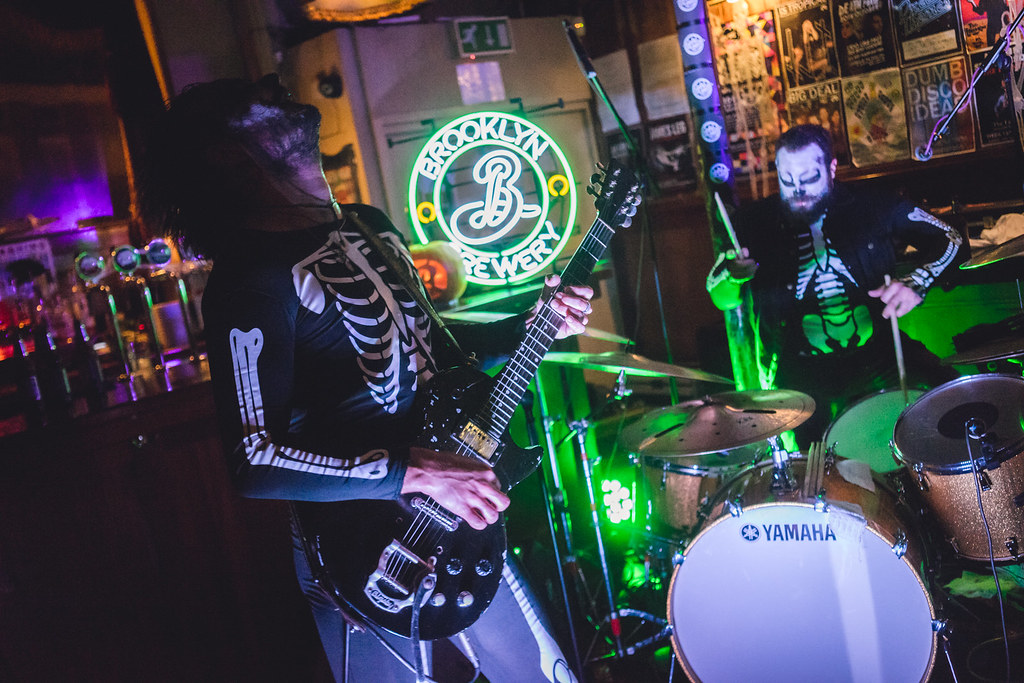 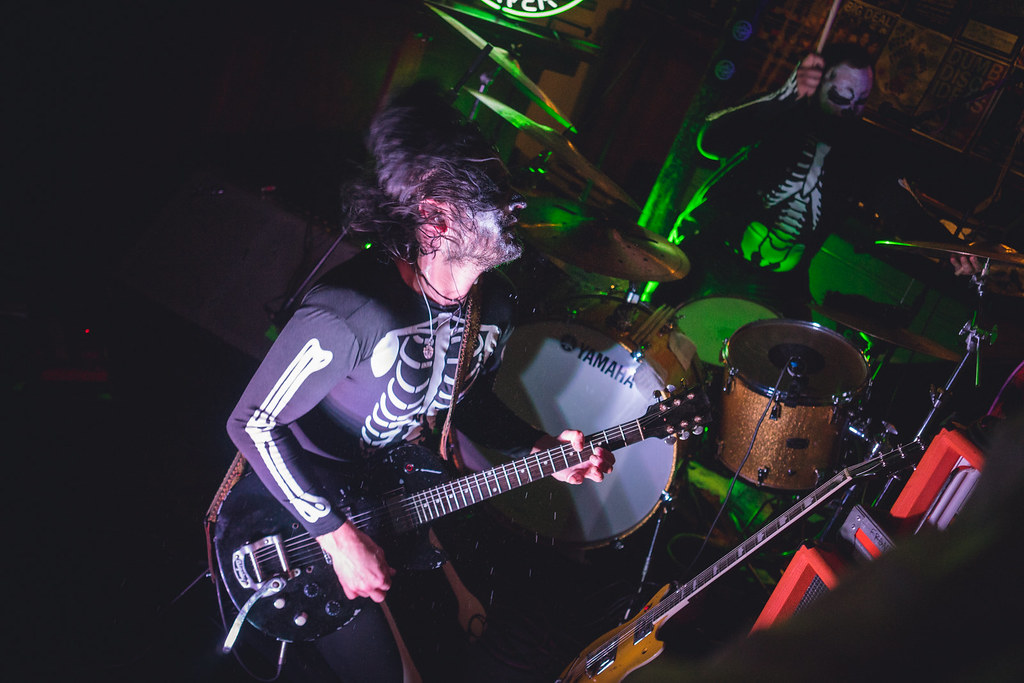 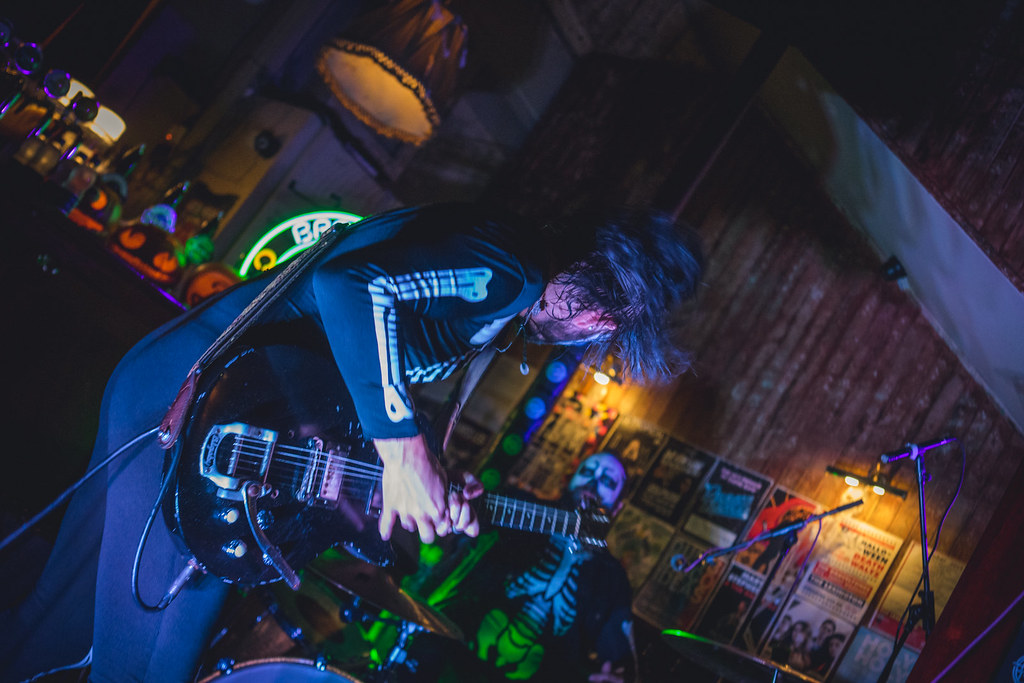 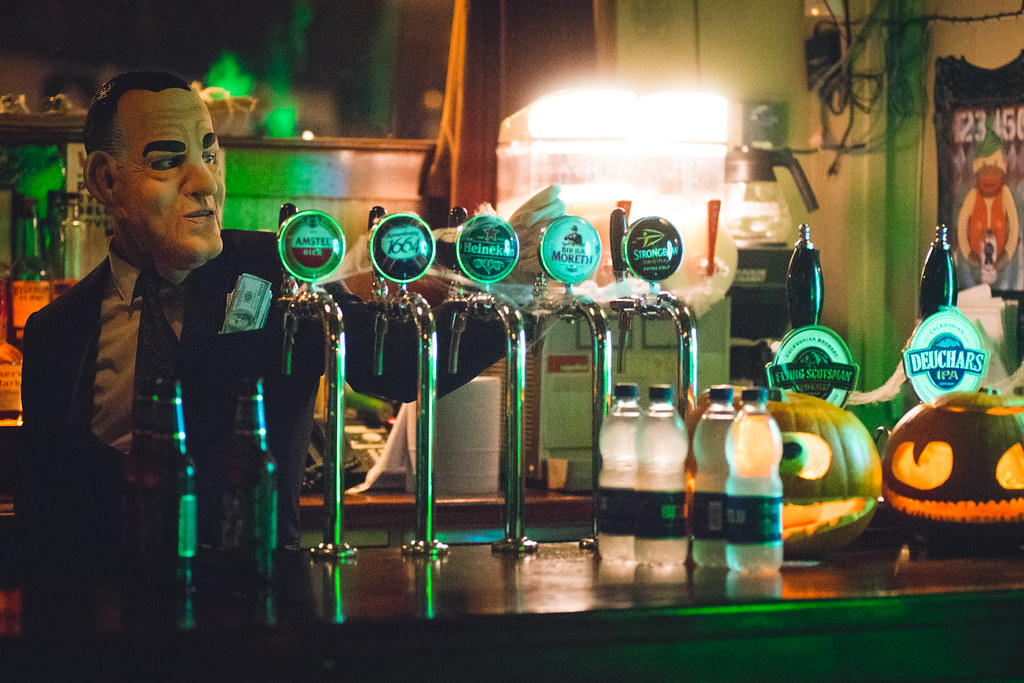 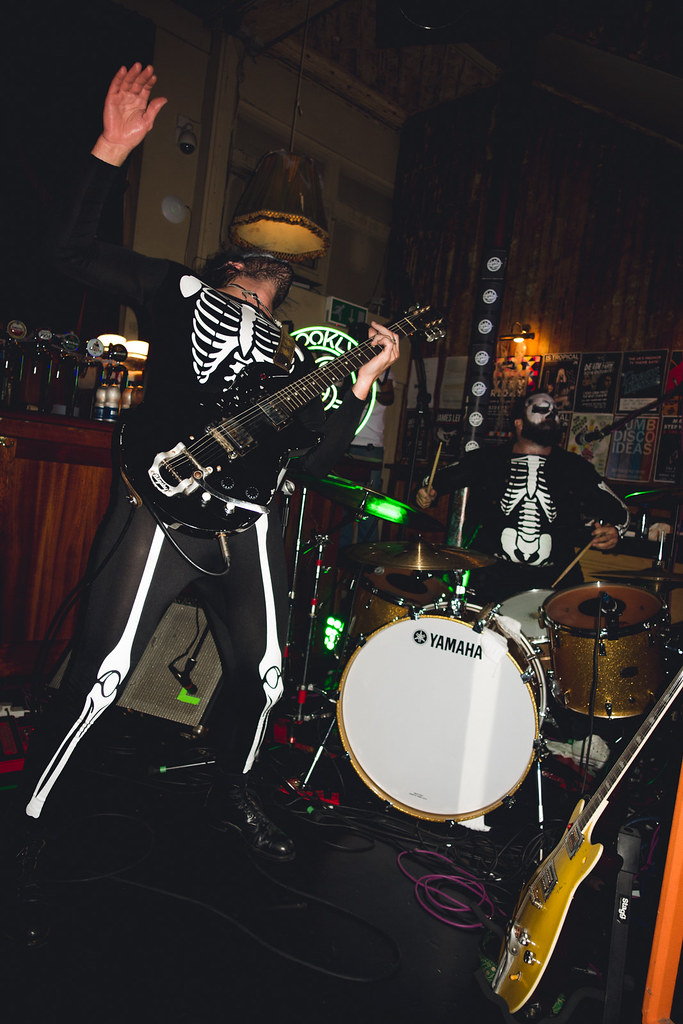 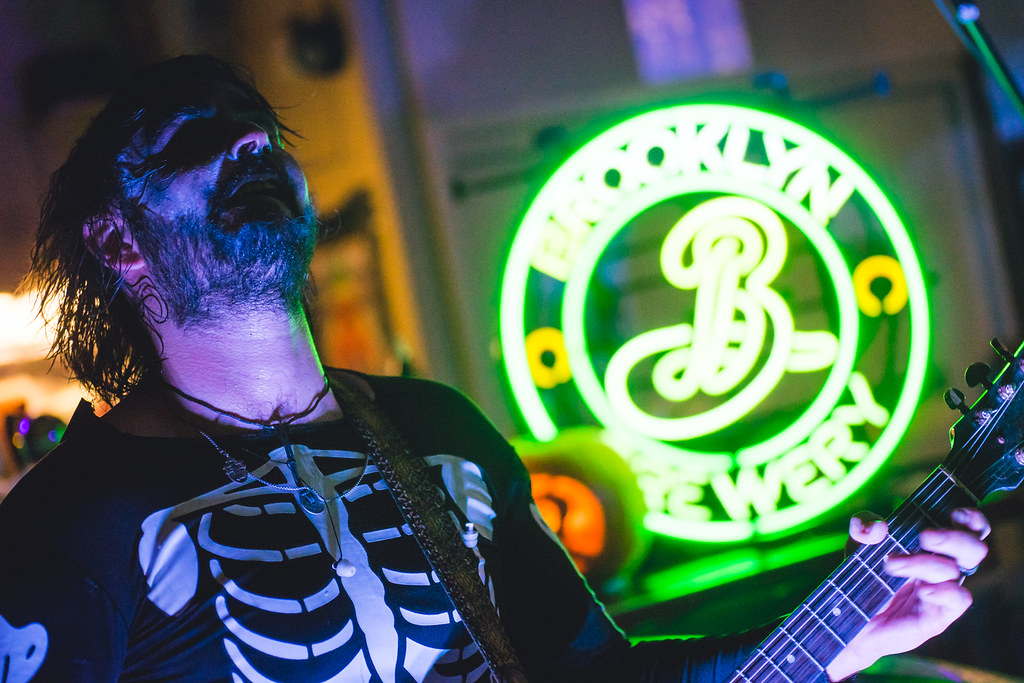