A really busy month. 18 different gigs, including a random gig in Edinburgh, a weekend photographing Daylight Music, and several nights at the Shacklewell Arms watching the bands playing as part of the Label Mates festival.

There were some old favourites such as Bo Ningen and The Staves. Some bands I’d been looking forward to seeing for quite some time, such as the Lovely Eggs and also The Cult of Dom Keller and also some truly awful bands, such as Giant Swans and one of the worst bands I’ve seen this year, Madonnatron.

Best gig:
Difficult to chose a favourite gig this month. The Staves were excellent. Bo Ningen put in their usual excellent shift. But probably the most surprising was Mourn. Some teenagers from Spain who really impressed. Support was from PROM who are getting better and better every time  I see them.

Best photo:
Struggled to decide which was this month’s best photo. I had a proper camera with me at a number of gigs and I also photographed another Daylight Music. So I had the opportunity to take some good photos. So I’ve got a good selection to choose from. But the photos I’m most pleased with were the photos taken at the Spectres gig. They played in near darkness and I only had a pocket camera with me. So I had to get creative using long exposures to create images that played on their name. Some turned out okay. So I’m pleased with the results. 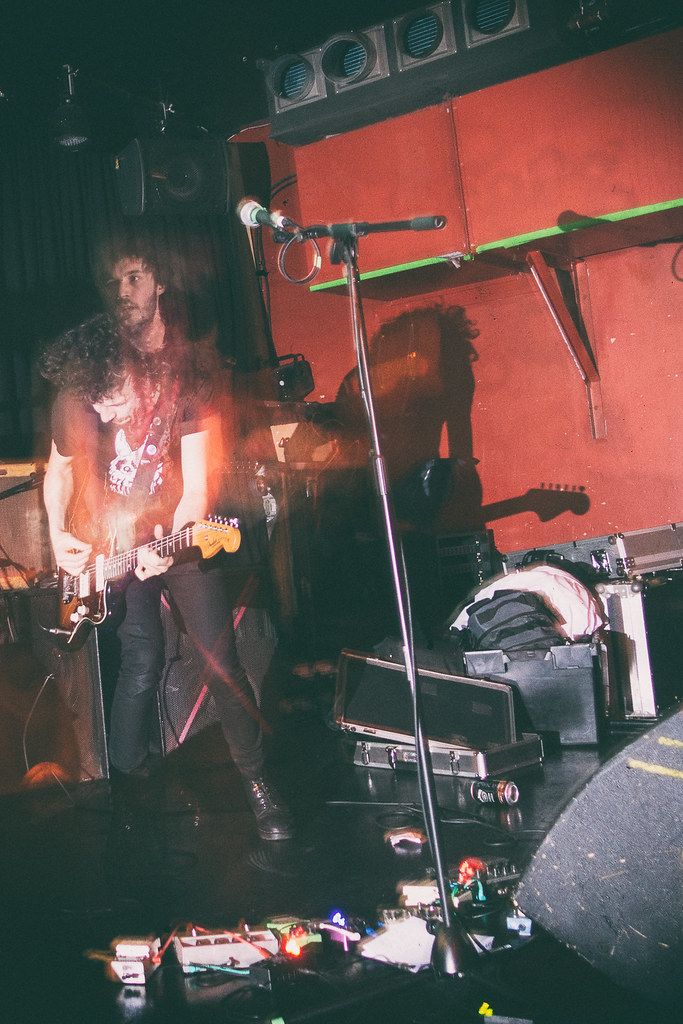